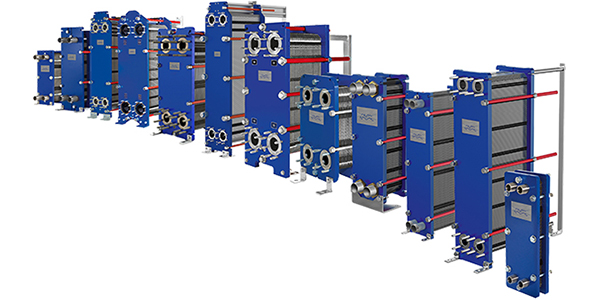 When Gustaf de Laval invented the first hand-driven cream separator on a farm in Sweden in 1877, the idea that he had started something that would grow into a dynamic, multinational industry leader was probably far from his thoughts. De Laval secured a patent for the device the following year; not long after that, farmers throughout Europe and the United States began demanding the invention. The De Laval Separator Company, the company he formed in 1883, would eventually sell 12 million of the devices worldwide.

The new concern soon established presences in global markets. One of the first of these was the United States, where the company opened its operation in 1885. The U.S. company met the demands of dairy farmers in upstate New York and New England. Soon, other farm applications were in the works. In 1898, The De Laval Separator Company introduced a yeast separator. In 1918, the company presented a milking machine that would lighten the laborious task of daily hand milking.

The company and its products expanded and evolved throughout the 20th century. De Laval began designing and manufacturing heat exchangers in the 1930s. The company introduced the oil separator during World War II, spurred by the Allies’ shortage of lubricating materials. This in turn led to the further development of industrial separators. In 1963, the company changed its name to Alfa Laval; also during the 1960s, it added pumps and valves to the product mix.

Today, Alfa Laval’s product range includes a wide variety of heat exchangers, pumps, valves, fittings, separators and decanters. But the company is best described as a leading global supplier of specialized process-engineering solutions. Its products provide solutions to the food and life-science industries — including the high-growth biotechnology and pharmaceutical industries, breweries, dairies and processors of edible oils and protein. Alfa Laval also supplies products to energy and environmental companies, such as fresh-water generation and sewage treatment plants. Its other process-industry customers range from petrochemical and oil and gas plants to sugar and starch facilities. Other market segments for Alfa Laval include marine and diesel, industrial fluids and utilities, OEM equipment, HVAC and refrigeration, and parts and service.

Equipment, systems and service for separation, heat-transfer and fluid-handling processes are all Alfa Laval core competencies. As a member of the Alfa Laval Group, the U.S. company is part of a network with sales spanning 90 countries worldwide. Based in Kenosha, Wis., the company employs some 1,100 people and is the largest contributor in sales volume to the Alfa Laval Group’s total annual revenues of about $1.6 billion worldwide.

Restructure, Refocus, Renew
Alfa Laval is currently experiencing its most important changes to date. The company has launched a restructuring effort that effectively transforms it from a product-based supplier to a customer-focused solutions provider. In the process, the company is dramatically changing the way it does business. As Alfa Laval USA’s president, Kirk Spitzer, explains, the company can no longer build products and then find sales opportunities. Now, Alfa Laval finds solutions for customers’ complex problems and applies its product to achieve a solution.

The new vision is driven by recent events whereby the formerly family-owned company was divested through an equity venture capital placement. The new majority owner, Industi Kapital of Stockholm, is a forward-thinking company that has endorsed the changes from the traditional Alfa Laval way of doing business. Eventually, the company will head the business toward a public offering, most likely on a European exchange.

“The goal,” Spitzer explains, “is to make us a more efficient company, streamline our internal processes and then take us public.” The company had been listed on the Stockholm Exchange until 10 years ago. Spitzer says, “We were traded there for many, many decades, and it would not be a difficult launch from an image standpoint. So that has been the vision and the plan going forward since August of last year.”

In response to the new direction and backed by a renewed source of capital, Alfa Laval USA has been reorganized into three business divisions: Process Technology, Equipment and Parts & Service.

Prior to the restructuring, Alfa Laval’s mindset was oriented around the product. “We worshiped the product,” says Spitzer. “The product was king, and we went out and tried to find customers for our products. We took all our resources and put them into product support. The problem with our former strategy was that Alfa Laval was serving many mature markets, and sales began to stagnate. We also missed an opportunity to provide better service to our installed base.

“Now we are going to market with a customer-segment mentality.” It’s an entirely new philosophy for Alfa Laval, Spitzer admits, “but it’s much more than a marketing philosophy. We provide our customers with solutions for their processes. The creation of the new Parts & Service Division is designed to correct our lack of focus on service.”
Rather than waiting for a customer to fit its solution, Alfa Laval has become more proactive. Spitzer says, “In the organization 10 years ago, we would have heard of a need and seen if our product fit that need. If not, we would have said, ‘We’re not interested.’” Now, “we see a need and try to come up with a solution in areas where our competencies lie.”

Cruising for Customers
Alfa Laval executives launched the company’s new direction at the Seatrade Cruise Convention in March. The cruise industry, as well as others the team is targeting, is a potentially huge market for Alfa Laval’s products. Cruise ships are growing bigger every year, and orders for new ship construction are at a record high. And as the size of the ships grow, they literally become floating cities with the capacity to house even small factories that make specialty products for those who come aboard.

One example is the possible addition of microbreweries on luxury cruise lines. “The idea is great,” Spitzer says, “as it represents another way cruise lines may be able to attract new customers to fill the coming ultracapacity ships. Our heat exchangers, separators and fluid-handling equipment are now used by microbreweries. So if the cruise lines adopt this idea, we’ll have the products for them.”

The cooling and heating functions of Alfa Laval’s heat exchangers are also adaptable for the air-conditioning and heating demands of the ships’ huge ballrooms and casinos. The company’s separators also clean fuel oil while the heat exchangers cool the engine. “We’re already working with the major OEM engine builders,” Spitzer says, “and we have a separator developed with them for this purpose.”

Another opportunity for innovation lies in the dilemma cruise lines are currently facing: cleaning dirty bilge water to reduce pollution, and the worldwide transfer of creatures to non-native environments. It’s a problem that will have cruise lines in international hot water if a solution is not found — and Alfa Laval is working to find it. “Cruise ships are a big potential area for us. We have service centers, sales companies and repair shops literally in every major port in the world.” Spitzer says. “If they buy Alfa Laval equipment, they can get Alfa Laval service in any port of call.”

It is this kind of innovation that is the thrust behind Alfa Laval’s new vigor. This is a strong company, but it’s restructuring to make itself stronger. From its beginnings as an innovative separator manufacturer to its new start as a customer-focused solutions provider, Alfa Laval has proven itself time and again as an industry leader.