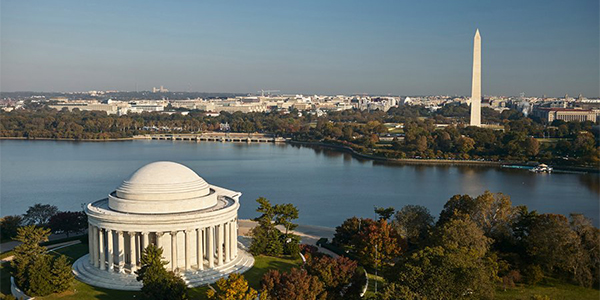 Legendary Federal Reserve Chairman Alan Greenspan and his successor Ben S. Bernanke may both have played the saxophone in their youth, but there the similarity ends. That is troubling because from Capitol Hill to Wall Street to the money capitals of the world, there has been an almost universal rejoicing at President George Bush’s nomination of the jolly former head of the Princeton economics department to take the chair at the end of January from the fabled Wizard of Constitution Avenue, Dr. Greenspan. Whatever Dr. Bernanke is, and he is many things that are good, he is not Alan Greenspan. Therein lies the problem.

What’s troubling is the danger in believing that the American central bank is a conservative institution that will guarantee low-inflation, low-interest rate economic growth not just for the United States but for the rest of the global marketplace as well. It is so comforting a myth that the consensus comment about the Bernanke nomination has been the wishful hope that all things will remain just as they are.

They won’t. They can’t. For one thing, the very idea of a smoothly controlled Federal Reserve neatly balancing the capital marketplace is a myth in itself. Put aside its history of bailing flawed American financial institutions upon demand over the last 30 years. The Fed today is not what it was even when Greenspan took office in 1987.

Power, along with huge reserves of dollars, has shifted to the central banks of China, Japan and elsewhere in Asia. And under steady deregulation beginning in Ronald Reagan’s era, the Fed has lost most of its technical powers to tweak rates on bank deposits and on the flows in and out of government securities and thereby rebalance markets out of skew. Its rate on federal funds loaned to banks overnight is its main lever these days and it’s not much. Then there is the fact that even Alan Greenspan wasn’t Alan Greenspan. That is to say, after one brief crackdown on frothy market speculation when he took office – it provoked a Wall Street panic in October 1987 – the chairman has been far more accommodating to capital growth and easy liquidity than any Fed chairman of my memory. This despite a universal reputation as a tough guy on inflation.

What, you say? How about the 12 straight increases in both the federal funds and the bank prime rates enforced by Greenspan’s Fed since June 2004? At 4 percent, the fed funds rate is at its highest level in four years; so too the 7 percent bank prime rate. Greenspan has accomplished this with 12 steady quarter-point incremental increases and most forecasts call for him to do it again twice more – in December and in January – before he leaves office.

Moreover, Bernanke is predicted to add another quarter point in either February or March 2006 just to show that he is serious about inflation. This would leave the federal funds rate next spring at 5.5 percent. But that was starting from a base fed funds rate in June 2004 of just 1 percent. Factor 2 percent inflation per annum from then until now and the Fed was actually giving money away then and is hardly cracking back as did Greenspan’s predecessor Paul Volcker in 1980 when he took the rate to 12.5 percent. Now that was tight money.

Now look at Bernanke himself. He is described as a devotee of monetarist Milton Friedman, and that’s good. He has pledged to combat inflation and has taken stands against the heavy binges of deficit spending and against the speculative bubble in American housing prices. And that is good too. But his biggest flaw may be an academic’s inexperience in the way that government policies affect the private marketplace. Or put more narrowly, he has never been in on the marketplace side when the Fed’s policy changes ripple into the global marketplace and then bounce back from other central banks – from Europe to Asia – playing their own narrow games. After all, he had just two-and-a-half years on the Fed Board as a governor and just 126 days as President Bush’s chief economic adviser this past summer before his elevation.

Silence Can Be Golden
For example, Bernanke is on record explaining that the U.S. current account deficit is in part due to “a significant increase in the global supply of saving.” This is a colossal misstatement of conditions for one of the key challenges that will face him.

The dangerous fact is that most of the “savings” that Asian central banks have used to buy U.S. Treasury securities (and thereby prop up the various deficits and borrowings in America) do not come out of the thrifty inputs of millions of individual citizens. These are illusory created deposits invented by the Asian central banks themselves in order to keep their own wage and product price levels – measured in dollars – artificially low and thereby making their products more marketable.

His much talked of desire for the Fed to set a “target” for inflation and thereby increase transparency in the central bank’s deliberations, like the Bank of England and other institutions, probably will not come to much. He will quickly realize that to publicly state a goal of, say, 3 percent inflation growth, will install that rate as the base that the market will then augment at will.

Who knows, he may even learn to speak in those tantalizing riddles that made Greenspan-watching so engrossing. Good luck to us all.