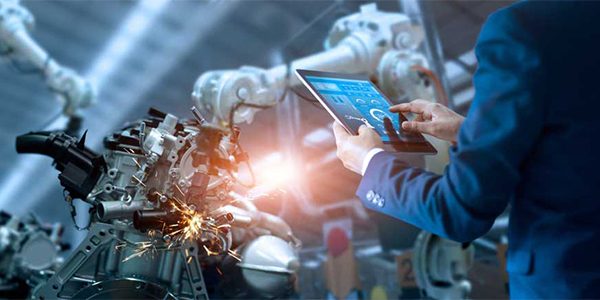 The first Bush Administration created a unique blueprint that will form the basis for the second Bush Administration’s policies to help U.S.-based manufacturers meet the multiple challenges they face, especially from the rapid economic rise of China and its aspiration to become the “factory floor of the world.” Donald Evans, former U.S. Secretary of Commerce and “best friend of the president,” personally led the formation of that blueprint, the “President’s Manufacturing Initiative.” The 55-policy measures under that initiative were embodied in a report entitled Manufacturing in America, released by Evans in January 2004. The following comments are grouped under the principal policy headings in that report.

Federal Manufacturing Focus: This is an area in which solid progress has been made since January 2004. A new “President’s Manufacturing Council” of 15 industry leaders has been formed and is at work under the Chairmanship of Don Wainright, CEO of Wainright Industries. Al Frink, CEO of Fabrica, was confirmed in September as the first Assistant Secretary of Commerce for Manufacturing and Services – dubbed as the “Manufacturing Czar” – and is off to a strong start. He is publicly emphasizing that his principal charge is to pursue the 55 policy recommendations in the President’s Initiative.

One key organizational recommendation that has not yet been fully implemented is an interagency Task Force on Manufacturing, chaired by the secretary of commerce. The fact that the incoming secretary of commerce, Kellogg CEO Carlos Gutierrez, is a manufacturer creates hopes that he will be an active leader of this Interagency Manufacturing Task Force. This will be a measure of his effectiveness in serving the manufacturing community.

Tax Policy: The omnibus tax bill signed by the President in September was a clear plus for the nation’s manufacturers. It replaced Foreign Sales Corporation/ Extraterritorial Income (FSC/ETI) tax subsidy with a reduction in the corporate tax rate from 35 to 32 percent for domestic production and gave companies that were sheltering their earnings abroad under FSC/ETI a one-year grace period to repatriate those earnings at only a 5 percent tax rate.

Beyond these achievements in 2004, the president has personally made tax simplification, another policy proposal in the President’s Initiative, one of his top two domestic policy priorities (the other being Social Security reform) for his second term. Tax “simplification” is, of course, an immensely complex and ambitious goal for which he will need his full authority and leadership.

Ways to Lower Manufacturing Costs: This is the richest set of policy proposals under the President’s Initiative, cutting across a broad array of major, often seemingly intractable, policy areas: health care, energy cost and reliability, legal reform, pension liabilities, worker’s compensation, and regulatory reform. Most of these cost issues are all high priorities on the agenda of the next Congress, which will commence its work in January 2005. Health, medical liability, energy, pension reform, and class-action litigation affect the entire economy and engage multiple interests. What to watch for: the degree to which the manufacturing community and manufacturing policymakers (such as Gutierrez and Frink) influence the pace and outcome.

Technology and Innovation: Under the Chairmanship of Phil Bond, the Under Secretary of Commerce for Technology, the White House has also established an Interagency Working Group (IWG) on Manufacturing R&D which has already identified three broad thrust areas for federal investment: intelligent manufacturing, nano-manufacturing, and manufacturing in the hydrogen economy. Also on the “good news” side of the ledger, the administration has called for consideration of a major R&D initiative in “productivity-enhancing technologies,” a metaphor for manufacturing process technologies. What to look for: the maturation of this proposal into a full “Presidential Initiative” for manufacturing R&D following the model used to develop major technologies over the past 50 years, e.g., semiconductors, computers, network communications, human genome, and the current $4 billion nanotechnology initiative.

The bad news is that the administration is still failing to support the popular Manufacturing Extension Partnership Program administered through Commerce. The president’s budget for the next fiscal year will propose zero funding for this $107 million program. What to look for: The leadership of Gutierrez and Frink in preserving this valuable technical assistance program to the nation’s some 305,000 smaller manufacturers.

Workforce Education and Training: Given the single-minded focus of the White House and the U.S. Department of Education to the president’s notable “No Child Left Behind” program, which establishes standardized test scores and accountability in the schools, it is encouraging that the President’s Initiative contains proposals for the kind of career and technical education and training so essential to manufacturers.

One result has been the inclusion of a $25 million “Advanced Manufacturing” section in the President’s High Growth Jobs Initiative funded through the Employment and Training Administration at the U.S. Department of Labor. It is also encouraging that Secretary of Labor Elaine Chao personally announced (on Election Day) that a portion of those funds is being used to support the work of the Manufacturing Skill Standards Council (MSSC), an emerging nationwide certification system for production workers based upon industry-defined skill standards.

What to look for: the degree to which industry-led standards and certifications are supported through the reauthorization of the Perkins Vocational Education Act and the Workforce Investment Act due in 2005.

Trade Policy: A major policy objective of the President’s Initiative is enforcing current U.S. trade agreements and combating unfair trade practices. The U.S. Department of Commerce’s follow up in this area has been impressive.

Commerce has responded with a number of organizational innovations to strengthen America’s hand in trade: the creation of a proactive Office of Investigations and Compliance to monitor trade agreements; an Unfair Trade Practices Task Force to
recommend sanctions and identify anti-dumping violations; a new China Enforcement Office; a strengthening of the National Intellectual Property Enforcement Coordination Council; a coordinated Strategy Targeting Organized Piracy (STOP), to crackdown on the theft of U.S. intellectual property, and the appointment of a new Assistant Secretary for Trade Promotion, Rhonda Keenum. Commerce is also working with the White House to establish an interagency Federal Rapid Response Task Force to address the structural economic challenges facing manufacturing communities hit by economic downturns. In addition, Commerce is pressing Congress for legislation to strengthen the ability of the U.S. Patent and Trademark Office to protect manufacturers’ intellectual property.

In an effort to reduce the mammoth trade deficit with China, the administration continues to urge China to un-peg the yuan from the dollar, and there are signs that Beijing is giving this more careful consideration. While Treasury Secretary Snow continues to pay lip service to the importance of “a strong dollar,” the administration and U.S. manufacturers are banking on an export boost from today’s soft dollar. In the meantime, the administration is pressing ahead with its aggressive effort to open global markets through free trade agreements (FTAs).

As the foregoing examples suggest, the administration has made a solid start since last January on implementing many of the policy recommendations in the “President’s Manufacturing Initiative.” The greatest challenge facing manufacturing advocates inside and outside government will be to find the revenues needed to support most of these proposals at a time of growing pressure to rein in a federal budget deficit approaching $500 billion annually. What we will learn soon is whether the administration’s’ commitment to manufacturing was simply an artifact of the recent presidential election or whether there is a more fundamental, longer-term grasp of the importance of a strong industrial base to the nation’s economic future.

Leo Reddy is CEO and founder of the National Council for Advanced Manufacturing, a Washington, D.C.-based think tank. Reach him at ReddyL@nacfam.org