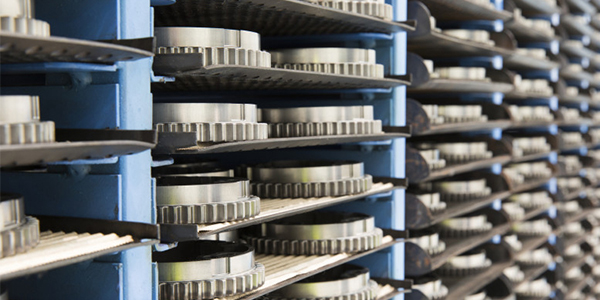 GKN Sinter Metals, by far the world’s largest full-service supplier of precision powder metal (P/M) parts, is engaged in an intensive drive to improve its lion’s share of the industry’s revenues in order to maintain its strong technological position.

“We want to be the leader in innovation and in the technology of powder metals. That’s our intent and, with the size we’re achieving, we will have the financial strength to do that. The emerging technology and creativity of this company are providing enough critical mass to enable us to take that technology even further,” says Seifi Ghasemi, president and CEO.

The corporation’s global headquarters in Auburn Hills, Mich., oversees 6,000 employees in 33 production units, including 19 in the United States, six in Germany and others in Italy, Argentina, Canada, South Africa, Sweden and the U.K. There also are joint-venture operations in India and China. The creation of the world’s largest P/M parts producer began with the aggressive consolidation strategy of Sinter Metals, Inc., of Cleveland, Ohio, and its 1991 procurement of Pennsylvania Pressed Metals. Seven more acquisitions followed, culminating in the 1996 purchases of Krebsoge Sinterholding GmbH and Powder Metal Holding, Inc.

In 1997, when the company combined with GKN Bound Brook, the corporate title of GKN Sinter Metals was born. The parent company, U.K.-based GKN plc, is a publicly held, global industrial firm that dates to a 1759 foundry enterprise. With sales of $6.1 billion and 40,000 employees in subsidiaries and 16,300 more in joint ventures, GKN has operations in more than 40 countries and produces automotive, aviation and aerospace products as well as other equipment and services.

Nine additional acquisitions followed the GKN Bound Brook transaction. The last, in October 1999, was the purchase of Borg-Warner Automotive’s Galli-polis, Ohio, operation, a plant that specializes in powder forged races for transmissions and torque converters. “There have been a lot of acquisitions, but there has also been an organic growth of about six percent a year,” Ghasemi points out.

The prestige of P/M products is also increasing, he says, especially in the automotive industry, where the precision molded parts are widely specified be-cause of the variety of metals available – from steel to super alloys – that can be formed. Also, high dimensional accuracy allows mass production of parts at or close to net shape.

“At the very heart of the advantages of P/M technology is the savings it provides in machining time,” Ghasemi says.

The Strategy And Its Success

“When we developed a strategy in 1998, we aimed at doubling the company’s size by the year 2002,” Ghasemi says. “Our sales were then $500 million. We set a target of $1 billion, and we are well on our way with a current projected sales figure of $800 million.

Besides negotiating key business acquisitions, GKN Sinter Metals has generated its 6 percent core growth by working on new product and service development and by entering new geographic markets. It has gained a 16 percent share of the industry’s $5.0 billion market, including 45 percent of P/M sales in the United States. In a worldwide industry that has been historically fragmented and without a dominant member, the corporation has become a leader by a factor of four, meaning its nearest competitor is only one-quarter of its size.

Ghasemi notes that a key ingredient in the corporation’s outstanding performance has been its ability to engender a positive attitude in its work force. “Having the best-qualified people is not enough,” he says. “It is important to create an environment that inspires these people to do their best.”

A leadership position brings responsibilities as well as rewards, Ghasemi says. “Our stated goal is substantial growth while at the same time leading the industry by developing new P/M materials, processes and applications to better serve our customers. We intend to accomplish this goal through strong customer focus, continuous improvement, strategic acquisitions and employee empowerment. As I spend time with our employees and customers throughout the world, I continue to hear a clear message: ‘Commitment and performance.’”

Automotives in the Lead

GKN Sinter Metal’s primary’ customer base is comprised of the world’s leading automotive manufacturers and their first-tier suppliers, who account for 70 percent of the corporation’s sales.

General Motors is No. 1 on the customer list, with Ford and DaimlerChrysler following in that order. The typical 1999 American automobile has about 40 pounds of P/M parts in it, up from 32 pounds in 1998, Ghasemi explains. Hundreds of sintered structural parts designs associated with engines, transmissions and steering mechanisms are sold to the industry. In addition, the increased density and strength of powder- forging technology is used to produce connecting rods, automatic transmission races, hydraulic circuit components, high-impact safety elements and high-strength gears.

Another popular product with the automotive industry and others is the sintered bearing, one of the earliest P/M innovations, according to Ghasemi. Known for their longevity, operational advantages, economy and freedom from maintenance, the self-lubricated bearings are ideal for applications where periodic lubrication would be difficult or impossible or where grease or oil contamination would be a problem.

Surface pores on the sintered bearing form an interconnected storage system of controlled size and volume. The pores are initially filled with oil and allow for even lubrication over the entire bore surface for the lifetime of the machine in which the bearings are installed. The rate of oil supply automatically increases with temperature and, therefore, with increasing rotational speeds.

Other purchasers of the corporation’s more than 4,000 different parts designs are commercial and recreational vehicle companies and manufacturers of lawn, garden and household appliances and power tools. Black & Decker, Briggs & Stratton, General Electric and Electrolux are among GKN Sinter Metal’s global customers. “You would be amazed at the things you have in your household that have essential P/M parts,” Ghasemi says. “Our products may be unfamiliar, but they’re used inside very familiar products.” 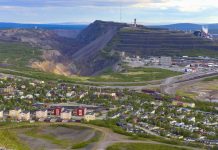