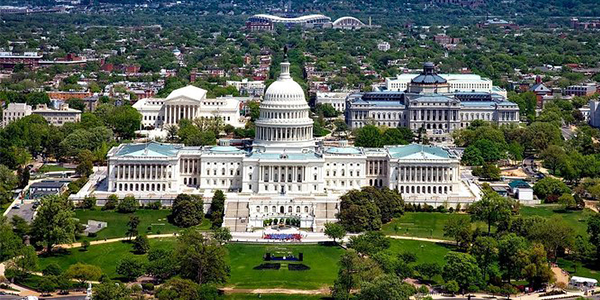 Although the first three months of 2005 appear to be churning along a positive (if somewhat anemic) path, there are policy decisions being shaped in two capital cities that will shape events for the rest of the world for the rest of the foreseeable future.

Officials in both Washington and Beijing are belatedly coming to grips with the serious imbalances that threaten their two giant economies. On the surfaces their problems are similar. The two economies are enjoying more growth than their major trading partners in Europe and Asia. But those growth patterns have been subsidized by deliberately devalued currencies and by a sharp-eyed calculation that foreign investors will make up the shortfall because the two big arenas are the only place to win big profits in the global trade game.

The similarities end at that point. To the extent that China has bet its prosperity on selling an increasing volume of its low cost products into the rich American market and in attracting a flood of foreign bank loans, its coming crisis is far more serious. Worse, when (not if) China’s economy runs aground, the shock waves will destabilize the already vulnerable economies of Asia from Japan’s industrial giant to Myanmar isolated backwater.

It gets even worse for Beijing’s planners. A strong case can be made that the Bush Administration’s announced plans to rein in the insupportable government budget and trade account deficits will, to the extent they succeed, further destabilize China’s links to the U S dollar and its own ability to service the mount of debt it already has and to attract still more billions to keep afloat.

Make no mistake, while the Bush Administration remains heavily involved in Iraq and in pursuing the rest of its ambitious foreign policy goals, the president has joined forces with no less than Alan Greenspan, chairman of the Federal Reserve Board of Governors, in putting the squeeze on both the budget spending overruns and the skyrocketing flood of imports into America.

Administration and central bank officials have their hands full. The budget President Bush presented to a skeptical Congress is an astonishing $2.5 trillion dollars. Of that, the President has pledged to limit the category known as non-defense discretionary spending to only 0.8 percent gain in the fiscal year ahead. While that is a cut in real terms (when measured against a 2.3 percent inflation rate) that hold-steady only accounts for 17 percent of the total budget spending. The bulk of the budget is divided up into two sectors that cannot be cut: the Pentagon’s growing war spending and those programs called “entitlements” such as Social Security, other pensions, poverty programs, education grants and other items that are locked into fixed appropriations year after year.

But even with that limited agenda, Mr. Bush will have problems with his own majority in the Congress. In this budget he proposes actually cutting funds for 150 programs such as farm subsidies, environmental protection, law enforcement grants and the like. In last year’s budget (the one currently running) the president had proposed saving $5 billion through cuts to 65 programs; Congress agreed to cut only five. So do the sums yourself. The fiscal year 2006 (it starts in October) will be the operating budget for the government during next year’s Congressional elections; so why should the legislators cut out the very programs that win voter gratitude?

Fed To Push Rates Up—Dollar Down
This leaves the ball firmly in the Fed’s court. This means that American interest rates, which had been negative when adjusted for inflation for much of the last five years, will be rising more sharply than they have been during 2004. A six percent federal funds rate by year-end is not out of the question.

Over the immediate term that will not bring any relief to the current account deficit which has been spurred to record heights by last year’s unprecedented $617.7 billion trade deficit. Higher interest rates will at first widen the current account gap by as much as seven-tenths of a percent of gross domestic product because payments to foreign investors and banks will have to rise.

That in turn means that Washington will continue its policy of letting the dollar drift even further than the 16 percent drop it has fallen against the basket of major trading partner currencies over the past three years. The hope, and it is a forlorn one, is that a cheaper dollar will make American exports more competitive in a world marketplace where demand is not expanding all that robustly.

It is true that U.S. exports did rise in the last two months of 2004 to reach a $1.146 trillion total against the $1.764 trillion import inflow. But for exports just to keep pace with the rise in imports they will have to surge by 40 percent faster.

Even if the Bush-Greenspan plan is to succeed in cutting spending overruns and curbing the trade gap it will take time. Because U.S. rates have been low, China has been happy to sell us goods and buy U.S. Treasury paper with its trade surpluses but that may be coming to an end. Our trade deficit with China rose more than 30 percent to $124 billion. There also were large increases in the deficits with Japan ($75 billion). China’s economy is debt driven; new bank loans doubled between 2001 and 2003 and were expanding at a 26 percent rate during the first half of last year. But that pattern could shift dramatically if Greenspan starts offering 6 percent or better base rates to foreign investors and central banks, even those who have been buying Euros as a hedge in the past year.
It’s a close call all around.