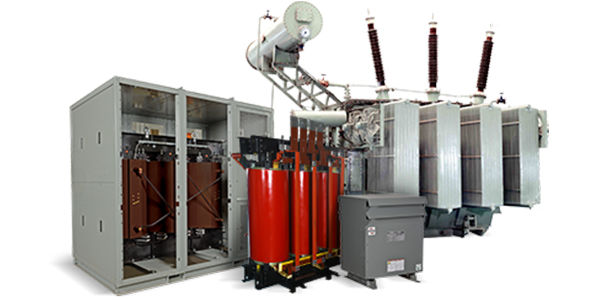 With electricity, it’s the law. Ohm’s law: The amount of steady current through a material is proportional to the voltage across the material. And Coulomb’s law, stating the relationship between electrical force, charges and distance. Plus Faraday’s five laws, governing electrolysis and electromagnetic induction. However, it is not the laws of physics that concern businesses with power requirements. It is the need to use electricity efficiently, cost-effectively, safely and with regard for the environment. And it is those concerns that motivate businesses to rely on Hammond Power Solutions Inc. (HPS) for reactors, control transformers, dry-type distribution transformers, autotransformers, motor starting transformers, drive-isolation transformers and power transformers.

Power Line
Since 1927, this family-operated enterprise has been manufacturing transformers and enclosures under the banner Hammond Manufacturing. Founded in 1917 by Oliver Hammond to build foundry tools, the Canada-based company transformed its operations over the next 10 years. The complete transition to transformers occurred when the founder’s four sons took charge of the business in 1927. The company grew as the need for transformers increased, especially during World War II, the postwar boom and the period of proliferation in computer and telecommunications technology.

In January 2001, the third generation of Hammonds in power reorganized the business into two companies. Now, William G. Hammond heads Hammond Power Solutions Inc. (HPS.A on the Toronto Stock Exchange), which manufactures transformers; and Rob Hammond leads Hammond Manufacturing, which makes enclosures. Todd McDonald, marketing manager, explains, “The goal of the split is to focus on individual strengths because the two companies have different customers and different market needs. The new company will be able to focus more both on custom solutions and on developing new standard lines for our markets.”

Manufacturing Grid
Producer of the broadest range of dry magnetics in the North American market, HPS ships more than 14,000 different parts annually, including 3,000 new designs. Last year, about 300,000 transformer products were delivered. Sales in 2000 were in excess of $82 million and are expected to exceed $86 million this year, with approximately 70 percent in the United States.

Maintaining its base in Guelph, Ontario, the corporation has added four locations: Walkerton, Ontario; Baraboo, Wis.; Compton, Calif., and Monterrey, Mexico. Three of the sites are certified for ISO 9001. Total manufacturing space is approximately 245,000 square feet. McDonald points out that redundancies in manufacturing capabilities among the locations help to minimize shipping costs and reduce lead time for custom products.

The more than 600 HPS employees work in a team-oriented business that includes one of the largest engineering staffs in the industry. “Our strategy has always been our engineering strength and custom capabilities,” McDonald comments. “We have the ability to support the most technically challenging industries and supply applications with unique requirements.”

With its engineering prowess and a reputation for delivery on time or ahead of schedule, HPS is a leader in supplying standard and custom-engineered transformers to the North American electrical industry. Products are sold by the HPS sales force and industry representatives.

“We have one of the largest shares of the Canada market,” McDonald notes. “That market has been stable and steady for five to 10 years. We have a very small percentage of the U.S. market, but we’ve become a growing player there by making people aware of who we are and what we offer.”

Current Products
Basically, a transformer is a device that converts alternating current from one voltage to another. McDonald explains, “Our biggest seller is distribution transformers – about 50 percent of sales. These transformers change the voltage to make it usable in a building. Depending on the area and the voltages supplied from transmission lines, 480 or more volts may be on the lines within a building, and that has to be stepped down to 120 or 220 to be used by equipment within the building.”

McDonald says power transformers are the company’s next product level. “These drive enormous equipment, such as mining shovels that are electric. The transformer is designed to react to the equipment when it is and is not moving and to the environment, which can rough,” he explains. Power transformers are also used to bring the high- voltage transmission lines down from 13,800 or more volts to 480 volts prior to distribution within a building. Also, HPS produces the small transformers found in machinery such as a robotic arm. “An HPS transformer can control and regulate the power to the arm by isolating it so that the arm’s stops and starts do not affect other electronic equipment in the operation,” says McDonald.

Among the applications for HPS transformers are: steel mills, mining centers, earth-moving equipment, offshore drilling platforms, shipbuilding, electric trains and subways, medical equipment, co-generation systems, elevator controls, airport lighting, pulp mills, refineries and sewage treatment plants. In addition to offering an array of quality dry-type transformers that are both safe and environmentally friendly because they do not use oil for lubrication or heat dissipation, HPS has the distinction of building the world’s largest dry-type transformers. Four of them, each weighing in excess of 70,000 pounds, were built and delivered by HPS on a critical time schedule.

Future Arcs
With a database of 300,000 transformer designs, the transformer manufacturer is prepared to continue supporting its customer base while powering up in new markets. Commenting on HPS’ plans, McDonald says, “We see growth in the power quality market, which eliminates bad elements such as voltage spikes, noise, harmonics and gaps. Computers and all equipment that contain microchips are sensitive to power and current changes. As industries become increasingly reliant on computerized equipment, power quality will be a growing concern. ”

The marketer says that power excitation (co-generation) is another growth area: “With the deregulation of power in the United States, a lot of companies are concerned with the consistency of their power supply. Many of these companies are setting up their own power supplies as a backup and tying them into their own power grids. Think of the energy concerns in California, and the number of companies that would have liked to have had a backup power supply for their company when the power in the area went out.”

On the outlook for marketing standard and custom products, McDonald says, “We are looking to expand sales of the standard line in the U.S. market as well as add to our custom capabilities. We want to penetrate this market and offer the full range of power solutions.” A high-powered plan for a high-performance manufacturer.