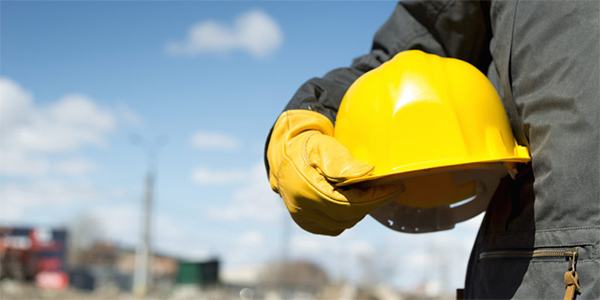 The Navajo Generating Station (NGS) is located on the Navajo Indian Reservation four and a half miles southeast of Page, Ariz. The eighth largest coal-fired power-generation station in the United States, it was conceived back in 1968 and is commonly referred to as the Navajo Power Project. The plant is a consortium of western utilities and power providers, including the U.S. Bureau of Reclamation, the Salt River Project, the Los Angeles Department of Water and Power, Arizona Public Service Company, Nevada Power Company and Tucson Electric Power Company.

NGS produces 2,250,000 kilowatts, provides electricity to more than 500,000 customers in Arizona, California and Nevada, and maintains one of the lowest production costs in the utility industry. It has created jobs for hundreds of locals including residents of the Navajo Reservation.

Completed in 1976, NGS took six years to build. Bechtel Power Corporation, the world’s largest and most experienced engineer-contractor of electric generating facilities, built the three units on 1,786 acres of land leased from the Navajo Nation. “Obtaining the rights to use reservation land was a complex issue,” explains Plant Manager Charles Brumback. “It’s almost like trying to do business in a foreign country. Reservations are land held in trust by the federal government for the Indian nation it is allocated to.

Indian nations are essentially empowered like states. In issues of land ownership for leasing and setting up of facilities, there are political steps that must be taken. Following negotiations with any tribe you need to get the approval of the secretary of the interior. It is an involved process.”

Worth the Effort
Today, the Navajo Generating Station is one of the most reliable power-generating plants anywhere. “We are constantly measuring our performance with regards to capacity, availability and forced outage rates,” says Brumback. “We’re very proud of the fact that we are consistently at half the national average for forced outage rates for plants of our size. We run with equivalent availability factors of over 90 percent regularly, and that has put us among the most reliable units during the last several years. In three of the last six years, we had the No. 1 unit, and no other plant in our peer group can claim such an accomplishment.”

When the original owners had the vision to build the plant, they knew the southwestern site was perfect. It had the availability of competitively priced fuel, a reliable supply of cooling water, proximity to major areas where power is needed and a nearby community from which to draw employees.
Currently, about 520 full-time employees work at NGS.

Depending on the amount of work scheduled during planned maintenance outages, another 300 to 800 temporary employees may be working at the plant for periods of six to eight weeks. Reflecting NGS’ commitment to employing the residents of the reservation on which it resides, more than 60 percent of the work force is Navajo. “There is no doubt that jobs and certain economic development resulted because of our presence,” says Brumback. “We’ve created job opportunities for a lot of Native Americans who might have otherwise been struggling to exist. But more importantly, we’ve been able to achieve retention and production numbers that set the standard around the nation. We’re very proud of that.”

The plant also encourages its work force to support the community in which they live. Many NGS employees are mayors, councilmen and school board members in the local area. More than 85 percent of NGS’ employees contribute to charitable organizations.

Green Power
Initially, the cost to build the three-unit generating station and coal-hauling railroad was $682 million. Approximately one-third of that construction cost was invested in environmental protection. It was clear from the start that environmental concerns were a top priority with the plant’s creators.

“We have one of the cleanest coal-fired generating stations in the West,” says Bob Candelaria, manager of environmental and laboratory services for NGS. From the day the facility began its operation, NGS operated and continues to operate well within all environmental standards. To maintain this, an additional $77 million in environmental technology has been spent since its opening to ensure NGS meets all Environmental Protection Agency (EPA) standards. The air quality at the plant is monitored by CEMs and reviewed daily by the environmental staff. Additionally, the group participates in extensive, long-term environmental research with several governmental agencies.

In addition, NGS recently added sulfur dioxide scrubbers to all three units at a cost of $420 million. The scrubbers polish the flue gas through a reaction with a limestone slurry. The sulfur dioxide is absorbed, and the result is a 90 percent reduction of the amount emitted into the atmosphere. In the late 1980s, concerns were raised about the impacts of NGS’ emissions on the visibility in the area, particularly at the Grand Canyon National Park 80 miles to the southwest. When the EPA proposed that NGS’ emissions be appreciably reduced, Salt River Project took a leadership role to address those concerns. While NGS’ impact on visibility at the Grand Canyon remained uncertain, there was no uncertainty about the importance of the Grand Canyon.

Salt River Project consequently began meeting with representatives of the Grand Canyon Trust and Environmental Defense Fund to negotiate an agreement to reduce NGS’ sulfur dioxide emissions. In 1991, then-President Bush visited the Grand Canyon to sign the Navajo Visibility Agreement during a ceremony honoring Salt River Project and its partners. Its agreement with the EPA to reduce NGS’ emissions marked a breakthrough in formulating federal policy through negotiations, and placed Salt River Project firmly at the vanguard of environmental improvement.

NGS is also committed to preserve the water quality at Lake Powell, which supplies the water used by the station. Rather than returning the water to its surrounding sources, the station reuses many times over and recycles it through mechanical reclamation. “The big natural resource concern in the West has always been water. At this facility there was a commitment made not to return any of the water used at the plant to Lake Powell or the Colorado River,” says Candelaria. “Instead, we use evaporation, brine concentrators and a crystallizer to maintain the plant water balance.”

What was once a vision and may have seemed a monumental undertaking is today a success and a reality. Committed to environmental protection, maintaining a local work force and providing competitive rates, the Navajo Generating Station has overcome hurdles and obstacles, but has always persevered. It is indeed the powerhouse of the West – one that will provide a much-needed electrical resource for generations to come.