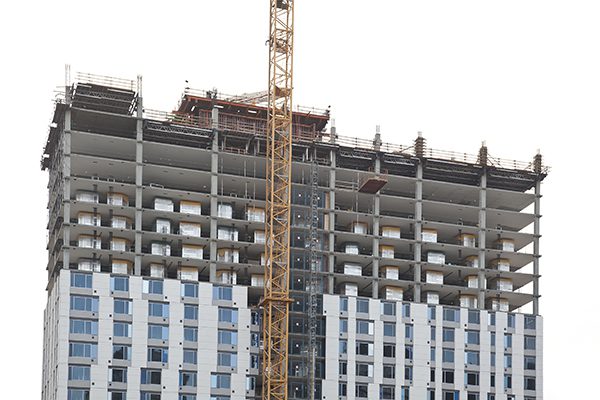 With its modular pre-fab bathrooms, Orlando-based Oldcastle SurePods is providing these and other benefits while, revolutionizing the construction industry, a hundred bathrooms at a time.

One of the most enduring and exasperating, not to mention expensive, rituals that marks the end of any major hotel or residential construction project is the punch list inspection, in which owners, architects, and subcontractors visit a site to ensure the final product is up to snuff. The ritual is all the more complex when it comes to bathrooms, where as many as 10 separate subcontractors – from tilers and carpenters to plumbers and electricians – are involved. Says Bill Seery: “the constant parade of trades is almost comical.”

Seery should know. As Director of Business Development for Oldcastle SurePods, North America’s leading producer of factory-built bathrooms, he has often had a front-row seat to such spectacles. In contrast to the finishing work required for a building’s structure and interiors, because of the participation of so many different trades, bathroom work can easily add up to 70-80 percent of the items on a punch list. Rectifying discrepancies that range from a scratched tile to an off-center light switch – and doing so in tight settings – can bust budgets and delay delivery by weeks.

“When it comes to interior work, bathrooms are schedule killers,” declares Seery. “With this in mind, when we started out, we wondered what if we could turn a bathroom into a factory- built product? Not only could we accelerate construction radically, but we could also provide a better quality product.”

“We” refers to Eggrock, the first producer of modular bathrooms in the U.S., which Seery co-founded in 2004, in Concord MA. The catalyst for the company’s creation was a looming demographic crunch as a generation of baby boomers who dominated the traditional trades began to retire. “We knew that as a result of fewer trades trying to do more work there would be a trend to move from onsite construction into a manufacture type environment,” explains Seery. “Pre-fab would particularly fill the void in terms of certain types of construction involving high-volume, repeatable designs, such as those used in hotels, dormitories, and even multi-unit apartment buildings.”

Eggrock’s SurePods were ideally suited to large, schedule-driven projects in which bathrooms were uniform and produced in quantities of over 100, the better with which to take advantage of economies of scale. Yet, despite the myriad benefits, at the outset, SurePods were deemed wildly radical in an industry dominated by manual trades. Initially targeting the hospitality industry, the fledging company set out to prove that it could open a hotel two months early by relying upon technology instead of traditional construction methods. One of its first clients, Marriott, was so convinced by the results that it quickly signed on for more projects. So did Hilton, Intercontinental, and Hyatt.

Business was booming until the hospitality segment took a major hit following the recession of 2007-2008. In 2012, the economy had begun to rebound, but Eggrock was still struggling when it found itself on a mutual job with Oldcastle, the largest manufacturer of building materials in the U.S. “We make a product that goes in the interior of a building, while they do the pre-cast steel, glass, and paving on a building’s exterior,” points out Seery. “It was an intriguing place for them to bring the battle – so they acquired us.”

Since the acquisition, the hospitality sector has come back strong. Predicting that robust growth will continue for several years to come, Oldcastle SurePods has been expanding and capturing market share. Today, its client list includes the four major U.S. hotel chains along with private boutique firms, all of which specialize in three to exclusive five-star properties.

“We’ve taken the hotel side so far forward that we’ve created standardized products for clients,” says Seery. “As a result, now Marriott can just download its own models and drop them into a plan. This simplification of construction and design is one of our end goals. What we’ve done is we’ve turned bathrooms into an appliance like a refrigerator.”

Another goal has been to branch out into new segments including healthcare facilities (Wellington Regional Medical Center, FL; University of Texas Southwestern Medical Center); university dormitories (University of Tampa; Florida Atlantic University), and even military barracks for the U.S. Army (Fort Carson, CO). Increasingly, Oldcastle is also focusing on apartment towers such as the Prospect Plaza apartments in Brooklyn. Many of these new ventures are fuelled by the growing importance of Millennials, who are currently driving trends in so many sectors. Says Seery: “Millennials are moving back into cities and opting for downtown living in multi-family apartments. In terms of hotels, they’re spearheading certain design trends, such as downtown addresses whose greater density of smaller rooms result in lower room rates.”

At the present, hotels comprise around 70 percent of Oldcastle’s business. Its success in the hospitality segment has leveraged huge rates of growth; over the last two years, the company has experienced rough annual growth rates of 100 percent. A similar doubling in size is expected to occur this year as well. Between its two facilities, located in Orlando FL and Madera CA, the company has a current production capacity of 8,000 pods per year on a single shift, with the capacity to double output within 4 months (a typical contract allows for 6 months before delivery, which gives the company flexibility to respond to increased market demand).

Oldcastle credits a booming construction market coupled with customer testimonials for its present success. Clients such as Marriott and Hilton have made a point of standing up for SurePods and their clout has propelled sales, providing the products with market validation. Although other competitors exist, Seery views these solution providers as “coop-etition partners,” who like Oldcastle, are pushing technology in other sectors. “In the end, our biggest competitor is traditional construction. It’s the architect who says, ‘this will never work’.”

“There’s still a massive resistance to change in the construction market,” continues Seery. “And even as we pile up success story after success story, we are still only one prefab component and we’re not all things to all people. There are other solutions; some work, some are nascent. At the present, our biggest challenge is countering wariness to new technology. Because ultimately we’re not competing with another widget, but with the way people have done it for 1,000 years.”