As Brazil bursts into an ever more prominent position on the world’s economic stage, the nation’s pioneers are enjoying the spotlight of success. In the past, the role of creating innovative technology was always handed unquestionably to foreign importers. Today the scenario has changed. Companies like PPA – Motoppar, the country’s largest purveyor of products for the automation of doors, gates, barriers and access systems, have entered the international market with unmistakable force.
When Motoppar opened its doors in 1983, it was the first in Brazil to manufacture technology for automatic gates for commercial and residential projects. Located in Garça, São Paulo, the company, which was founded by its current President Flávio Peres, began by selling its opening mechanisms in the surrounding region. Previously only available as expensive imports, the products were welcomed by the local market. The nationally produced, high quality equipment came at much more affordable prices and allowed more access to the advantages and comfort of automatic opening systems.

OPENING UP THE MARKET
True to its pioneering spirit, Motoppar set about building its distribution network to broaden its markets. Producing parts and technology under the brand PPA, the company was a nationwide success. “We have 140 exclusive distributors in Brazil,” confirms Samuel Peres, General Director of PPA. Together with the fact that the brand is present in more than 20 countries and has distributers all over Latin America including in Mexico, Argentina, Chile, Venezuela and Peru, PPA is available in more than 20,000 wholesale outlets.

The direct contact with the consumer and constantly in search of new development and technology, PPA also expanded its product line beyond opening mechanisms. In 1998, the company launched its complete line of residential alarm and monitoring systems and seven years later adapted its knowledge of automatic technology to manufacture motors for washing machines.

Despite the other product lines, PPA continues to maintain a firm grip on its leadership in the automated gate and door industry. “In 2008, we launched the Portão Rápido (Fast Door Opener), which was the first in the market to offer variable opening speeds, and can be opened in just four seconds if required,” explains Peres. The revolutionary high-speed product shows that after 28 years in the business, PPA’s innovation shows no signs of slowing down.

Today, PPA’s 15,000-square-meter facility in Garça employs 500 people and is equipped with the most up-to-date technology available in the market for injection molding and tooling. It is here that the company produces the wide range of automated parts for all types of gates and entrances, used in controlled access areas, electric motors and various electronic security systems. The company is almost entirely vertically integrated: 90 percent of parts for the products are produced on-site.

SECURE SOLUTIONS
“Our customers can rest assured that we are constantly developing solutions to exceed their expectations. In the alarms division alone we have created a system in partnership with Motorola that can be monitored via cell phone,” Peres says. The technology joins the range of electronic security accessories manufactured by PPA, among them conventional burglar alarms, monitoring alarms, electric fence systems, data transmission interfaces, magnetic sensors, infrared sensors and sirens.

The peace of mind offered by such equipment is welcomed by clients, who value safety and comfort. The vast majority of commercial and residential buildings in the country are protected from intruders and regulated by security systems. These features are a priority for any consumer when purchasing a property, and any company when seeking new premises. One of the many reasons for the success of the Portão Rápido (Fast Door Opener) is that it limits the exposure of the entrance to restricted areas. PPA produces automated opening mechanisms for sliding, overhead, rolling and swing gates and doors, as well as remote control access technology and automatic barriers.

The extension of the knowledge of motorized products created the line of motors for washing machines. PPA also manufactures motors for water tanks and air-conditioning ventilation systems. “Our core business continues to be technology for gate and door opening, which accounts for 50 percent of revenue, but alarms and motors are each responsible for a healthy 25 percent,” explains Peres. The success of the lines in reflected in the company’s steady 10 percent growth over the last few years.

“Another important factor is that we work with electronic technology that can be easily switched on and off, and is easily maintained. Previously, automatic gates relied on mechanical systems, which were larger, less reliable and more expensive,” explains Peres. Improved technology at a more reasonable price inevitably boosts sales.

COMMITMENT TO INVESTMENT
The development of the electronic systems has been the focus of investment for PPA. In 2009 the company concentrated on improving the components of the electronic lines and increased the production capacity of the division. The constant search for the innovation is headed by PPA’s body of engineers and project managers, who are highly qualified and prioritize quality and efficiency to develop new products for the consumer. The team also visits trade fairs abroad to assess the international market. With 10 to 15 percent of PPA’s production destined for overseas, it is a competitive brand worldwide.

The continuous technological advances in its products demand continuous investment in PPA’s professionals. The company runs training programs for staff, distributors and wholesalers and considers investing in people part of its commitment to overall quality.

The dedication to its consumers and the success of its products has earned PPA awards in the industry. The company is ISO 9001:2008 certified, and officially recognized by ABESE (Brazilian Association of Electronic Security Systems Companies), ANATEL (National Telecommunications Agency) and IEC (International Electro-technical Commission), as well as boasting strong partnerships with highly respected companies such as Motorola.

Undeterred by the interruptions of the financial crisis in 2009 and 2010, PPA’s broad client base in Brazil and abroad meant that the company felt few repercussions, and with the firm consolidation of the brand last year, the future is brighter than ever. “All of our clients, big and small, are of equal importance to us,” Peres says. A boom in Brazil’s construction industry is promising news for the company and as the sale of domestic appliances rises so does the potential for the brand.

Secure in the knowledge that they are well-protected and well-served, PPA’s clients can expect more innovation and quality in the future. Already the Latin American market leader in electric door opening systems, the company is a pioneer, and having granted a wider range of people access to first class technology, PPA – Motoppar has truly raised the bar in the industry. 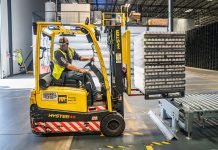 IT Solutions for Emergency Response Plans 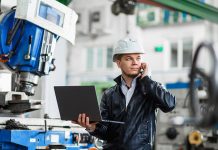 Humanity in the Time of Crisis

Contract Negotiations in the Midst of COVID-19