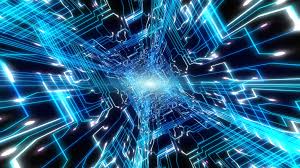 Additive technologies are attracting a lot of attention because they enable parts to be made with geometries impossible under conventional manufacturing.  From cooling channels to honeycomb lattices, they are changing the game for product developers. “Complexity is free,” and manufacturability is no longer a major limitation on design.  Engineers can try out radical designs to improve product performance or generate multiple functionalities.

Equally important, however, is the unprecedented flexibility of additive manufacturing.  By altering the design file, and making minor adjustments to the printer, companies can change the product at minimal cost and time.  On a conventional line the same change could take months, and require retooling and other expensive adjustments costing in the millions of dollars.

That flexibility enables more than just customizable products like prosthetics or sunglasses.  It also changes the fundamental economics of factories and beyond.  In the next several years, we’re likely to see the emergence of giant companies blurring industry boundaries to make a diverse number of products with the same additive equipment.

Back in 2016, General Electric did something revolutionary with its new factory in Pune, India.  Unlike other large GE facilities, dedicated to a single division, this $200 million plant generates parts for multiple divisions.  And because it includes a great deal of additive equipment, it can switch over production lines fairly quickly.  If the demand for power turbines falls, the plant can put some of the turbine lines to making parts for jet engines.  As a result, it can operate at a higher rate of utilization than other GE plants – a key to factory profitability.

Even with its struggles at headquarters, GE is building a software platform and monitoring system to coordinate all the supply chains and production lines involved in multidivisional factories.  When everything is in place, the company will automatically optimize operations according to marketplace signals.

The result will be operational synergies across its multiple divisions.  No longer would GE be a mere conglomerate, a portfolio of autonomous businesses held together only by a unified top management and financial controls. As this multi-divisional approach proves itself, the company is likely to convert many of its focused factories into Pune-style plants. GE will become what I call a “pan-industrial” company, integrated across its diverse product lines.

Other companies are making similar moves toward pan-industrialism.  Jabil, the big contract manufacturer, has invested heavily in additive in the past few years.  Having combined these printers with its sophisticated InControl software platform, the company is now shifting production around its global network of plants according to fast-changing market conditions.  Siemens, United Technologies, Sumitomo, and other diversified manufacturers are also combining additive with emerging software platforms.

Over time, these giant pan-industrial companies will blur industry boundaries.  We can imagine a company such as “Universal Metal,” which makes everything from agricultural equipment and bicycles to furniture, cars and ships.  Headquarters will do more than allocate capital and develop managers; it will also make direct production decisions.  Product categories will still make sense for marketing and distribution, but for everything else, executives will look on a single integrated operation.

Pan-industrials are also likely to invite other companies in their ecosystem to join their platform.  It’s similar to what Apple and Facebook have done with their platforms.  The more activities that happen on a platform, from supply chain to production through distribution, the better coordinated and optimized those activities will be.  Early pan-industrials may enjoy the same kinds of network effects that have boosted the West Coast software giants.  Once the pan-industrials reach a certain size, the marketplaces served by these pan-industrial networks are likely to squeeze out companies selling for single industries.

As pan-industrials move further down the additive learning curve and convert most of their production to 3D printers, they’re likely to make another big change.  Unlike injection molding and other conventional manufacturing, additive does not require mass production-level economies of scale.  Small factories can still be economical, and pan-industrials will have an incentive to locate them close to customers.  That’s because factories with flexible additive production can quickly adjust their output based on market signals to keep capacity utilization high.  (Localized plants would also save on logistical and inventory carrying costs.)  As a result, we’ll see the emergence of smaller plants distributed close to the main customer groups.  There will be far fewer giant factories in clusters in East Asia.

Pan-industrials will still capture scale economies elsewhere, including in additive equipment development itself.  They’ll also lead the way with further automation, including “generative design.”  With this special software, product developers need only input the specifications and goals for a product, and then let the computer create the actual design.  Freed from human cognitive limitations, as well as conventional constraints on manufacturability, computers will devise new shapes and geometries optimized for cost and performance.  One result we’re already seeing is that additive products require less assembly.

Financial markets will take notice.  As pan-industrials use their advantages to outcompete rivals focused on single industries or narrow product categories, Wall Street may do an about-face.  Instead of penalizing diversified companies with a “conglomerate discount,” they’ll favor them – just as they have encouraged diversification in the software giants.  Over time, we might even see the emergence of pan-industrial collectives: a network so broad that a few platform owners can control much of the national economy, as the Japanese zaibatsu groups did before World War II.  Or the platform owners may drop manufacturing per se and focus on information gathered by the platform, for use in trading or other financial services.

It’s easy to appreciate the operating performance improvements and product design advantages that additive brings.  But the impact of greater flexibility may be more important in the long run.  Even better, the two feed off each other.  A company might invest in additive for the design and performance benefits – and then take advantage of the flexibility as well.  Together, these two breakthroughs point to a very different economic landscape – for companies ready to take advantage of its opportunities.  Welcome to the pan-industrial future – the next stage of manufacturing in the 21st century. 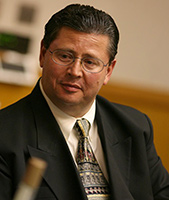 Richard D’Aveni is the Bakala Professor of Strategy at Dartmouth College’s Tuck School of Business, and author of The Pan-Industrial Revolution: How New Manufacturing Titans Will Transform the World.