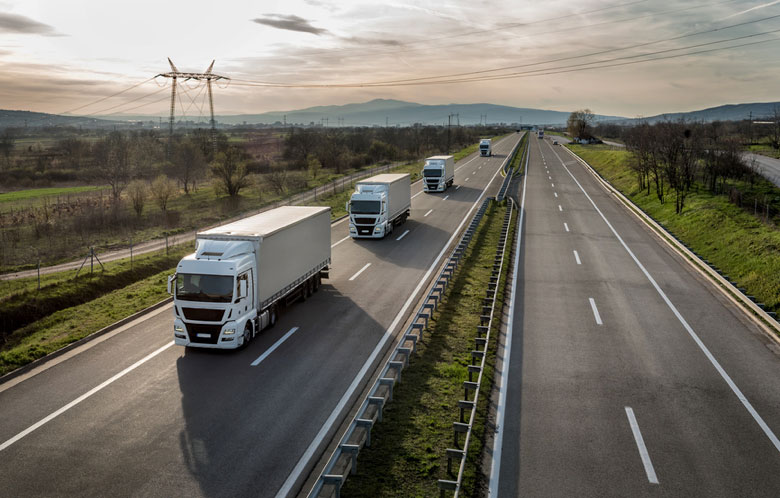 An outlook of the roadway system and construction sector across the United States.

For well over 100 years, paved roads have made driving across the U.S. safe and easy. In the early 1900s, cars were slow and rare, and trolleys and horse-drawn carriages were the rule, so paved roads were few and far between, but they did exist. Starting in the 1920s, though, cars became faster, more powerful, and more common, and advertisements for them also became quite prominent. So, many more paved roads were built all over the place, and by the 1950s, the Federal Aid Highway Act under the Eisenhower administration greatly expanded the network of highways in the nation. Still, highways and roads are not indestructible, and they sometimes need care and replacement. In fact, data suggests that one-third of all American roads and highways are in mediocre to poor condition, and drivers won’t like that. What is the current state of the American road system, and how might its problems be addressed in the near future?

Just how good are the roads across the nation? Studies show that some states are doing better than others where road quality is concerned, and drivers in some states may have to contend with a lot of issues. Not only that, but many roads are packed to capacity, or even over it. It is believed that over 50% of the U.S.’s interstate miles are at 70% traffic capacity, and 25% of those miles are burdened with 95% capacity. Meanwhile, a recent highway report rated each state’s roads and highways based on a variety of metrics, from pavement condition to fatality rates to congestion spending per mile, and the like. According to that report, North Dakota ranks first and Virginia is in second place, and Missouri, Maine, and Kentucky also enjoy good roads. However, New York, Massachusetts, Alaska, Hawaii, and Rhode Island are the bottom five states where road conditions and cost-effectiveness are concerned, and Oklahoma and California aren’t doing so well, either.

This report also tells us that overall, urban and rural roads overall are in worse condition, and the percentage of roads in bad shape increased in 29 different states recently. Traffic congestion rates are fairly consistent from past years to now, and densely populated states such as California, New Jersey, New York, and Massachusetts have roads with long wait times in traffic. Some states are more dangerous to drive on, statistically speaking; Massachusetts has the lowest traffic fatality rates, and South Carolina’s are the highest in the nation. It’s important to note that every day in America, another 28 people die as a result of drunk driving.

On a related note, bridges are also measured this way, and they too are often experiencing deterioration to the point of being deemed unsafe. It is believed that 25% of bridges across the U.S. are in dire need of repairs, and some of them are carrying more traffic than they were designed for.

Roads and highways are built to be tough and last a long time, but they can still suffer damage, even to their concrete (
the most commonly used man-made material in the world). One major issue is potholes, which are quite common, and it is fairly safe to presume that nearly every American driver has driven over at least a few of them within the past year. The American Automobile Association (AAA) has looked into pothole damage statistics and made some significant findings. According to the AAA’s data, potholes cost Americans a total of $15 billion over the last five years, due to repair work that is needed after striking a large pothole at great speeds. Within that five-year time frame, the AAA says some 16 million American drivers experienced damage to their vehicle after driving over a pothole, such as damaged wheels or punctured tires, or even worse damage in some cases. It can be costly to repair a car after striking large potholes, and many Americans with moderate to low incomes are quite concerned about this auto hazard. Two in three American drivers are concerned about potholes, and on average, repair costs after hitting one comes out to $306.

What else might go wrong on today’s roads? Sometimes, freezing rain can coat a highway or road with ice and make it slick, and this is hazardous for all vehicles involved. Such slick roads are difficult to drive on, and cars and trucks are liable to slide out of control and hit each other or property nearby, causing damage or even injuries in some cases. Cars attempting to turn or change lanes may spin and end up on the side of the road, stuck. Or, partially melted snow may freeze overnight, and such ice patches are a similar hazard. In some cases, a road may have large cracks or damaged sections, and driving over them at high speed may cause severe damage. Such cracks might be difficult to see, especially at night or on dark pavement. Overall, the four main causes of auto body damage are weather, negligence, high-speed collisions, and fender benders, and shoddy roads or ice-slick ones can cause any of these to happen.

Drivers do not have to put up with such faulty roads for long, though. In fact, drivers are encouraged to report damaged roads, such as cracks or potholes, and local authorities can handle it. A state system roadway’s damage can be reported to larger agencies, and for local roads in a town or county, local authorities with jurisdiction there can be alerted. For example, a town’s road department, or that of a county. This may be done online, and a driver who experienced and/or saw damage on the road can fill out an online form describing the damage’s nature and where it was. The form may ask for particular details, such as whether the damage was in a construction zone, and may even ask in which direction the driver as going.

Solution: The Construction Industry is Here to Help

The construction industry today is truly vast, and a generous share of it is dedicated to building and fixing roads and highway overpasses. A construction crew may not act alone; in the U.S., there are 30.2 million small businesses and several companies may be brought onboard a single construction project, with each one providing different materials, equipment, and skilled workers. A city government, to name just one example, may look up construction firms who can handle this work, and compare and contrast a variety of them before making a decision. Statistics show that around 93% of all online sessions start with a search engine, and this can apply to a search for road builders, too. Contractors like these will have their own website, with articles, photos, and videos showcasing their work, not to mention ways to contact them, such as to get a quote.

These experts can level out the ground to lay down new roads, or they can tear up and grind up worn out, shoddy roads, prepare the bare ground, then pour new, fresh pavement. Such pavement is smooth, solid, and dark, so the lines painted on it stand out clearly. There won’t be any potholes, either, nor cracks. And very old highway overpasses can be updated with fresh concrete to make them safer and more solid, and allow them to bear more weight at once (which is important, since there is now more traffic than ever). Damaged or very old safety railings can be added to roads that need them, too.

The bad news is that safe, pristine roads can never be guaranteed, and drivers must always be on the lookout for hazards that can make driving dangerous for them or nearby vehicles. But with proper vigilance and defensive driving, a driver can reduce the odds of getting into an auto accident, and they are urged to report existing damage so local repair crews can address the road’s faults right away. Infrastructure like this is vast and well-funded, but many roads are old, and watchful drivers can help make the roads safer, one mile at a time.

Louann Moss holds a Bachelor’s degree in English and Creative Writing. She currently writes for a variety of industries and can’t resist a good story when she comes across one.