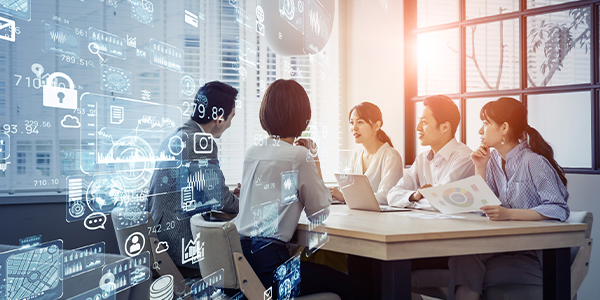 Some 40 percent of manufacturing executives were disappointed in the results of their improvement initiatives and, like executives from other industries, judged 84 percent of the initiatives a success. Entitled “Strategy Execution: Achieving Operational Excellence” and conducted by the Economist Intelligence Unit and Celerant Consulting, the study surveyed senior executives across the manufacturing, life sciences, healthcare, consumer goods, oil and gas, chemicals, telecom, and retail industries. Of the 42 manufacturing participants, 51 percent were drawn from the C-suite and 26 percent from the ranks of senior management.

Of 282 company-wide improvement initiatives undertaken in the past three years by manufacturing companies, 12 percent were devoted to business process reengineering, followed closely by corporate organization realignment at 11 percent, and lean manufacturing at 10 percent.

Six Sigma: solution or problem?
Though no clear remedy for the problem emerged from the study, some of the data suggest that companies surveyed may see Six Sigma as the cure. Although Six Sigma, among 11 types of improvement initiatives surveyed, was the least pursued, at 5 percent of total initiatives undertaken by all companies over the past three years, an uptick in Six Sigma projects could be well under way by the end of 2005. For large companies – those with over $500 million in revenue – Six Sigma ranks with corporate organization realignment as the top initiative to be pursued in 2005. It is the second most likely initiative to be pursued by telecom, life sciences, and healthcare companies.

Although the executives in the EIU study don’t say so, they may be undertaking Six Sigma because it simultaneously addresses lack of good data and poor communication. All decisions in the course of a Six Sigma project are based on analytically rigorous statistics. Execution of the initiative requires good data from the outset. If adequate data doesn’t exist, Six Sigma will find it or create it.

Six Sigma also requires good communication of the right data to the right people. They must also thoroughly understand the statistical and strategic connections between a discrete project and the overall objectives of the initiative. Sometimes, however, disconnections occur in Six Sigma programs when the overall strategic direction is set at the top but the identification of specific projects is left to individual departments. It’s relatively easy for a department to achieve cost savings in its specific area with Six Sigma. But unless those efforts are tied to the overarching strategy they are likely to do little to advance business objectives. Two-way communication in well-run Six Sigma initiatives integrates top-down strategy with bottom-up execution.

However, companies that are forgoing Six Sigma in favor of lean manufacturing may be taking only half measures. Lean manufacturing is a powerful methodology for increasing efficiency and eliminating non-value-adding processes throughout manufacturing operations. Six Sigma is a complementary methodology. While lean eliminates waste, Six Sigma eliminates variation. A lean initiative by itself may leave standing only value-adding processes, but it does little to ensure that that those processes are optimized and designed to produce the same result time after time. Conversely, Six Sigma optimizes processes and stabilizes them by reducing variation in their execution, but runs the risk of optimizing processes that are non-value-adding in the first place.

Unless manufacturing companies address both sides of the equation, the result may be another round of improvement initiatives that look successful but, in the larger scheme of things, don’t succeed.