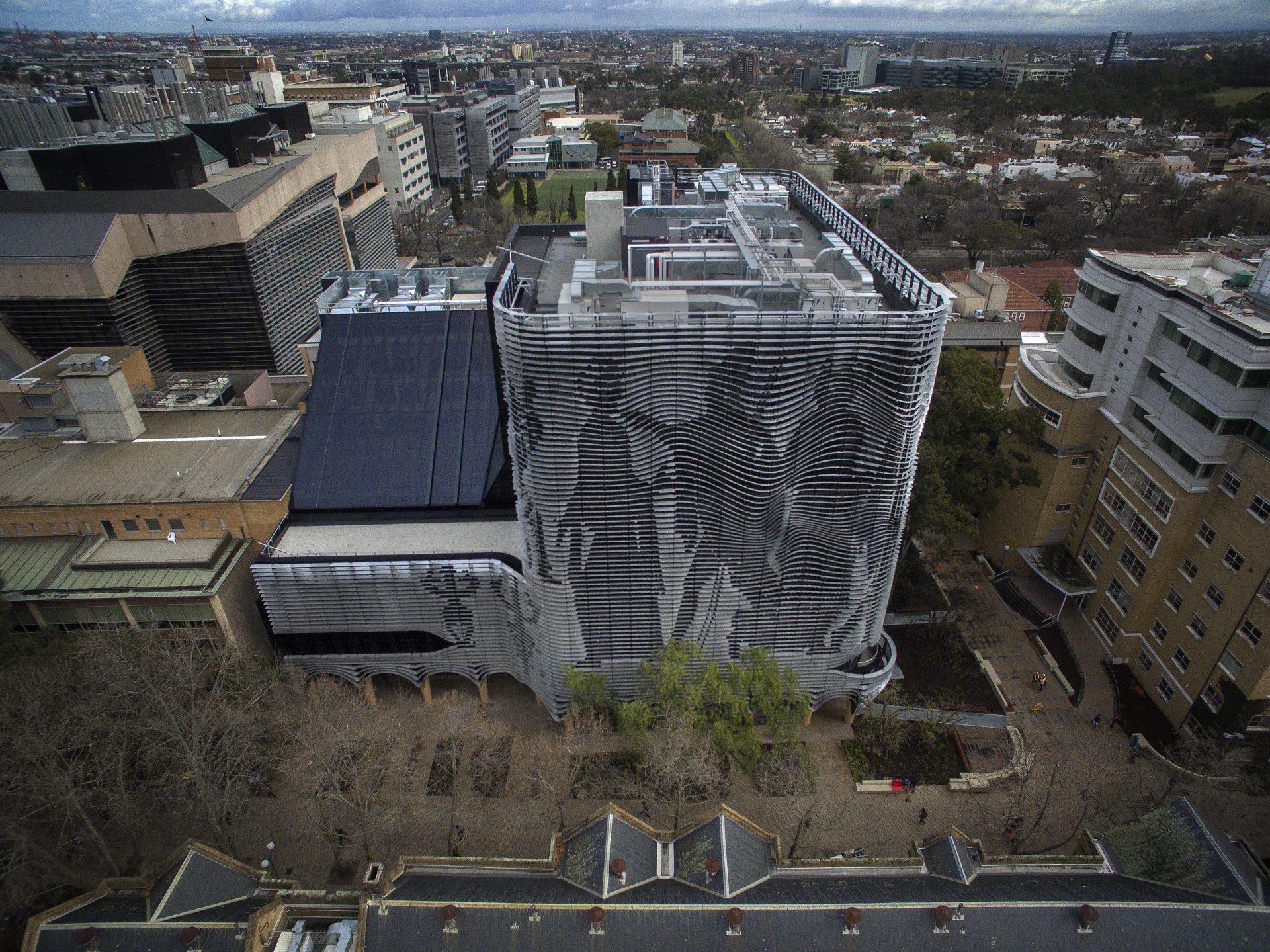 The $66 million Arts West Redevelopment Project was one of the University of Melbourne’s most significant infrastructure projects in recent years.

A major component of the Arts West Redevelopment project was the renovation of the university’s Faculty of Arts building on Macleod Road. The new building—constructed over seven levels on Professors Walk opposite the heritage Old Arts Faculty Building—provides the University’s Arts Precinct with a dedicated, high-quality teaching and learning environment.

ARM and Architectus worked with the University of Melbourne’s Faculty of Arts to tailor the building so that it reflects the latest pedagogical thinking as applied in the Faculty of Arts curricula. In an era when campuses must offer something beyond online study, Arts West’s spaces are tailored to project-based collaborative, interactive, seminar, discursive and didactic modes of teaching and learning.

Ground-Breaking Use of Steel

One of the most stunning and distinctive visual features of the new Faculty of Arts building is its louvered façade, which involved ground-breaking use of steel. The building effectively has two skins: a glass wall and a structure of parallel horizontal steel fins or louvres—resembling deep exterior Venetian blinds.

The steel sections of each fin or louvre were shaped so that they form a series of 3D images. The images are ‘pressed’ into the façade and reveal themselves to viewers at different times of the day and from different viewpoints. The images feature selected objects from the University of Melbourne’s 23 Cultural Collections. The façade is both a passive solar-control element and an architectural manifestation of the Faculty of Arts.

ARM and Architectus pioneered the 3D virtual modelling techniques used to design the façade by adapting gaming software. They used these techniques to design the steel fin array and images and communicate them to the fabricators. 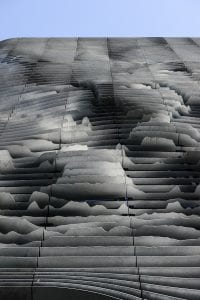 To protect the steel from corrosion and add visual appeal, the project team opted to galvanize the louvres. Galvanizing was selected due to its durable nature; the stability of the galvanized surface means that the time between maintenance inspections is much longer than other products, thus reducing the overall life cycle costs of the structure. Valmont Coatings was engaged to coat the 480 individual steel sections in zinc prior to their delivery to the University of Melbourne construction site.

According to Aaron King (Managing Director of Valmont Coatings), “The fins on the façade serve two main purposes, to provide sun shading to the tall glass curtain wall behind and to house images of objects from the University’s Cultural Collections.” 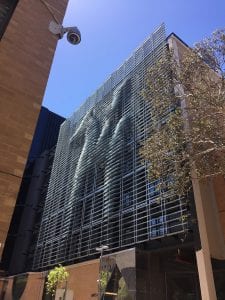 “The steel plate was laser cut in plan to form the negative relief of the images. Utilising steel for the purpose of sun shading is reasonably unique, as many buildings with a second skin use aluminium instead. Steel was chosen as it allowed us to use very thin steel, only 8mm, which performed well in shading the teaching spaces, but also allowed minimal interruptions looking out.”

While the iconic façade on the Arts faculty building was being installed, Valmont Coatings had to contend with the constraints of restricted site access for the trucks delivering the oversize galvanized sections. The University of Melbourne is in a leafy area north of Melbourne’s CBD, but most of the buildings are nestled close together with narrow laneways between them, making it difficult to manoeuvre large vehicles.

“All the façade sections were numbered as they had to be installed in a very precise sequence,” King added. “It was a challenge to get the semi-trailers in and unload the steel because they had to be taken off in such a way that they could be lifted up the building without double handling. The panels were packed with spacers and carpet so that the coating would not be damaged as the client wanted to maintain an architectural look and finish. The sequencing was a critical aspect of the project to ensure the shaped sections correctly formed the embedded image.”

According to King, “With 36 projects submitted from 13 different countries, we are thrilled the project has taken out this prestigious international award.”

Author: Sally Wood, Director, Wordly
Sally has worked in marketing and communications for 20 years. She is the Owner and Director of Wordly: a copywriting, digital marketing and public relations agency that specialises in the industrial sector, from manufacturing, mining and engineering, through to welding, materials science and robotics.