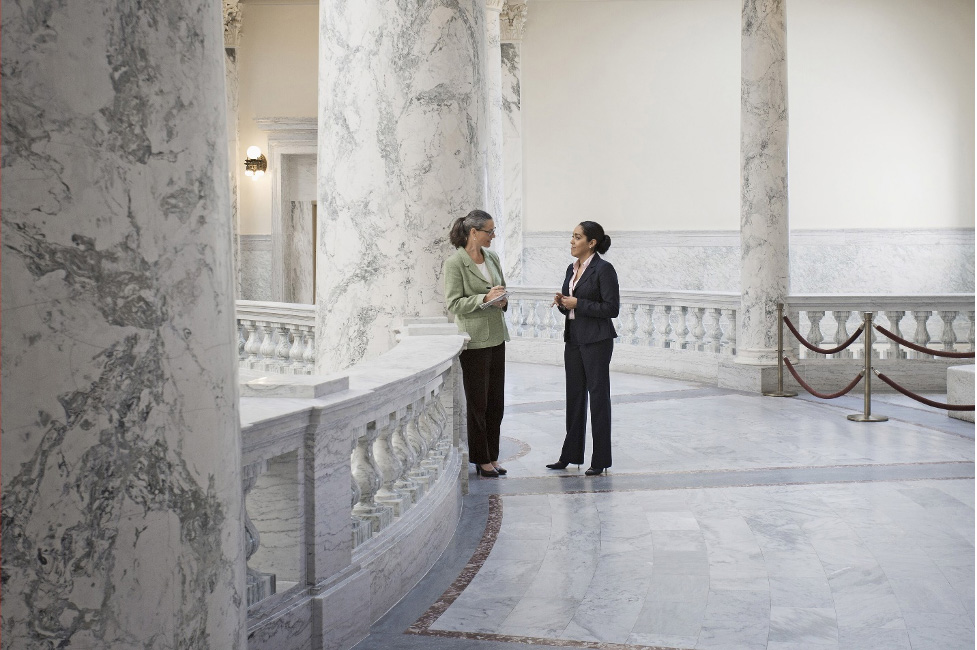 How emerging technologies can help governments accurately aid its citizens and businesses.

In response to the COVID-19 pandemic, governments around the world opened a necessary fountain of benefits for millions of citizens and businesses who required immediate forms of financial assistance. Often, this is typical of governments responding to unanticipated events, and yet such decisions taken in the immediacy of crisis response, still need to be assessed against traditional requirements of accountability, probity, and fiscal prudence.

While many crisis-related benefits programs are undoubtedly effective, unintended costs such as theft and fraud often become clearer over time. That is why now is the time to ask how technology can help to reduce fraud and efficiently deliver benefits to the people and businesses who really need it. We believe that blockchain and AI can play a major part in this essential element of public finance management.

The issue of benefit fraud ultimately stems from how eligibility is confirmed and benefits are tracked. On one hand, governments need to account for how much money is allocated to certain programs such as social security or COVID-19 pandemic relief programs. On the other hand, governments need to ensure benefits get to the required destination. These functions are difficult to integrate and rarely overlap. So how can this be rectified so that those who need benefits can get them more seamlessly, while reducing the potential for fraud?

The role of AI

One place that governments often start weeding out benefit fraud is through AI applications. Government benefit programs generate an enormous amount of data that would take human administrators unthinkable amounts of time to review. However, when AI is added into the picture, it becomes much easier to track down fraud. Pattern recognition is one of AI’s strong suits and it has been used successfully in a number of government projects. Take, for example, what the UK’s Department of Work and Pensions is doing with AI to detect benefit fraud by looking for suspicious patterns.

Factors such as frequently repeated phone numbers that show up multiple times could indicate a single fraudulent source for multiple peoples’ claims, but it takes a more sophisticated natural language processing (NLP) algorithm to learn the different styles of application and point out which ones likely have the same point of origin. Once identified, human investigators can validate it and take action.

While blockchain is often associated with cryptocurrencies, its applications are far broader. When designed to solve for a specific problem, blockchain applications can assign immutable identity values to individual transactions making it an ideal way to tackle a problem such as unemployment fraud, where each transfer of benefits needs to be registered near-simultaneously by integrating proof of identity with benefits and financial management.

Every dollar of benefit can be connected with the identity of its recipient through application of blockchain technology, because the blockchain application that facilitates this transaction can be programmed to recognize the parameters under which money should be transferred. Therefore, when a public benefit dollar leaves the government account and is transferred to its intended recipient, the identity/dollar connection cannot be undone. For example, for unemployment insurance, the program could recognize a recipient who did not have a job, or for a program such as food stamps, which recipients qualify for the program based on whichever income is defined in the relevant program eligibility conditions.

As an added bonus, this transaction would improve privacy, since recipients would need to provide less information to receive their benefits. Best of all, blockchain can augment an AI and human-driven fraud prevention program by preventing fraudulent transactions from happening in the first place. This frees up more of the AI budget to be used for positive, efficiency-generating applications instead of simply playing defense.

Where do governments begin?

To start, governments should evaluate their existing processes for allocating and distributing benefits. These can then be linked using an API, which creates a unified structure on which a blockchain application or an AI algorithm can be built. The initial investment has the potential to save money in the long run by reducing money lost to fraud and allowing government employees to spend their time on more value-adding projects.

Upgrading government technology is always a long journey, but the growth and commercialization of AI and blockchain technologies offer an exciting chance for administrations to take a major step forward all at once. The upgrades will not just make life better for those who devote their careers to public service – it will be a boon to those who count on government for vital benefits and services and lighten the shadow of fraud that often makes those benefits more difficult to obtain than they need to be.

George Atalla is a EY Global Government & Public Sector Leader. He is responsible for developing and executing our strategy for advising governments around the world. Working closely with clients, he identifies key public sector issues and leads the development of new client services and offerings.

He has worked in more than 30 developed and developing markets, focusing on public private partnerships and outsourcing, restructuring and organizational transformation, policy reform and investment prioritization.

Dr. Mark MacDonald is a EY Global Public Finance Management Leader. In this role, he leads the development of new public financial management services that can be rolled out around the world. He combines this role with two positions in the EY organization in Canada – National Public Finance Leader and Ontario Public Sector Leader.

Mark is an experienced leader of public sector reform, having worked with dozens of governments worldwide and in every major policy sector including health, human services, justice and security, finance and treasury, transportation, agriculture, trade and economic development, education and government services.

Mark has a PhD in public policy from Carleton University. He also has a master’s degree in political studies and a bachelor’s degree in toxicology from the University of Guelph.