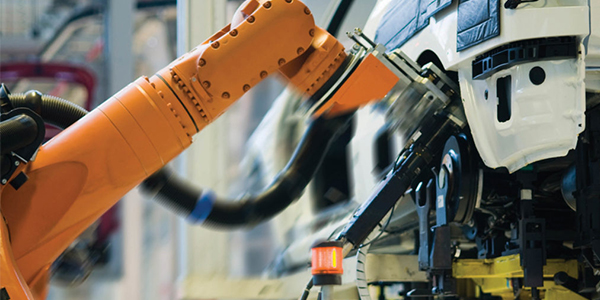 The diverse and challenging applications using this company’s products might make your head spin. Whether it’s an application requiring a ball bearing system that operates in a vacuum, at extremely high temperatures or in harsh and corrosive environments, Timken Super Precision can develop the right solution to meet any of these stringent requirements.

“We provide solutions for our customers’ precision rotary motion applications. In fact, one of our tag lines is ‘Ideas in Motion©,’” says Adrian Wood, business development manager of the Keene, N.H.-based company. Timken’s high-precision ball bearing systems are used in the aerospace, medical, dental, semiconductor, computer peripheral (disk drives) and many other specialty industries.

Taking the Heat
More than half of Timken’s business is dedicated to challenging commercial and industrial specialty applications requiring inventive engineering solutions. For example, the extremely harsh environments within rotating anode X-ray tubes seem almost to defy any workable solution. “The anode in the tube needs to be spun at high speeds to dissipate heat generated during the process of producing the X-ray,” Wood explains. This means that X-rays requiring higher degrees of resolution produce more heat, putting excessive demand on the bearing system supporting the rotating anode. “These systems have to operate in hard vacuum environments at about 1,000 degrees Fahrenheit,” continues Wood.

Thus, these bearing systems have to be able to survive while working in a vacuum, where traditional lubricants cannot operate. They also have to work at a temperature level at which traditional bearing steels cannot operate. “So we collaborated with one of our steel suppliers to develop a steel that would work better than the traditional tool steels used in that application,” says Wood. Timken is now working with one of its ball suppliers to make the special balls required for this application, from that same material.

Another masterful solution from Timken is the engineering and development of bearing systems used in high-speed dental hand devices, which operate at up to 500,000 revolutions per minute. “Developing a bearing to last at that speed is a real challenge,” says Wood. But that is the easy part of this application. The system also has to survive the repeated autoclaving cycles used to sterilize the hand piece and prevent the spread of the HIV virus. “When you heat the hand piece to the temperature required to sterilize it, you are also destroying the lubrication that the bearing needs to operate,” explains Wood. “So we developed bearings that can survive the repeated autoclaving cycles for longer periods of time.”

One of the numerous precision industrial applications using Timken bearings is seam rollers — the machines that attach the tops to aluminum cans after the contents are poured in, and then crimp the top to the cans’ side walls. “The machine has to survive repeated wash-downs, as equipment in a canning plant is cleaned periodically,” explains Wood. The bearing systems used in these applications have to survive detergents, steam and water — “not a particularly good environment for bearing life,” Wood says. “Working with several customers, we were able to develop bearings that survive well in these kinds of environments.”

From high-end encoders used by the machine tool industry to robotics used in semiconductor fabrication equipment, to flow-rate meters used in corrosive environments to measure gases and liquids, Timken continues to discover new ways to subdue the challenges facing these diverse applications.

Wild Blue Yonder
Numerous aerospace manufacturers also take advantage of Timken bearing systems. One of the first major applications of miniature bearings was in the gyroscopes that are used in a range of instruments for guidance and control of aircraft. While many of these applications have recently evolved to electronic solutions, some of the high-end systems still rely on Timken’s superprecision ball bearings. “We are the largest supplier of bearings used in reaction wheels and control-momentum gyros,” notes Wood. These wheels, which are essentially large flywheels, are used to control the attitude of spacecraft. Timken bearings systems are also used in flight-control surfaces such as gearboxes used to drive flap and slat actuators on aircraft.

Timken bearing systems are an integral part of many night-vision products used by military and law enforcement personnel. These products convert infrared energy into a visible image. “Infrared devices have a rotating polygon mirror, which is supported on a precision bearing system. In the application, it is critical that the bearing lubricant does not outgas and contaminate the system optics,” explains Wood. “We manufacture many of the bearings used in these rotating polygon scanners.

“Our capabilities don’t just stop with developing the bearing systems used in these applications. We try to understand the system they will be used in to see if there is a value proposition we can offer our customers by supplying more than just bearings,” he continues. This means that Timken is fully capable of supplying a complete package at the next level or two that enables the customer to integrate the bearing system and its next-level components. Wood states, “We can provide a solution to our customers so they can be the integrators.”

For example, Timken supplies a complete pump system to one of its customers for use in vapor recovery during gasoline dispensing. “In this case, not only did we deal with the issue of the bearing system, but we also handled either the manufacturing or the sourcing of all the other components used in that system,” says Wood. “This involved a range of machined aluminum and molded plastic parts, as well as magnets, O-rings and screws. Being able to work well with good suppliers is critical to success in this area.”

Is this a new business venture for the company? “It’s a direction we’ve always had as a background,” says Wood. He adds that this will be an area of increased focus because of Timken’s global facilities, which offer added value to customers.

“Our goal is to provide the highest level of service and value to our customers, and the extent to which we have the resources necessary to support that is defined by how well we integrate the products we offer,” says Wood. “We feel this is one way to move beyond being just a bearing company and to be capable of supplying complete value propositions.”

Miniature Giant
The company that has brought about these fascinating applications was founded by an enterprising young man determined to fix a family heirloom watch. After developing a prototype miniature ball bearing to replace a jewel bearing in that watch, Winslow Pierce decided in 1941 to begin a company that manufactured miniature bearings. Originally named Miniature Precision Bearings, the company grew quickly from the start and became the innovation leader in precision bearings and specialty products. Along with supplying gyroscopes to the military, the company (later renamed MPB, Inc.) built a reputation for tackling some of the toughest and most challenging applications problems faced by aerospace, commercial and industrial companies — a reputation it maintains to this day.

The company employs 680 in its facilities in Keene, and operates facilities in Orange, Calif., Orlando, Fla., The Netherlands and Singapore. It was acquired by The Timken Company of Canton, Ohio, (NYSE: TKR, www.timken.com) in 1990. The parent is a leading international manufacturer of highly engineered bearings, alloys, specialty steels and components, as well as a provider of related products and services. With operations in 24 countries, The Timken Company employs about 20,000 people worldwide and recorded 2000 sales of $2.6 billion.

Wood attributes the success of Timken Super Precision to the team spirit pervading the company, which fosters an environment of open communications. “We try to make sure that everyone knows what it is we are working on and what our customers’ need are,” says Wood. “Small work teams, cell manufacturing and focused manufacturing lines contribute to Timken’s philosophy of factories within the factory focused around like products and families of products. With this philosophy, I have confidence that we will be perceived as the industry leader in the supply of high-precision and specialty rotating device subassemblies.”