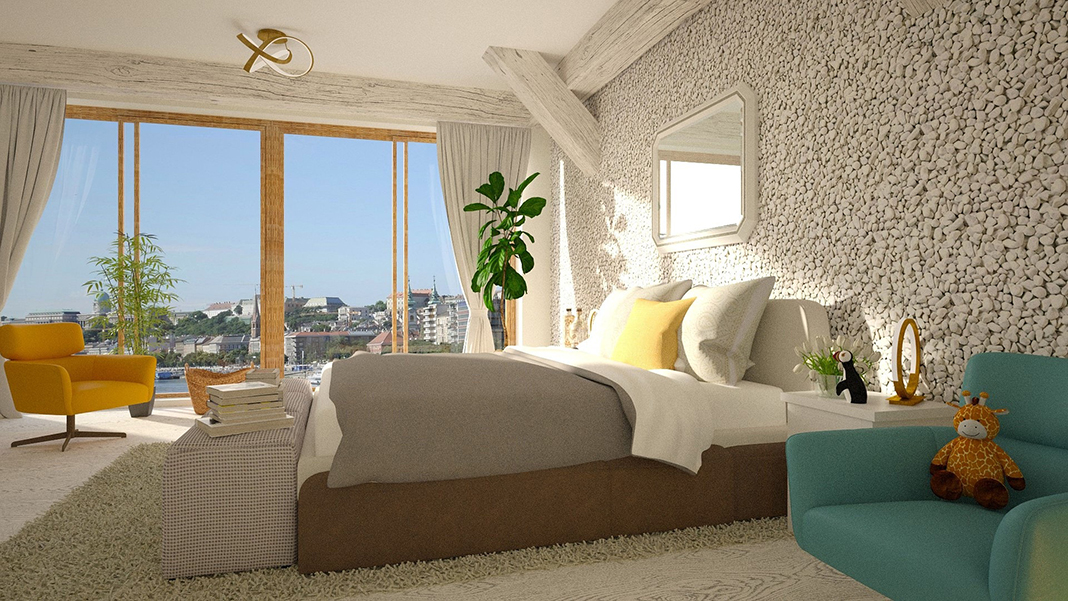 Much research has been done on the topic of sleep over the years. For example: 62 percent of Americans say they have trouble sleeping, while 90 percent say that getting better sleep would improve their lives, according to Sleep Census 2000. A poll by the National Sleep Foundation notes that 34 percent of American adults say they toss and turn nightly, and nearly two-thirds of those polled say they have a problem sleeping three or more nights a week. Since the average American spends about one-third of his or her life in bed, comfort while sleeping is of paramount importance. It is also important to note that one of the top factors that disrupt sleep is pain, which is a problem for 20 percent of Americans. That’s where Comfortaire of Greenville, S.C. comes into play. The 25-year-old company specializes in making air mattresses that adjust to the user, rather than the user needing to adjust to the bed.

Comfortaire has led the air bed industry to a new level of technology. It now uses a patented edge-to-edge sleep system in all of its products, which, according to Vice President of Sales and Marketing Eric Rose, “eliminates the non-traditional feeling of air mattresses by bringing the air right to the surface. The benefit of an air mattress is that it maintains spinal alignment and posture, and is adjustable.

“The big thing was moving the air to the surface,” Rose continues. “This has absolutely revolutionized air sleep.” According to Rose, Comfortaire was the first company to make a truly adjustable mattress that also changes for two partners.

“Our mattresses change with people as they go through the many changes in their lives,” Rose says. “Our mattresses accommodate weight changes, pregnancy, and any other medical changes that someone may go through,” he adds. “Users can change the setting to suit their needs, from firm to soft to medium, as often as they need to.”

Health concernsM
The most important trend that drives Comfortaire’s research efforts is Americans’ concerted move toward holistic wellness, Rose says. “It is not uncommon for people who are buying a new bed have owned their current bed for less than three years, but need an upgrade. People work hard and play hard, and they realize the importance of a good night’s sleep. That puts niche products like ours in demand,” he continues. “The air bed category is surging right now because of people’s concerns about their health.” Comfortaire has two main series of beds: The Dreamaire, and the GS Collection.

The DreamAire series features latex/cotton constructed air cores, which have proven to be an effective way to contain air over long periods of time. As a result, Comfortaire designed and developed the air core found in each Dreamaire product. Though refined over the years, the latex-cotton core is still considered the industry standard for air containment.

Comfortaire’s GS mattresses offer what the company calls: “the most advanced sleeping surface available with innovations including a patented new air containment system, Edge to Edge support and a state-of-the-art air control system. The foundation of the line is a proprietary urethane alloy material (TPU) used to construct the air core. Similar to material used in the medical industry, it is airtight, durable and dependable. TPU creates even better surface feels and mattress response characteristics.” Comfortaire discovered that it could enhance the sleeping surface and the feel of the sleep by moving the air core to the surface of the mattress. The industry standard is to place the air cores inside a foam encasement. To do this, the air core must be approximately four inches smaller than the dimensions of the mattress. In a queen size mattress, that would compromise the ability to adjust approximately 15 percent of the sleeping surface. Comfortaire’s low profile air cores and box top designs provide edge-to-edge adjustability. The air is close to the user, giving full control of the sleeping surface. In addition, the company’s WhisperFlo air control system helps to manage comfort and support by 100 individual true pressure settings controlled by hand. Users can adjust to the optimum position for their individual sleep needs, then inflate the mattress fully to maintain a clean look. It also features individual memory settings and instant inflate.

Market growing rapidly
The air mattress segment is currently a billion dollar industry at retail, and Rose says that Comfortaire has steadily grown into a place of leadership in this segment of specialty bedding. He adds that, for the foreseeable future, the company’s growth will be strictly organic. “We present a challenge to the traditional spring mattress market,” Rose says. “Much of their premium share is evaporating to the air mattress category.”

Comfortaire’s 15 employees distribute their products from a 60,000-square-foot distribution center, located in Greenville, S.C. While Comfortaire works on the proprietary designs of their mattresses, it subcontracts out much of the other work, while focusing on sewing and packaging of the mattresses. The mattresses are distributed to retailers across the nation.

Rose concludes that Comfortaire’s goal for the future is to remain a product-driven company that will strive to come up with new additions to its exclusive technology, and continually develop prprietary designs.