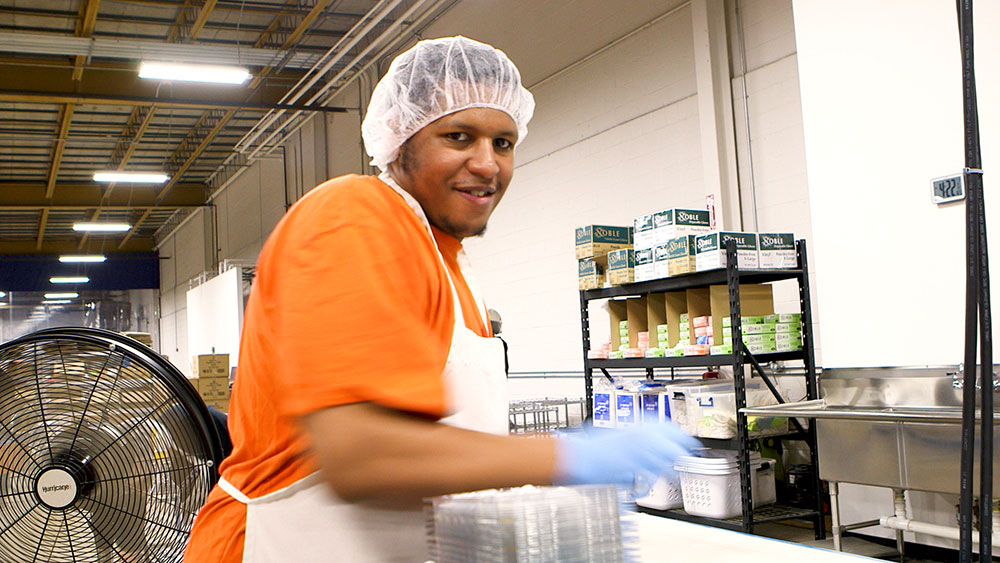 A problem every business owner regularly faces is finding and retaining talented employees. That’s especially true in manufacturing, an industry in which it’s estimated there may be as many as 2.4 million jobs to fill between now and 2028 in the U.S. alone, according to the 2018 Skills Gap in Manufacturing Study.

In Ohio, Vocational Guidance Services (VGS), a 130-year-old non-profit organization working with individuals with disabilities, is providing a solution with personalized job training services. Through VGS’s personalized approach, employers find they spend less time interviewing, training and dealing with turnover issues, and employees take a sense of pride in their work because they have a strong understanding of their role and are excited to fill it.

Currently, over 100 business partners are filling their workforce with VGS job training participants, including those needing employees to help with machining and inspection, production sewing, packaging and assembly, food production and more.

For example, Caruso’s Coffee Roasters is one of the largest specialty coffee roasters in the Midwest and they have been partnering with VGS since 2015. CEO and Co-Owner, Dominic Caruso, has found the partnership to be beneficial for a number of reasons — including the accuracy and quality of work and speed of project completion.

“They want to put people to work. The people that they have working for them want the jobs. They do really good work, and it’s been a really great partnership,” Caruso said.

VGS employees place K-Cup® pods into retail boxes that go onto grocery store shelves, with Caruso estimating they’ve packaged millions of K-Cups into thousands of boxes since the partnership kicked off. Describing the work they do as “unbelievable,” Caruso has continued to add to the volume of work VGS employees complete for him as he’s seen the quality of work each employee brings to their job.

VGS has also partnered for a number of years with RhinoSystems, Inc., manufacturer of Navage Nasal Care products, and Nordson Corporation, manufacturer of precision dispensing and industrial coating equipment, to train employees to work in their production departments.

“I love the work ethic of the program participants from VGS. They’re very committed to the job, and they really add to the workforce,” Hoke said.

Nordson Engineering Manager Dawn Yorko echoes that sentiment when talking about quality and speed of work.

“They’re one of our best suppliers from a quality and delivery standpoint. In the last two years they received their ISO certification, so they’re the real deal,” Yorko said.

Part of the success of these partnerships is the time VGS takes upfront to really understand the jobs that need filled within a company and ensuring candidates they are considering for placement in those positions are properly trained and feel comfortable with their role. Once on the job, VGS job trainers continue to remain in contact with participants providing ongoing support and training as needed.

And while outsourcing hiring and job training to an organization like VGS simply makes good business sense from a dollars and cents perspective, the payoff for participants is much bigger.

For VGS participants looking for a job, it’s not that they can’t work. It’s often that companies sometimes overlook them because of the time they perceive will be needed to train that individual, time they don’t feel they have internally. Partnering with an organization like VGS removes that barrier, allowing business leaders to focus on other aspects of their company.

Additionally, the opportunity to work, something most take for granted, gives participants a sense of pride and connection to their community that they previously didn’t have. We can all remember the challenges we faced in getting our first job and the pride we had when we got our first paycheck. For those with disabilities or other barriers to employment, the challenge of getting a foot in the door with a great company to start a rewarding career can be that much greater. Personalized job training partnerships help make getting that first job a little easier.

As you look to fill your workforce in 2020, consider partnering with an organization in your community like VGS that can not only help to fill your workforce with dedicated employees, but also help to ease the burden you may feel when it comes to hiring, job training and turnover. It’s a win-win for employer and employee alike.

About the Author
Susie Barragate has been President & CEO of Vocational Guidance Services (VGS), an Ohio provider of personalized vocational training to individuals with disabilities, since 2018 and has worked with the organization for more than 22 years in various roles. She has received the Innovation Award for Strategic Alignment by ERC and CSHRM’s HR Awards, and was named as an Archer Award finalist for HR Executive of the Year by Crain’s Cleveland Business in 2014. To learn more about Susie and partnering with VGS, visit vgsjob.org.