Manufacturing has quite literally shaped the landscape of the United States since the onset of the Industrial revolution. While the machines and technology propelling the manufacturing sector forward over the past two centuries, much of the work would still be impossible today if not for a highly skilled workforce.

The question becomes in the age of automation, where are manufacturing jobs still thriving for the American worker?

To find out, Kempler Industries analyzed 236 cities across the United States of America, including 150 of the most populous metro areas, based on four key factors including: total manufacturing jobs per 100,000 of population, year-over-year growth, median income for the manufacturing industry, and median housing cost.

Despite the abundance of work in the manufacturing field in Green Bay, ultimately, the analysis found that Wichita, Kansas is the best city in American to work in manufacturing in 2019.

Wichita has 54,200 jobs in the manufacturing field, and a high concentration of the metro area’s total workforce is defined by the manufacturing sector. Beyond that, Wichita experienced 4.8-percent growth between 2017 and 2018, with the median worker earning more than $50,000 per year. That salary is expanded further, as the analysis revealed Wichita has the seventh lowest monthly median housing costs of the cities analyzed.

Smaller metro areas tend to dominate this ranking. With the exclusion of Portland, Oregon and Boise, Idaho, no cities with populations greater than 700,000 appear among the top 10 best cities for manufacturing jobs.

The growth of this type of skilled labor position reveals an upward trend of stability and strength in those metro areas. But beyond the number and continued expansion of available positions, the median income of these skilled positions is another indicator of how robust the manufacturing sector is in each community.

According to the Bureau of Labor Statistics, as of January 2019, the average manufacturing industry worker earns $54,420 per year, or $27.21 an hour. This analysis revealed the median annual salary fluctuates greatly between roughly $26,000 and $76,000 for our top 100 cities analyzed. While a worker in Seattle may earn $67,833 each year, the cost of living in that metro area is considerably more than many other smaller metros in the US, leaving less of that income available for spending and saving.

Cost of living is oftentimes a defining factor in whether someone can afford to live in a city.

Kempler Industries looked at the median monthly housing cost in each community to assess its affordability on a manufacturing worker’s salary. Battle Creek, Michigan took home the top spot as the most affordable city for manufacturing jobs. In Battle Creek, the median housing cost is only $694 per month–nearly five times less expensive than San Jose, California, where the median housing expense is $3,500 per month. If one looks at the wide range of cost of living expenses across these 236 cities, it’s clear that the difference in pay are not as substantial when you factor out fixed living expenses.

Considering all four factors, Kempler Industries was able to put together a comprehensive look at life as a manufacturing worker across the country and how much, or how little, their hard-earned dollars go. Rounding out the top ten best cities for these skill tradesmen to earn a living are Wichita, Kansas in the number-one spot, followed by Fort Wayne, Indiana, Battle Creek Michigan, Toledo, Ohio, Portland, Oregon, Wausau, Wisconsin, Reading, Pennsylvania, Clarksville, Tennessee, Boise, Idaho, and Janesville Wisconsin. In these cities one will find a welcoming and growing manufacturing sector, and a median salary and cost of living that allows workers to save and spend more than elsewhere in the United States.

In the age of automation and outsourcing, it’s clear that the US manufacturing sector is alive and well in many communities across the country. While it is ever changing and evolving with the quick pace of technology, the skilled workers needed to run and operate these machines and plants are in as high demand as ever. 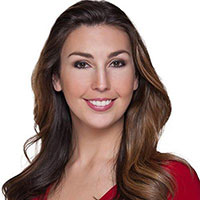