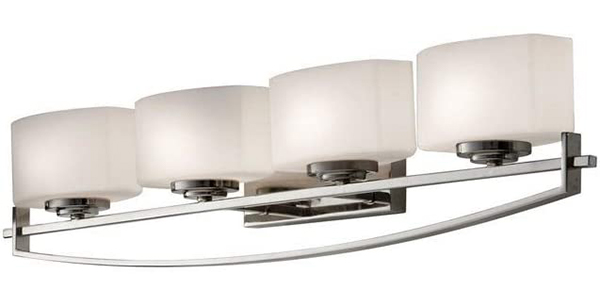 Murray Feiss Imports, LLC likes to say that its lighting products have been warming family homes all over the world for more than 50 years. If a screenwriter pitched the company’s back-story to a studio, he or she might add that the narrative warms the heart. A trite clich‚, perhaps – but it seems appropriate, as the company history is a classic, uplifting “American Dream” tale, involving immigrant parents whose home-based, mom-and-pop enterprise evolved into a hugely successful and internationally renowned company. The message of the hypothetical script? Dreams do come true.

Today, Murray Feiss Imports, based in the Bronx, N.Y., is a leading designer, manufacturer and wholesaler of interior and exterior lighting and home d‚cor. Now in its third generation of family ownership, the company has facilities in New York and China. It is the exclusive manufacturer of the well-known, stylish Bob Mackie Home line and the exclusive lighting and accessory licensee for the Colonial Williamsburg Foundation’s Williamsburg Pure-Simple-Today brand, among other distinctions.

Murray Feiss boasts an extensive, copyrighted line of more than 4,000 products that includes grand chandeliers, ceiling and wall lighting, vanity bath lights with coordinated bath hardware, outdoor lighting, lamps, torchiers, wall brackets and decorative accessories. The list may suggest opulence, but the products are very affordable. “We provide the highest level of quality with a price focus in the mid- to lower-upper income range,” says Ron Hersh, the company’s president of administration. “We watch customers’ bottom lines very carefully, because all of our efforts mean nothing if they can’t afford the product. Items in our line appeal to every budget and every taste.”

Immigrant Aspirations
Murray Feiss Imports was officially established in 1955, but its roots go back to World War II and the New York City home front. “It’s based on a precursor founded by Rose Feiss, the mother of the company’s namesake, Murray Feiss,” reports Hersh, himself a member of the extended Feiss family. “She started a small, cottage-industry lampshade manufacturing business that grew into the large lamp company.”

Murray Feiss’s parents immigrated to America and settled in the Bronx, N.Y. While their skill sets were modest, their dreams were large, and they were bolstered by a faith that hard work (coupled with a little bit of luck) could make anything possible. When Murray Feiss enlisted in the U.S. Navy during WWII, his mother passed the time sewing lampshades to fit over the frames that his father built. They managed to parlay that activity into a small business. Once it evolved into a full-fledged operation, they moved to a larger headquarters, which fostered even more business.

Following his stint in the Navy, Murray Feiss studied finance and marketing at New York University, and then became involved in the family business. As he would later describe, the company began importing porcelain figures that it wired and shaded and sold as decorative table lamps. Soon the product line expanded into fixtures. As offerings and popularity increased over the years, one thing remained the same: the company’s goal has always been to combine compelling design, high quality and on-time delivery with affordable pricing.

Eclectic and Electric
One of Murray Feiss Import’s trademarks is it product-line versatility. Customers can accent rooms with table lamps, decorate their home entranceways with a fancy chandelier, illuminate a sitting with floor lamps, lend atmosphere to meals with dining room lighting, decorate walls and ceilings with sconces and fixtures, or add vanity lighting to bathrooms, among many options. Moreover, all products are designed for coordination. As Hersh explains, Murray Feiss doesn’t focus on a specific product. Rather, it introduces products in collections. “That way, we address the most important applications in the home and have coordinating products that enables the consumer, through our retail lighting customers, to select products that will coordinate both in finish and design elements,” he says.

All products are developed in house by the company’s award-winning team of industrial, graphic and interior designers. “For us, it all starts with design,” says Hersh. “We put together a talented team that can create the industry’s most beautiful, efficient and versatile product.”

He adds that all designs are backed by an in-house group of engineers, draftsmen, color forecasters and quality control experts. “The collaboration guarantees that only the finest materials are used and that design integrity is maintained,” he points out. “What has enabled our growth pattern over years is our focus on product development. We do all of our own designing in house, and all of our designs are proprietary.”

Moreover, Murray Feiss Imports constantly updates its line to keep up with ever-changing home market trends. “As we have always been an importer, we follow the market where it has shown the most development, the most attention to detail and quality,” says Hersh. “By having complete control over the design elements, and by watching the home d‚cor and furnishing trends, we’ve placed ourselves at the forefront.”

In particular, the company focuses on the traditional portion of the market. To stay out in front, company representatives, both the design team and the sales and marketing staff, actually go out into the marketplace, meeting with key customers and the people who sell to those customers, using the input to develop product assortments introduced each year. “In this way, our approach is different than many of our competitors,” says Hersh. “We typically go out twice a year, doing what we call a design trip around North America, to determine the most important trends and what areas may be lacking as far as what our industry provides. So, whether it’s a particular application, or a particular material or finish, or key price points, this enables us to develop what we call our `wish list for design.’ We’ll hit as many as five different markets in a five-day period.”

International Production
Once input has been assimilated, and designs developed, Murray Feiss builds new and exclusive products in its manufacturing facilities in China. “We have four factories in southern mainland China that house more than 3,500 skilled workers,” reports Hersh

Once a new design has been brought to life, it is meticulously finished and tested twice for quality by an independent team of engineers. As far as product distribution, Murray Feiss has two large, state-of-the-art facilities, one in the Bronx, adjacent to its corporate headquarters, and one in Las Vegas. The New York distribution center, which opened in 2002, can turn customers’ orders around in 48 hours or less. It includes 5.5 million cubic feet and takes up several square blocks on Rose Feiss Boulevard, an avenue renamed to honor the company’s inspirational founder. “It’s a fully automated facility that we built from the ground up,” reports Hersh.

The Las Vegas center, a 210,000-square-foot facility, was opened in early 2005 and is patterned after the New York site. “We built it because we wanted to see how our growth and development would be impacted by having a distribution center in the western part of the country,” explains Hersh. He adds, “We’ve seen double-digit growth, in the 12 to 13 percent range, in the years after it opened. Now, we’re looking to expand and fully automate that facility.”

To display its products, Murray Feiss also has a 5,000-square-foot lighting showroom at its corporate headquarters, as well as showrooms in High Point, N.C. and Dallas, Texas.

In Transition
According to Hersh, the company has two divisions: Murray Feiss Lighting and Royce Lighting. “The first focuses on the independent lighting retailer, as well as the furniture store, both independent and chain. The Royce division focuses on the home improvement market and the mass market,” he says. “As such, we have two distinct product lines, but everything is developed within the same studios that we have here in our New York facilities.”

But he also indicates the company is in a period of transition, involving significant mergers. “In 2004, we took on a private equity partner, not only to provide some liquidity but, more importantly, to put us in a position to view the marketplace for growth through acquisition,” Hersh reports.

In June 2006, Murray Feiss completed another merger with the Chicago-based lighting manufacturer called Encompass. “That brought in even more brands,” says Hersh. “Now we have 11 brands operating under the umbrella.

Despite the growth and transformations, the most vital elements of the Murray Feiss enterprise haven’t changed. As the company is still family owned and operated, it remains true to the vision of the founders: to maintain the highest product quality and service levels and to bring to the market only the products that customers really want. The third-generation management is looking ahead to an even brighter future.