When Ajegroup began producing Big Cola in 2002, the company’s founders did not foresee just how “big” the brand would turn out to be. “Today Big Cola comes in fourth among the most recognized soft drinks in the world,” explains Alfredo Paredes Zamora, communications director for the company. “Coke is first; followed by Pepsi, Sprite and then Big Cola.”
The success of the Big Cola brand is perhaps even more surprising when the company’s origins are taken into consideration. “The group’s founders began operations while living in an area of Peru that was so isolated even soft drink distribution vehicles couldn’t get to it,” says Paredes. “The family started producing a soft drink called Kola Real in an artisanal way, and went on to become the main soft drink provider to the region.”

Today, Ajegroup produces soft drinks, flavored waters, juices, sports drinks, and teas for markets in South America, Central America, and Southeast Asia. The group has a total of 23 plants and more than 14,000 workers in 16 different countries. It has grown to be the largest multi-national company with origins in Peru, and plays a leadership role in nearly every country where it has ongoing operations.

The Añaños family – who would become the founders of Ajegroup – was living in Ayacucho, Peru, approximately 300 miles from Lima, when conflict arose in the region. The Shining Path terrorist group and Peru’s military collided there during the 1980s, disrupting many local businesses. The Añaños family was forced to leave their home and live with relatives outside of Ayacucho.

While living with family members, the Añañoses spotted a business opportunity. Due to the ongoing conflict, very few vehicles could access the area where they lived. As a result, traditional soft drink brands were not getting to the customers in the area.

In 1989, the Añaños family developed the soft drink KolaReal with simple kitchen equipment. They bottled the product in recycled beer bottles and began selling it. The demand grew quickly, and soon the family was the leading soft drink company in the area.

In the following years, the family company began to sell its products in other cities in Peru. In 1997 it entered the Lima market, and went on to gain a presence throughout the country. Then in 2000, the young company expanded into Ecuador and Venezuela. It started operations in Mexico in 2001; Central America in 2004; Colombia in 2007; Thailand in 2008; and during the last two years it has entered the Indonesia, Cambodia, Vietnam, and Laos markets.

“During the first five years of operations, from 1989 to 1994, the company only produced one soft drink – Kola Real,” says Paredes. “After that it started producing bottled water under the brand Cielo. These two products were the company’s only brands for a number of years.”

After Ajegroup entered Venezuela, it began developing other soft drink flavors. Then in 2002, when Big Cola hit the Mexican market, the group knew times were changing for the company. “Big Cola quickly became the flagship brand, the one most recognized and the one with the highest sales,” says Paredes. Big Cola continues to lead the way, representing slightly more than 50 percent of the group’s total sales each year.

Even with the surge of Big Cola as it hit the market, Ajegroup did not slow down its development work on other products. “We entered juice and nectar market with brands such as Big Nectar, Pulp, and Cifrut about three years ago.” It went on to enter the sports drink market with Sporade, and then spent time reinforc-ing its bottled water line. Today it produces purified bottled water, mineral water, flavored water, low-calorie flavored water, and fortified water under brands such as Free Lite.

Ajegroup recently launched Free Tea and Free Tea Light, a line of teas featuring organic tea, lime-flavored tea, green tea, mint tea, and others. It continues to produce and distribute soft drinks under brands such as Kola Real, Big Cola, and Oro. The group also produces a beer that is sold exclusively in the Peruvian market.

Overall, Ajegorup sells approximately 3.8 billion liters per year. Its annual sales are estimated at $1.5 billion. Headquarters for the company are located in Peru, with corporate offices in Mexico City.

Ajegroup’s products have sold well in the countries where it has a growing presence for a number of reasons, starting with its combination of high quality at a low price. “We’re the company that has prices market at 30 to 35 percent less than traditional brands, but we do that with an emphasis on quality.”

One of the ways the company reduces the cost of its products is by using an entirely integrated system to produce the bottled drinks. Ajegroup has invested in technology that allows the company to do nearly everything on an internal and automated way. “During most of the production process, only two workers and a supervisor are needed, which reduces risks and enhances quality.” Its factories have the latest technology available, with features such as a direct line connecting the sugar to the mixer used during the production phase. The group also uses small and medium-sized distributors to take its products to retail stores, thereby offering jobs to workers in the regions where it has a presence.

This low cost strategy has helped the company gain consumerconfidence and become a leader in various regions. “We’re used as a reference for many entrepreneurs in Latin America and for companies that want to branch into the international market.” The company is the third largest bottled drink producer in Latin America. In the different countries where it operates, its market share ranges slightly. In Mexico, it holds 30 percent of the market; in Venezuela and Ecuador, 15 percent; in Colombia and Central America, 20 percent; and in Southeast Asia, its market share ranges from 15 to 17 percent, depending on the country.

While Ajegroup works to keep its prices low, it also is aware of consumer’s changing needs. “Recently we’ve focused heavily on healthy drinks that are more pertinent to today’s generation.” This includes purified flavored bottled water that is low in calories and also contains an added value for the consumer, such as vitamins, minerals, and antioxidants. “Before, many of these drinks were sold under traditional brand names and priced high or catered to a narrow market. Our products offer health benefits at a reasonable price for everyone.”

The group’s plans for the future are twofold: to consolidate in areas where it already has a presence, and continue expanding into different countries. “We’ll be focusing in Southeast Asia, consolidating our presence in places like Vietnam, Cambodia, and Thailand.” To do so, the company plans to rely on the business model that brought it from a small beginning to its multinational status today: high quality at an affordable price. 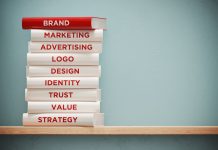 Promoting Products and Services Amid COVID-19 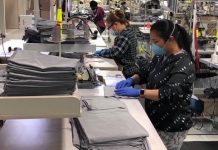 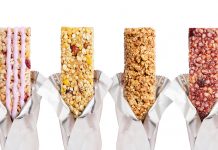 Ready for What’s Next?

Why It’s Best to Use a Truck Insurance Broker

Promoting Products and Services Amid COVID-19

Plastics and Packaging in the Aerospace Industry

Lowell Teams with Datadobi to Migrate Data to New IaaS