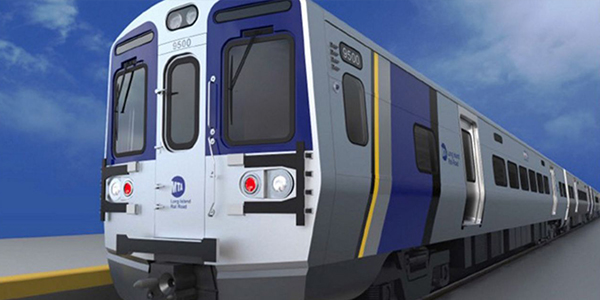 On October 27, 1904 the first New York City subway went into operation with the inaugural run of the Interborough Rapid Transit (IRT) line. In this 100th anniversary year, the city’s residents and visitors can look back with nostalgia on the quaint old trains from the vantage point of a system that is continually being updated with high-tech, high-speed cars. And when straphangers see the name “Kawasaki” on a new subway car, they can enjoy their trip in a rail product made in Lincoln, Neb., assembled in Yonkers, N.Y., and backed by almost 100 years of train-manufacturing experience.

Kawasaki Rail Car, Inc. (KRC) was established in 1979 in Philadelphia, Pa., where the company’s first project was building light rail cars for the city. As part of Kawasaki Heavy Industries, Ltd. (KHI), an international business based in Japan, KRC immediately benefited from a railroad heritage that dates back to 1906. Originally a shipbuilding company founded in 1878, KHI built its first locomotive just after the turn of the century and is now the largest rail car producer in Japan and a supplier to transit authorities around the globe.

By the mid 1980s, work in the New York metropolitan area brought KRC to its new corporate headquarters and plant in Yonkers, N.Y. The order for 95 subway cars for the Port Authority Trans-Hudson (PATH) system was the start of an ongoing relationship with the northeast area’s transit authorities. Kawasaki opened its Lincoln, Neb., facility two years ago to meet growing demand for its rail cars in the New York-New Jersey area and in Maryland, Massachusetts, and Virginia.

Efficient Rollouts
Kawasaki Rail Car’s two facilities function in tandem to produce volume orders for rail cars. The Yonkers plant is equipped for fabrication, assembly, rehabilitation and function, testing of all types of passenger rail cars. Employees number 250 to 500, depending on the work in progress at the 380,000-square-foot facility. The car shell-manufacturing facility in Lincoln has capabilities to build various types of rail cars in different sizes in its 460,000 square feet of space. A group of 250 to 500 skilled employees is employed here.

“Our Lincoln plant is the only plant in the United States where a rail car can be manufactured from scratch to finished product,” says Jitendra S. Tomar, KRC’s manager of marketing and business development. Other companies import their shells and do only assembly here. Our car designs are computer based, and manufacturing is mostly automated for increased productivity. It’s state-of-the-art.”

For the record, a typical rail car, completely assembled, weighs 70,000 pounds. Construction features include: stainless-steel shell, forged or spun steel wheels, welded bogie (the truck platform with wheels on which the passenger car sits), vandal-proof glass and passenger doors. Systems include: electrical, lighting, heating, air-conditioning, digital messaging, propulsion, braking and monitoring & diagnostic. As for amenities, the leather standee straps of yore are now spring-mounted steel hooks that retract when not in use.

“Kawasaki is a true engineering company,” says Tomar. “Engineering is our strength. It’s the base of our in-house processes. We can engineer any problem we encounter. There are stringent requirements for building rail cars, and we are a very service-oriented provider to the rail people.”

KRC’s track record speaks for itself on the subject of reliable product. Currently Kawasaki rail cars have the best mean distance between failure (MDBF) in the industry. In New York, Kawasaki’s 520 rail cars in service on New York’s Lexington line achieve an average MDBF of 300,000 miles.

Building reliable products cost-effectively, testing them rigorously and delivering them on time are the goals of KRC’s manufacturing process, a system known as the Kawasaki Production System (KPS). The technique, which uses efficient workflow and employee involvement to produce high-quality products, is the focus of on-site visits from other manufacturers. Additionally, KRC was the first American rail car manufacturer awarded ISO-9002 certification.

Another quality element built into Kawasaki rail cars is attention to components provided by outside suppliers. Tomar says, “We work very closely with our suppliers for subsystems. We go on site and inspect our order prior to the shipment. We test the products so that when we receive our subsystem, it’s ready to go.”

In the customer service area, KRC provides operations and maintenance training for transit agency employees who work on the cars. Should a repair or operational issue require the manufacturer’s attention, a company crew is dispatched to the site immediately. Kawasaki’s multi-million-dollar parts inventory ensures timely repairs to keep the trains rolling.

Subway cars on New York City’s “L” subway line provide another example of technological wizardry – the communications-based train control system (CBTC). “With this system, the train signaling can be controlled by radio frequency from a computer at a remote location,” says Tomar. “You don’t need an engineer because it’s done with computer. This is a good system with many safeguards built in. Kawasaki produced 212 of these R-143 cars for New York.”

When asked about the effects of technology on the subway rider’s experience, Tomar says, “In the last five years we have made three major improvements. First, the air-conditioning system is very effective and controlled electronically. Next, the interior lights are brighter and better. Third, the information system is made easier so riders don’t have to rely on an announcer. Route maps are on digital display that shows where the train is, the next station, and the time. The transit authority can also flash news or other messages on the display. Then, of course, there’s the ride. It’s a smooth, fast ride.”

Future Routes
As part of the $10 billion KHI international organization, KRC contributed $500 million to the bottom line in 2002. Most of the U.S. company’s business, about 70 percent, is in the Eastern states. In the past three years, KRC has made over 700 cars for the NYCT, making that transit agency KRC’s number one customer.

Current projects include a pairing with Alstom Transport, a French company, which has a facility in New York State. The partnership will make 660 cars for New York City subways. Tomar says that options on that contract could increase the order to 1,700 cars. Additionally, the Boston transit authority has ordered 28 more bi-level commuter coaches.

“The Unites States is a big market, and it’s a good market for our production management, quality and our engineering skills. But it’s also a tough market because our customers are public agencies that conduct business with requests for proposals (RFP) or IFB – and most of the time transit agencies tend to choose the lowest bid,” says Tomar. “But I’m very proud of our company. We make the best car in the industry for both the authorities and the rider.” 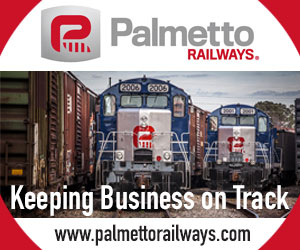