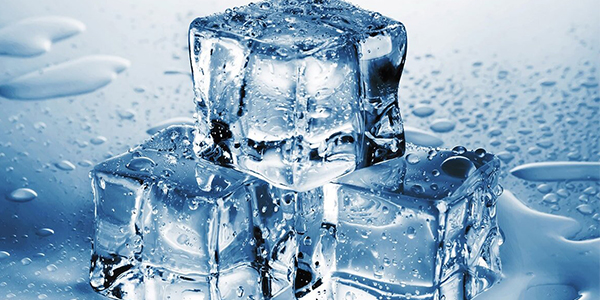 Ice crystals are not abrasives. This is a very important fact and Rory Clarke, a founder of Universal Ice Blast, Inc. (UIBI) based in Kirkland, Wash., deems this characteristic an important component in what he describes as his company’s “sunrise technology.”
“Ice scrubs,” he explains. “It’s like a self-destructing scrub brush which renews its bristles continually.” Unlike water-blasting technology, the last-generation-cleaning tool that reached its zenith in the 1980s, ice blast can be done at very low pressures – between 60 and 140 psi. Pressures needed for water blasting can reach 5,000 psi for comparable performance, Clarke says. In addition, the volume of wastewater generated from similar cleaning operations favors ice blast by a factor of some 75 to 1. “The superior cleaning capability of ice particles comes from their scrubbing action on impact,” he adds. “Water can’t clean like ice.”

Since the company’s founding in 1995, followed by extensive research and development into Ice Blast technology by Clarke’s partner Sam Visaisouk and senior engineer Norman Fisher, Clarke’s declaration on ice versus water has undergone many tests. Each one, he says, has proven the value of the company’s invention. Among those convinced of the value of ice blasting was the New York Department of Transportation, which used Universal Ice Blast’s machines in 1998 for lead-based paint abatement on two bridges. “It not only worked but it saved them money, along with all the environmental and worker safety benefits” Clarke says. “The waste minimization aspect of ice blast also makes it ideal for the cleaning of hazardous materials such as lead-based paint, asbestos and radioactive contamination. In fact, ice blast technology is probably the only answer to the dirty bomb today.”

Most importantly, perhaps, was the company’s success with its installation of an automatic ice blast gear cleaning system at Ford to replace a water washer system that was no longer capable of meeting cleanliness and other production requirements. The improvements were substantial enough to pass Ford’s rigorous six Sigma “Implementation Readiness” criteria. The fact that ice blast uses only 20 gallons of water per hour makes it economical enough to use only new water.

This means the cleaning capability does not depend on the maintenance of the water reprocessing system which is required for all water blast operations. Ice blast can hold a cleanliness specification year after year with minimal maintenance. The ability to maintain quality with minimal equipment maintenance is very important in the automotive manufacturing sector.

Such success, not from the lab but from the production floor, brings home the potential for ice blast in the gear manufacturing sector as well as the broader automotive powertrain industry. UIBI estimates that there are more than 300 such gear manufacturing lines in the U.S., virtually all of which could benefit from the inclusion of an ice blast machine. The global potential market for transmission gears alone can be estimated to be a minimum of 1,000 units. At a price of $250,000 per unit, this equates to potential revenue stream of $250 million for gear cleaning alone (the total potential in all markets targeted for Ice Blast is expected to be somewhere in the area of between $2 billion and $4 billion). UIBI has successfully patented the key, core innovations associated with the technology as well as specific applications that extend and broaden protections.

The bigger market for ice blast in the powertrain sector is the deburring and cleaning of aluminum valve bodies for automatic transmissions. As word has gotten out, companies such as Metaldyne and Toyota have expressed interest in the technology, and Universal Ice Blast, well-positioned to capture a market share in the precision cleaning market, realized that its five or so years of intense research was well worth the effort. In addition to precision cleaning, UIBI also is concentrating on industrial cleaning (plant and equipment maintenance, remanufacturing, petrochemical, pulp/paper, food processing, etc.) and environmental cleaning (lead paint and asbestos abatement, HAZMAT cleanup).

The technology
The process is simple, explains Clarke: Connect water, air and electricity to the machine and within one minute from pushing the start button the ice blast machine is ready for work. Ice making and refrigeration are cost effective. For example, the cost to make the ice for blasting is only about $1 per hour. This process also is extremely reliable (a cheap refrigerator will last 20 years with no maintenance) and used around the world under widely different climatic conditions.

At the heart of the technology is the “Displace, Scrub and Flush” mechanism: ice crystals displace contamination on impact, deform to scrub during impact, and after impact melt into water to flush away debris. This cleaning mechanism is so effective that only 20 gallons of water (to make 200 pounds of ice particles) is required per hour of operation. In addition, no cleaning chemicals are needed. Says Clarke, compared to other blast cleaning processes, ice blast reduces secondary waste by up to 95 percent – a big EPA issue. This is particularly important in environmental cleaning in which the waste disposal costs can be very high. A less obvious benefit of ice blast is its ability to reduce airborne contamination. As ice particles shatter on impact, they turn into mist which partly evaporates to reduce waste volume and partly condenses to encapsulate airborne contamination from the blasting operation. Thus workers in the lead paint and asbestos abatement industry are exposed much less to the hazards of their work – a big OSHA issue. This is well documented by the New York State DOT.

Ice blast is sometimes mistaken as dry ice (CO2) blasting. Dry ice blasting requires the purchase of a blast media, i.e., CO2, in either block or pellet form and requires insulated storage and handling. Also, dry ice has a relatively short shelf life; it disappears, or loses its mass, by sublimation during transportation, storage and handling at up to 10 percent per day. Its running cost alone is at least 20 times higher than ice blast.

The strategy
Basically an R&D company until 2002, UIBI’s objective now is to license the technology to be manufactured, distributed and sold. Currently, UIBI offers stand-alone Ice Blast machines for rental, lease or purchase. Its team of engineers also can design and install automated ice blast cleaning systems to meet specific product needs. Seeing the potential in the automotive industry, UIBI has set up a structure specifically targeting the powertrain segment while also addressing other areas, such as industrial cleaning, lead paint and asbestos abatement, nuclear decontamination, petrochemical and refinery maintenance, food processing and marine (the Ice Blast technology was born from a Canadian directive several years ago seeking a more efficient cleaning technology for ship interiors). A few years ago, a papermill was the beneficiary of Ice Blast after a valve broke, spewing corrosive acid throughout the building, which began to eat away at the structure. Ice Blast was used to clean the mess and in the process, gained another devotee.

UIBI also is branching out into Europe and Asia; Europe specifically, Clarke says, is a potentially huge market for applications ranging from automotive to marine. In addition, the company expects breakthroughs into the precision cleaning market this year in Japan and Europe, following the success of the Ford gear-cleaning machine. UIBI also plans to continue customer-driven research and development, continuous vigilance to improve worker safety and environmental awareness. As new environmental standards are being established, traditional forms of cleaning will be abandoned and replaced by safer, healthier technologies, Clarke says. “We are that ‘safer, healthier’ technology and we are excited to offer a system that will continue to meet customer needs without jeopardizing the environment or worker safety,” he says.