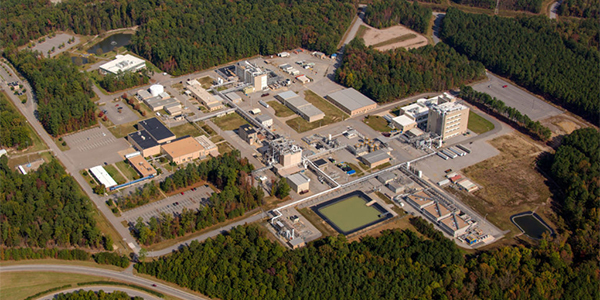 What goes up must come down. That’s certainly a truism of the solid-fuel booster rockets for which American Pacific Corporation (AMPAC) supplies the critical ingredient to enable take-off. Though AMPAC enjoys a unique position in being the sole supplier of the oxidizing agent ammonium perchlorate that triggers the chemical reaction to provide the needed rocket thrust, it is beholden to the ups and downs of the national space program.

The heyday of the Apollo manned space missions have long passed, and today the shuttle program and the international space station have been scaled back. However, AMPAC has diversified to provide ingredients critical to the explosives industry, fire extinguishing systems, automotive airbag systems, agricultural chemicals, pharmaceuticals, and environmental protection equipment. It is also starting an aggressive push in European markets to serve these industries, as well as its core business in solid fuel rockets and missiles.

At the same time, AMPAC continues to develop commercial and industrial properties as a sideline of its origins in the real estate business. So how do chemicals and real estate mix? AMPAC was founded in 1955 as Pacific Engineering & Production Company of Nevada and quickly became a leading manufacturer of perchlorate chemicals. In 1982 it merged with American Pacific Corporation, a real estate development and financial services company operating primarily in California, Florida and New York. It still has some real estate holdings in Nevada, and is currently developing the Gibson Business Park and is involved in the Ventana Canyon residential project, both located in the Las Vegas Valley. It is still headquartered in Las Vegas, but it is certainly not gambling in putting its primary emphasis on one line of business.

However, the manufacture of ammonium perchlorate and other perchlorates and its derivatives is where AMPAC has established itself as a world leader. Potassium perchlorate and sodium perchlorate are used as oxidizing agents in the pyrotechnics and chemical industries and sodium hydroxide is commonly used in a variety of mining and pH adjustment applications. AMPAC is the only North American producer of ammonium perchlorate, the sole oxidizing agent for solid fuel rockets, booster motors and missiles used in space exploration, commercial satellite transportation and national defense programs. Principal space customers in this segment include Alliant Techsystems, Inc. for the NASA Space Shuttle Program and the Delta family of commercial rockets, and Aerojet General Corporation for the Atlas family of commercial rockets. AMPAC also is a supplier for a number of Department of Defense (DOD) programs, including the Minuteman, Navy Standard Missile, Patriot, and Multiple Launch Rocket System programs. It also supplies foreign defense programs and commercial space programs.

As part of its diversification, AMPAC is building on its core aerospace business by acquiring the in-space propulsion business (ISP) from Aerojet-General Corporation, the world’s largest producer of birepellant thrusters. The ISP business has operations in Niagara Falls, N.Y. and Westcott, England. It had sales of approximately $13 million in 2003.

The Perchlorate Business
Total sales of perchlorate chemical products accounted for approximately 73 percent of company revenues during the nine-month period ending in June 2004, a decline from 82 percent of revenues during the same period the previous year. While the space program is currently not operating at the level it once did, tactical military systems such as the Ground Missile Based Defense System, Hawk, MLRS, ATACMS and stinger missile systems all play an increasing role in the modern military. More than 100 such systems are employed by the U.S. military, and all require ammonium perchlorate.

“Demand for perchlorate chemicals declined throughout the 1990s,” notes Fortunato Villamagna, vice president of business development, “which is why we’ve diversified into a number of areas related to space programs as well as explosives. However, the fact remains that if you’re going to do any kind of ‘heavy lifting’ into space, you need solid boosters to achieve sufficient velocity to escape Earth’s gravitational pull. So, whenever there’s a need for solid boosters, there’s a need for ammonium perchlorate. Though we believe there are some foreign sources in France, Japan and possibly China and Taiwan, these producers operate lower volume, higher cost production facilities.

And, needless to say, these are not approved suppliers for NASA or DOD programs, which represent the majority of domestic ammonium prechlorate demand. So we’re really the only significant source.”

While the U.S. space program is seemingly in a holding pattern as it decides what will replace the shuttle and what kinds of missions it wants to, or can, accomplish, there has been some glimmer of interest in private commercial space endeavors. However, currently this has little effect on AMPAC’s ammonium prechlorate business.

Required Heavy Lifting
“There are three types of space missions. One is manned, the second is to put small satellites into orbit, and the third is to lift significant payloads such as construction equipment to assemble something like the proposed international space station,” Villamagna says. “Each requires different lift capabilities. The private companies are looking at new types of manned vehicles and launch systems or the satellite launches. They’re not getting involved in anything that requires all three, which is essentially what the shuttle program does. The commercial sector currently isn’t capable of addressing the complex and expensive launch needs for which solid fuel boosters are essential.” Still, AMPAC sees some opportunities with the European Space Agency, though Villamagna is quick to note that all exports are subject to strict export controls and, of course, safety regulations.
“This is a strategic material,” he says.”We deal with a relatively small number of customers but with large volumes. Certain customers, such as Arian, provide us with their own shipping containers and transport the material themselves, in other cases we manage the logistics. In either case, the highest levels of security and safety are required.”

AMPAC remains a healthy enterprise, with 200 employees and approximately $60 million in annual revenues. “Our overall strategy is to extend into new ventures and enlarge the scope of our existing products,” Villamagna says, “and at the same time improve quality and reduce costs.”

So, what goes up may come down, but AMPAC has more than cushioned itself against any possible fall.