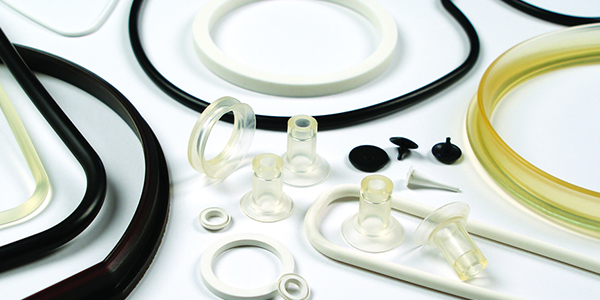 Talk to IER Industries President John Elsley about his company’s rubber manufacturing operation. He’ll tell you that developing a specific rubber compound to fit a customer’s application is as much art as it is science.

As an example: The tier-three automotive supplier, whose customers include Delphi, Siemens, Eaton and other tier-one producers, has supplied a rubber molded armature to Delphi for years; the component is used in the fuel system that might, in turn, be sold to Ford or General Motors. Delphi had developed an account with another automotive OEM and had wanted to use the same component. Problem: The armature didn’t fit right in relation to the vehicle’s different configuration, which effectively caused it to stick.

“In the end we worked with both companies and devised a texture to the surface that solved the sticking problem,” Elsley says. “We spent a lot of time and effort changing it and the end result was a viable solution for everyone concerned.”

It is a typical day of producing specialized solutions for IER, founded in 1958 as the Industrial Electronic Rubber (IER) Company, and now a $30 million business. IER was started by Myles Murray, who had ideas about using rubber in relation to a phonograph’s electronic components, but when this idea didn’t exactly pan out, he figured there was always the automotive arena to benefit from his technology.

“The whole thrust was carburetor needles, small, metal parts with rubber at the tip,” Elsley explains. Nowadays, with carburetors absent from the engine, the company’s rubber components are used mostly within the fuel system in areas in which seals are needed to either completely seal a surface or to control the flow of vapor or gasoline. The company prides itself as a premier manufacturer of custom molded elastomeric seals and parts with the ability to hold extremely tight tolerances. IER has developed more than 4,500 elastomeric compounds and has become a world leader in molding a variety of elastomers, including fluorocarbons, silicone, fluorosilicone, nitriles and EPDM, in addition to other exotic materials. In addition, notes Elsley, “We are probably one of the premier FKM (fluoroelastomer) molders, and have developed proprietary knowledge that gives us a leading edge.”

In 1986, Murray sold his company to Furon; however, the acquisition proved an inadequate fit into that company’s rubber manufacturing niche. In 1993 IER was again sold to its current ownership, a group of investors headed by principal owner and CEO Gerald J. Breen. Headquarters are in Macedonia, Ohio, and the company has an additional facility in Liverpool, Pa., where the original owner grew up.

Science and art
IER’s application of science and art in the development of unique and customized rubber compounds has further benefited customers through partnerships with science companies such as DuPont Dow Elastomers, Dow Corning, 3M, Dyneon and Zeon Chemicals. Explains Elsley: “When you talk about the rubber we use – it is a synthetic gum rubber that we could develop with any mix of 27 different polymers according to customer application. We add ingredients such as fillers, plasticizers and curing agents, according to whether the application is static or non-static, vibratory or stationary or whether other properties such as hardness, elongation or tensile strength are required to meet the customer’s needs for a specific application. One of our fortes is in the development of compounds. While we have 4,500 in our database, in most cases we’ll start from scratch, use what we know but tweak it a bit to a specific application.”

Among the compounds offered is Perfluor(c), IER’s trade name for perfluoroelastomer, a polymer capable of withstanding a wide array of chemical environments. The company offers a high “purity” version, which caters to the semiconductor market, with minimal amount of extractions.

In addition to automotive, for which IER produces an array of seals and parts for emission controls, air management systems, brake systems, safety devices, electrical connectors and climate control, the company also services the low volume arena. IER also operates a special molding line for low volume orders (one piece and up), which includes a dedicated aerospace manufacturing work cell. With AS 9100A and AS 7115 certification, IER has a range of capabilities, such as hydraulic presses ranging from 20-ton lab presses to 700-ton production presses. Platen sizes range from nine-inch-square to 32-inch-square. All presses are electrically heated and have self-contained hydraulics. For the aerospace industry the company produces seals for fuel systems and emergency devices such as solenoids, pumps, flow valves, flapper valves, and duckbills.

IER also supplies a range of other applications and markets; these include:

Custom niche
IER sees as its key contribution to the industries it serves its ability and proven expertise in developing compounds for special applications and its ability to design and mold all base rubber compounds. “We’re also fully flexible in manufacturing,” Elsley says, noting the company’s capabilities in injection molding, compression and transfer processes, as well as devoting R&D efforts on liquid injection molding and some of the newer more automated molding processes. “We get kudos all the time in our ability to respond to customers’ needs,” he adds.

In fact, what sets IER apart from its competitors is the company’s individuality when it comes to custom rubber molding. “When you’re involved in plastic molding, the basic polyethylene grades are the same,” Elsley notes. “In our rubber molding operation, all of our 4,500 compounds are different.”

As one of the first rubber companies to get QS 9000 certification, IER has since achieved ISO: 17025 for its lab testing, enabling the company to certify any product that goes out the door. The company also anticipates receiving the new TS 16949 certification, and it expects to be one of the first rubber molders to become fully TS certified later this spring.
With its business picking up, aerospace most notably, IER is planning further growth through acquisitions and by leveraging its technical expertise into new areas. As it furthers its business, the company will most certainly continue to break the mold to introduce newer and more sophisticated technologies.