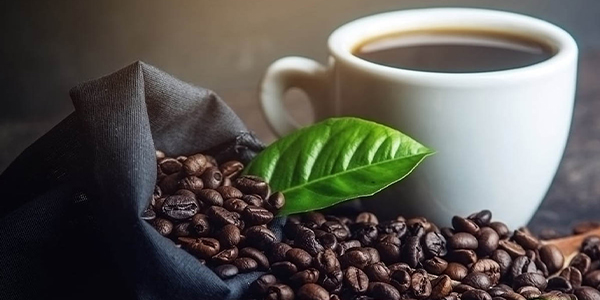 Since 1912, Mother Parkers Tea and Coffee Inc. has led the food and beverage industry in supplying high quality tea and coffee products to distributors, retailers and food service organizations. What began as a grocery wholesaler in the 1900s has grown to become one of the largest, most successful family-owned private label tea and coffee companies in North America.

Today Mother Parkers provides coffee and tea products under well-known brands to major food service operators and grocery retailers in North America; in addition to marketing its own traditional Higgins & Burke and Mother Parkers brands of coffee and tea. In the 1990s, Mother Parkers expanded into the U.S. market and has enjoyed tremendous growth with both retail and food service customers. Strategic locations for operations include Ontario, Quebec, and Texas, allowing the company to supply fresh roasted coffee to most of the U.S. within six to eight hours. Not bad for a company that employs 500 people in Canada and 250 in the U.S. Mother Parkers is currently the only North American company producing a range of tea, roasted and instant coffee, coffee creamer, instant cappuccino and hot chocolate products for retail and food service distribution.

It seems wherever you go today, you can find superb coffee. “Food service really encourages consumption of coffee and they are growing faster in consumption than grocery; they are really setting the standard,” Higgins says. “We sell into both, but are seeing the change in the hotel/restaurant, fast food, convenience stores, and airlines. They recognize the need for better coffee and are asking us to put better coffee in their blends at heavier weights. When you see this, you know the industry really wants a better product.”

The company is in a perfect position to deliver fine coffees and teas to its many markets. Products include popular formats of regular ground and whole bean; flavored and gourmet coffees; regular and flavored instant coffee; hot and cold cappuccino-style beverages; black, flavored specialty and herbal teas. On the retail side, the company markets esteemed brands including Higgins & Burke, Mother Parkers, Martinson, Brown Gold, Savarin, and Beech Nut.

It takes a lot of experience to find, roast and even package great coffee for taste and freshness. “Coffee is Mother Nature’s product and as a result the people who taste the coffee have to have many years of experience. There is no university for coffee tasting. It’s an apprenticeship,” Higgins says of the company’s experienced “certified cuppers,” people with decades of experience who head up commodity and procurement efforts. “We travel to the different countries and are in touch with the people who grow coffee for us. We know the good suppliers who can keep quality consistency for us.”

The company gets its fine Arabica beans from Central America, Mexico, Columbia and Costa Rica. Robusta, a lower grade of coffee, is grown in Brazil, and Vietnam. Coffee also comes from Kenya and Tanzania. Tea commodity is every bit as important to Mother Parkers as coffee and is also handled with the same care.

Although the beginnings of Mother Parkers Tea and Coffee Inc. were modest, the energy, talent, and initiative of its founder led to its expansion over the years. The company originated in 1912 under the name Higgins & Burke Ltd., founded by Stafford Higgins. It was a modest wholesale grocery distributor, operating out of an office and warehouse in Toronto. Higgins & Burke supplied flour, sugar, coffee, tea and other staples to many of the small neighborhood food stores as well as provisions to railway and highway work camps. The business grew throughout the 1920s, and with the addition of Higgins’ son, Paul in 1930, the company developed a strategy for its products. In 1932, the Mother Parkers brand was born.

Business flourished and in 1939 Mother Parker’s Coffee became the number one brand in its region. Two companies had been formed, Mother Parker’s Tea & Coffee Ltd. and Higgins & Burke Ltd.

With the change in retailing from the corner store to large chain supermarkets, a brand new concept was created: private label. Mother Parkers seized the opportunity to quickly become a major contributor in this new and expanding market. During this period, the company entered the highly competitive food service industry to supply hotels, restaurants, and institutions.

To keep up with the growth, new facilities were needed. In 1968, an addition was made to the Mississauga plant, placing instant coffee, regular coffee and tea all under one roof. Once again Paul Higgins invested in the most modern complex in North America. All processing was handled by airveyors, ensuring that the coffee and tea were never touched by human hands. In 1972, an instant coffee plant was developed in Ajax, Ontario. Growth and development took another step in 1976 when a 100,000-square-foot addition was built to house the tea facility at the Ajax site. Mississauga would now be exclusively devoted to roasted coffee.

Modernization continued at an increasing pace as the family expanded the tea plant. In 1978, Mother Parkers purchased, from Italy, two of the world’s fastest tea bagging machines, another first in North America, each with a capacity of producing 2,500 bags per minute. The plant now boasts a number of machines producing regular, decaffeinated, organic, flavored, and herbal teas in various formats.

Early in 1981 a commitment of over $2 million was made to purchase a “brick” coffee-packaging machine. The completion of the $10 million expansion to the Mississauga roasted coffee plant in July 1985 enabled the company to produce all packaging formats available on the market today, including vacuum cans, brick packs, and valve bags, in a multitude of sizes. It also produces a complete array of food service packaging formats and is one of the few plants in North America capable of producing microwave coffee bags.

In 1987, its 75th year in business, came the reinstatement of the Higgins & Burke Brand name in the retail and food service trade with the introduction of Higgins & Burke Premium Gourmet Teas and Coffees.

By 1992, seeing the potential for a quality supplier of private label tea, coffee and instant coffee products in the U.S., Mother Parkers decided to further expand the business by opening a U.S. headquarters in Iselin, N.J., and a plant in Amherst, N.Y. The company became a supplier to eight of the top 10 chains in the U.S., and supplier of private label products to over 40 U.S. retail chains. In 1993 the company partnered with Transherbe, a Montreal-based herbal tea company. “We buy our own herbs,” Higgins says. “This allows us to control who we’re buying from at the source, allowing more quality control and assuring supply for our corporate label customer.” Other milestones include: The opening of two additional sales offices in 1994 in Cleveland, Ohio and Buffalo, N.Y. In December, 1995, the company received the Financial Post/Arthur Andersen Award as one of the “50 Best Managed Private Companies” in Canada, an award it would receive repeatedly. In 1996 Mother Parkers celebrated the opening of a new state-of-the-art distribution warehouse and customer service center across the street from the Mississauga manufacturing plant.

In 1998, installation of a new IMA C-2000 tea-bagging machine in Ajax added the most technologically advanced machine for the production of double-chamber tea bags. The computer-controlled C-2000 produces 450 tea bags per minute with tag and envelope. It automatically collates the bags into 48 or 100 count, places them into the carton, and closes the carton. In the same year, Mother Parkers also launched a new gourmet roasting facility in Mississauga.

Most recently, in keeping with the increasing demand for decaffeinated coffee, the company entered into a partnership with Qusac, a decaffeination plant based in Montreal. This venture positions Mother Parkers as one of three coffee companies in North America that have direct integrated decaffeination capabilities. “We are working on a chemical-free, water (decaffeination) process which we plan to introduce later this year,” Higgins said.

The current Mother Parkers marketing team keeps an eye on consumer trends to continue to develop new products. The current trend is toward organic tea and coffee as consumers become aware of the health and environmental benefits of organic farming. Here again, Mother Parkers is leading the way, with its new organic line of tea and coffee. “We are 100 percent organic certified in all three of our plants,” Higgins says, stressing, “There is a difference between 100 percent certified, in which the seal is on the package, and those claiming they pack organic product, but are not certified.” To achieve certification, the company controls everything from tree to cup. “There’s a process of organic growing, no pesticides or chemical fertilizers. In our plant we go through rigorous and costly certification on how we blend, roast and package our coffee. A similar process is also applied to tea. A lot of companies can’t afford to reconfigure their facilities to get certification.”

What sets the Mother Parkers team apart from competitors is the team’s in-depth knowledge and commitment. Mother Parkers is proud to have the toughest quality control standards and practices in the business. Superior quality assurance people perform more evaluations during the manufacturing process than any other supplier. “We’re passionate about coffee and tea and ensure consumers enjoy every cup of coffee and tea delivered from our plants.” Higgins says, “We are a family business with a lot of integrity because it’s our name on the door.”