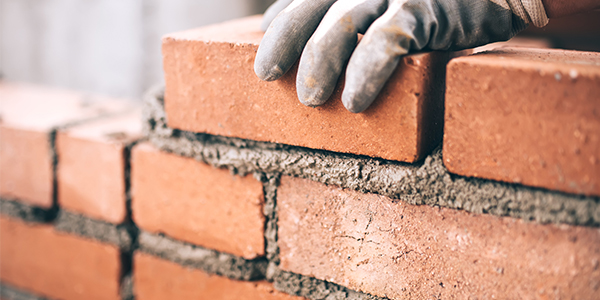 As the stock market falls, climbs slowly, then falls some more, homeowners have clung to the one investment that invariably appreciates – their homes. And in terms of home types that retain or gain the most value few building materials can match the durability and aesthetic appeal of bricks.

Formed through the amalgamation of seven brick manufacturers, Hanson Brick employs 2,000 people and manufactures more than 1,000 products across the continent, which makes the company the largest brick producer in North America. With a wide range of different brick styles, Hanson serves customers on a local, national and international level. Although manufactured in five regions across Canada and the United States, Hanson Brick is available throughout North America. “Our product is produced to the highest industry standards, with the finest natural materials using the most advanced production technologies,” said Bates. “We offer a residential product line through five regional collections, each featuring colors and textures that are inspired by the local landscape. We also offer an ICI product line, designed specifically for architects.”

Forging brick-solid relationships Hanson Brick is part of Hanson PLC, a $6 billion corporation employing 30,000 people worldwide. Today, Hanson PLC is one of the world’s leading building materials companies – the third largest producer of clay bricks, the second largest producer of pipe, and the largest producer of aggregates in the world. For several key reasons, more than half of Hanson Brick’s employees are in North America. “America is continuing to experience a housing boom across many regions. This, combined with the positive long-term demographic trends in many states makes this country a great place to grow our business,” Bates said.

What goes into marketing bricks is equally important as what goes into making bricks. Hanson has done its homework, forging relationships with large, national and major regional developers and paying close attention to building trends across the country in an effort to be a value-added supplier wherever there is a predilection toward bricks. According to Bates, from Texas due north into Canada and fanning throughout the eastern United States bricks are extremely popular in home construction. Such regions were settled primarily by the English and Dutch who traditionally built homes with bricks, whereas west of Texas the wood look and adobe style houses are more popular.

“Since about 80 percent of our business is residential construction, we follow population shifts and observe state-by-state projections about growth,” said Bates. “For example, Texas has some of the strongest demographic history over the last 10 years primarily because of a net migration from north to south and because of immigration from Mexico. We predict that growth will continue over the next 25 years, which is why we opened up two brick plants – Elgin near Austin and Ogden near San Antonio.”

7 to 1
Hanson Brick has always been a strong regional supplier, but through its strategic acquisitions, it can now grab the attention of large national builders like Centex, Lennar and KB Homes, just two of the few major players that have a huge influence over widespread residential developments. Said Bates, being able to supply national developers requires size and speed, and an ability to innovate in multiple ways.

As for size, in 1999, Hanson Building Materials America acquired seven major brick companies: Boren Brick (North Carolina), Richtex Brick (South Carolina), Sipple Brick (Kentucky), Michigan Brick (Michigan), U.S. Brick (Texas), Canada Brick (Ontario) and Briqueterie St. Laurent (Québec). In March 2003, these seven companies united under one brand. “This strong foundation not only provides stability, but also acts as a springboard for further innovation – one of the core values of our company,” said Bates. “We are constantly developing new products, business structures and services, applying the knowledge that we have gained from experience to solidify the future of our customers and all Hanson partners.”

Because of its multiple locations, Hanson can move bricks quickly around the country to meet demand. “Maximizing curb appeal is big for national home builders when they develop a subdivision,” said Bates. “They want to know how quickly they
can sell the houses and Hanson is able to help speed up the sale.” Once bricks are delivered, the company has made some innovations to reduce brick waste, a common problem on job sites. Said Bates, Hanson Brick introduced a way of split-
ting brick cubes in half, from 660 to 330 bricks per cube. This innovation, inspired by European methods, reduces waste and vastly improves on-site safety for workers.

Hanson Brick has also invested $3 million in a new IT platform for a state-of-the-art customer service call center. “Producing a brick and getting it to the job site presents numerous logistical challenges,” said Bates. “When a customer that ordered bricks three months ago suddenly wants his bricks tomorrow, we want to be able to deliver, and that can’t be done without a high-tech call center.”

Environmentally sound, said Bates, Hanson Brick makes 1.6 billion bricks per year in North America, enough bricks to make 160,000 all-brick homes or – laid end to end – to circle the globe more than eight times. Yet such mass manufacturing does not come at the expense of the environment. “Hanson Brick depends on the health of the planet to maintain the profitability of our operations,” said Bates. “Through careful planning and great care, we have minimized the effects of our business on the environment and improved our surrounding communities. Hanson Brick adheres to statutory environmental regulations in each region and is constantly implementing new technologies that help eliminate pollutants. We are committed to environmental stability in every market in which we operate, and are carrying Hanson Brick into the 21st century by ensuring the restoration of the properties in which we operate.”

Bricks have been used in construction for seven- and a-half-thousand years, but the technology used to manufacture the products and the quality has changed dramatically in the last 100 years. Hanson has built a state-of-the-art facility in Aldershot just outside Toronto in 2002. Employing robots across the manufacturing process it is capable of producing more than 150 million bricks a year. So if there is one company that’s changing brick manufacturing for the better while maintaining
the industry’s traditional strengths, its Hanson Brick.