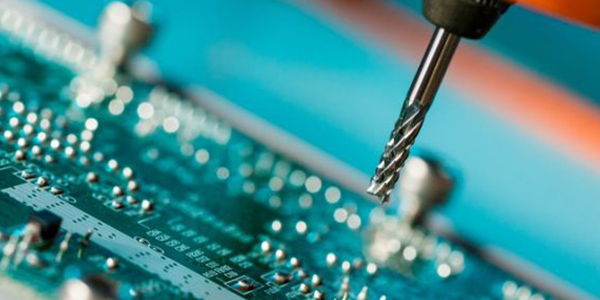 Driven primarily by increased transmission and storage of voice, video and data over communications networks and the Internet, the semiconductor industry is experiencing rapid technological changes. With the incredible demand for devices to send, receive and display information, as well as new wireless and wire line networks to transmit information, there is a growing need for power-efficient, high-performance electronic systems that operate at very high frequencies and can be produced cost efficiently in high volumes. High bandwidth and wireless systems require performance that silicon-based semiconductor devices cannot deliver. To address these demands, semiconductor device manufacturers are increasingly using compound emiconductor substrates, such as gallium arsenide (GaAs) and indium phosphide (InP) to improve the performance of semiconductor devices and to enable new applications. Enter AXT.

In 1990, just four years after its start, AXT made its first commercial substrate sale. Today, it is the world’s No. 1 producer of Gallium Arsenide (GaAs) and Indium Phosphide (InP) substrates for applications in telecommunications and lasers. AXT has overtaken the likes of Sumitomo Electric (at one time the world’s No. 1 substrate company) and Hitachi Cable, two giants in the substrate field.Gallium arsenide (GaAs) is at the center of AXT’s semiconductor substrate product development. The electrons in GaAs move very fast within the compound. As a result, high processing speeds are achievable. The material is also a great conductor of electricity and has the capability to deliver power without much energy loss. Because they consume less energy than silicon devices, Gallium Arsenide chips allow for smaller cell phones, for example. Gallium arsenide also can generate laser light and is being used to create devices for a full range of communications applications as well as medical applications, such as laser eye surgery.

Indium Phosphide, InP, is another substrate compound in production at AXT. Indium Phosphide is a cousin of Gallium Arsenide and has similar properties. Both of these compound semiconductors can process electronic signals and conduct electrical energy with more efficiency than silicon. Indium phosphide delivers still higher performance and greater energy savings than Gallium Arsenide. Further, optical devices produced with Indium Phosphide substrates inherently operate at optical wavelengths that are ideally suited for highly efficient transmissions on fiber optic lines.

“Our strategy is to strengthen our position as a leading developer and supplier of high-performance compound semiconductor substrates,” says Morris Young, chief executive officer for AXT. “We also want to develop a leading position in the market for opto-electronic semi-conductor devices by expanding our GaAs substrate manufacturing capacity and decreasing our manufacturing cost structure.” Other goals, says Young, include strengthening the company’s position in the InP substrate market, advancing its VGF technology leadership, enhancing its opto-electronic semiconductor devices and leveraging existing
customer relationships. According to Young, the worldwide Gallium Arsenide market is potentially worth about $350 million annually, while the Indium Phosphide market is potentially worth $60 million per year. AXT currently holds a strong one-third of each of these markets.

Bright Beginnings
AXT was founded in 1986, started with seed money and grew from the profits Young reinvested in the company. Trying to secure venture capital funding in the U.S. proved futile. “No one wanted to give us a chance,” remembers Young. Then, in 1989 AXT received $2 million from a Taiwan-based venture capital firm. Between 1990 and 1998, the company experienced a stellar annual growth rate of 50 percent. The company’s initial public offering came in 1998 and it is now listed on the NASDAQ (AXTI).

The company has two manufacturing locations in California, one in Fremont, a community of 200,000 on the Eastern Shore of San Francisco Bay and another in Los Angeles. The company also has facilities near Beijing, China and will be moving the majority of its labor-intensive manufacturing to that 150,000-square-foot space soon. Eventually, their current headquarters in Fremont will house only research and development, sales, corporate planning, accounting and investor relations.Young, a Chinese American, sees his move to China as being ultimately beneficial for the company and its customers. “With the Chinese operations, AXT will be able to provide customers with better material at a lower cost. China will be a new frontier for us.”

AXT has approximately 1,300 employees — about 600 are located in China with the rest in the U.S.According to Young, the company was able to weather recent difficulties in the global economy by having a diversified customer base. The company has about 300 customers including essentially every manufacturer of radio frequency semiconductor devices and no one customer accounts for more than 10 percent of AXT’s business. As far as its customer base is concerned, AXT supplies all the device makers who produce high performance components for cell phones and other wireless communications systems, high performance communications systems, and high bandwidth consumer devices such as DVD players and satellite receivers. Its customers include Sumitomo Chemical, Alpha Industries and Vitesse. The company also makes substrates for telecom companies such as Lucent, Nortel and Motorola. And, AXT supplies companies that make lasers, such as Sony and Matsushita and materials for lasers in the telecom field for JP Uniphase.

LED There be Light
In 1999, AXT diversified into a new business when it acquired a manufacturer of red laser diode products and, over the following year, transformed it into a manufacturer of high brightness blue, green and cyan light emitting diodes (LEDs) and telecommunications lasers. LED technology already is replacing traditional lighting in many applications. LED technology is increasingly used for traffic lights and outdoor luminescent signage, and is expected to one day be the source of choice for general home lighting.

AXT believes that as LED technology continues to improve, more potential applications will be recognized and pursued. “The LED industry today is like the silicon industry was in its early days — a fascinating novelty but not broadly applicable. Now we can’t imagine a world without silicon. We believe the current LED market is only a hint of what is possible in the future. AXT hopes to be a significant LED manufacturer and technology leader when that day comes,” says Young.

The future looks more than bright for AXT. “We believe we offer customers the best VGF substrates in the market,” boasts Young. “We are committed to continuously improving and re-engineering our product process as well as services to deliver the best products with the highest values, and providing our customers with a competitive advantage in today’s global marketplace. We have the resources, the technologies, the entrepreneurial drive, as well as the management experience. We fully trust that we are able to use these advantages in the new generation economy to benefit our company, our investors, and our customers.”