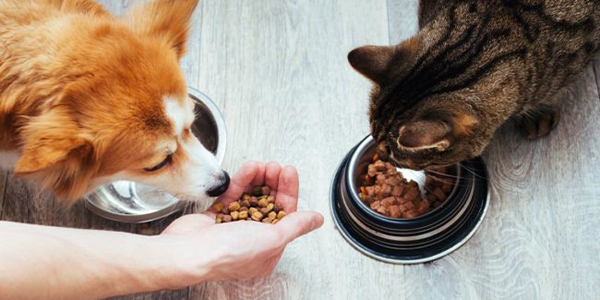 From1999 through 2004, sales of mainstream Mexican and authentic Hispanic convenience foods, such as entrees and hand-held items, have grown 103 percent, according to “The U.S. Market for Hispanic Foods and Beverages,” a new market research report from publisher Packaged Facts. Sales grew from just under $250 million in 1999 to $505 million in 2004.

Ongoing demands for convenience and portability among busy American consumers and shifting tastes toward bolder flavors are fueling growth. And, as U.S. Hispanics become more acculturated, they, too, are looking for ways to ease the daily burden of meal preparation. Dinner kits, single-serve beverages, and frozen foods are just some of the convenience products that are meeting demand in this segment of the $4.3 billion Hispanic food and beverage market.

“Hispanic on the run – from pseudo Mexican creations such as breakfast burritos to more authentic items such as Salvadoran papusas – appeals to our changing national tastebuds, populace and demand for convenience,” said Don Montuori, Acquisitions Editor for Packaged Facts. “If you consider the fact that nearly 90 percent of ‘tweens’ told researchers that quesadillas are an ‘everyday food,’ it’s no wonder that Hispanic cuisine is poised to eclipse Chinese as the favorite foreign food for Americans.”

Mainstream Mexican: For most Americans, Mexican food means nachos, salsa, and tacos. Such products have become mainstays in the U.S. packaged foods industry.

In fact, nachos are just as common as hot dogs and popcorn at a baseball game, which is truly an all-American past time. These products are the backbone of the U.S. market for Hispanic foods and beverages. Mainstream Mexican also includes products such as burritos, margarita mix, refried beans, and even tortilla chips. Yes, tortilla chips. This popular salty snack is almost as American as the potato chip, which has its origins in upstate New York. Nevertheless, tortilla chips are categorized as Mainstream Mexican.

Authentic Hispanic: This segment encompasses foods and beverages imported into the United States from Hispanic countries. These foods may or may not be Hispanic, but they were made across the border. For example, this segment includes something as basic as canned corned beef, but when made in Brazil, it is classified as Hispanic.

The Authentic Hispanic segment also includes products made in the United States, but made using traditional recipes, as well as basic staples that are made by a Hispanic manufacturer and carry what is described as an authentic brand.

Nuevo Latino: This segment explores products with south-of-the-border flair, including traditional American foods made with Hispanic ingredients, as well as unique new creations that meld a variety of Hispanic flavors and food traditions.

Bakery items, along with foods and beverages categorized as “Nuevo Latino,” are projected to show the greatest percent increases in dollar sales as a result of improved distribution and more players entering the category. Other categories that will show double-digit increases in sales are: cooking sauces/ marinade/sauce mixes, dips, drink mixes, entrees/ hand-held items, and soda.

In addition, Americans are increasingly interested in foods with bolder, more adventurous flavors, including “heat” from peppers and certain spices. This is driving growth of products categorized as “Mainstream Mexican” and the emerging “Nuevo Latino” segment.

All Types of Marketers
The Hispanic food and beverage industry ranges from many small manufacturers and foodservice operators that market frozen, refrigerated, shelf-stable, and ready-to-eat products locally or regionally to a handful of large international corporations that distribute products throughout the country, even overseas. Most of the large international packaged goods companies have acquired, licensed, or created brand names that suggest Hispanic origins rather than using the often quite “American” name as a brand on such foods and beverages.

Something manufacturers of packaged foods should note is that one of the reasons why Hispanic foods are so popular now is because of fast-food chains like Taco Bell, which made tacos and burritos mainstream products. Because “food service leads, supermarkets follow,” according to food trends analyst Nancy Kruse, president of The Kruse Company (Atlanta, Ga.), packaged food and beverage manufacturers should consider frequenting foodservice establishments on a regular basis in order to come up with new product ideas.

New Product Trends
Given all these facts, the following is expected to drive the market in the next several years:

Convenience: As in the general food and beverage market, convenience is a driver of new product development. Portable/ handheld snacks and meals-on-the-go, along with single-serve beverages is where the activity is, with this being true in the Hispanic food and beverage market, too. Dinner kits, as well as frozen foods also provide a convenience feature that today’s busy consumer demands. And, as Hispanics become more acculturated, they, too, are looking for ways to ease the daily burden of meal preparation and feeding their large families.

Frozen Foods continue to boom: With the expanding Hispanic population introducing their foods and beverages into new territories, there is an increased demand for quality products, something that is possible through the freezer. Marketers are moving beyond traditional frozen burritos and tacos and introducing innovative appetizers, entrees, and snacks.

The Rise of Regional Hispanic Cuisine: Hispanic cuisine is comprised of several strong regional cuisines, which are starting to be more pronounced in new product development efforts. As regional flavor differentiation increases, so does recipe authenticity. Because of such huge growth in the market in such a short period of time, it seems as though Hispanic foods have already established their place in the American supermarket, right next to hot dogs, popcorn and apple pie.

Packaged Facts, a division of MarketResearch.com, publishes research reports on a wide range of consumer industries, including consumer goods and retailing, foods and beverages, and demographics. For more information on this report visit www.packagedfacts.com