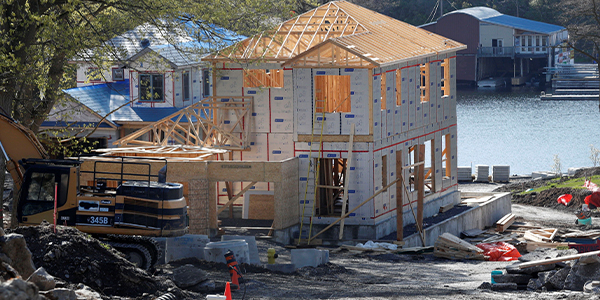 In Mexico, being a homeowner often seems like an impossible, faraway dream. In 2001, the Mexican Housing Development Commission estimated there was a shortage of about 4.3 million homes in Mexico – a number only expected to increase due to Mexico’s population growth, which currently stands at 97.5 million or 22.3 million households.
As a result of the 1995 economic crisis in the region, Mexico’s housing industry is characterized by an acute shortage of housing resulting from a high population growth rate, the demographic youth of the population, and the historic shortage of home mortgages.

To address the housing shortage, the Mexican government has undertaken intensive efforts to increase the availability of government-sponsored and private-sector mortgages by providing financing through a variety of programs with the objective to finance up to 750,000 new homes per year through 2006.

This has allowed structural changes within the sector, increased mortgage flow from government organizations, and allowed unparalleled growth within the affordable entry-level housing market.

Home Improvement
Enter Homex – a leading vertically integrated home development company focusing on affordable entry-level and middle-income housing in Mexico. Founded in 1989 in Culíacan, Mexico, Homex got its start in the commercial industry but soon entered the residential housing market in 1991. By 1995 its focus was the affordable entry-level home market and in 2003 it added middle-income homes to the mix. By 1997 it was growing rapidly and adding branches throughout Mexico. Today, Homex is one of the most geographically diversified companies in the sector with operations in 25 cities located in 17 states. Some of its largest entry-level developments are located in major cities like Guadalajara, Culíacan and Nuevo Laredo. Homex’s headquarters are still in Culíacan and it employs over 11,500 people ranging from professional to contractors.

During the fourth quarter of 2004, Homex sold 7,460 homes, an increase of 46 percent over the same period of 2003. Homes sold during the full year of 2004 totaled 21,053 exceeding the original target of 19,700. “Homex has experienced double digit growth on a year-to-year basis since 2001,” says Carlos Moctezuma, Investor Relations Officer for Homex. “This is expected to continue as a result of pent-up demand, the availability of abundant financing for mortgages and the company’s ability to capitalize on new opportunities, particularly in high-margin operations.”

Homex’s middle-income developments range in size from 400 to 2,000 homes and are developed in stages typically comprising 200 homes each. During 2003, its middle-income homes had an average price of about $54,000. A typical middle-income home consists of a kitchen, dining room, living room, two or three bedrooms and two bathrooms, and is approximately 1,800 square feet. It would take about 12 to 14weeks to complete upon mortgage approval.

Homex gets the job done quickly and cost-effectively by hiring all of its own construction workers and avoiding the hire of sub-contractors. It has a pool of some 10,000 workers nationwide and a unique information technology system to help it assign tasks, pay workers and keep track of inventory. “The technology systems allow us to use the traditional method of construction and avoid using subcontractors. We can build homes in less time, have less working capital and build homes at more affordable prices. The system also keeps track of our raw materials. We have an average of three days of raw materials on hand at any given time. We developed the system in 1993 and we’re continually updating it. It’s proven to be an excellent tool for us,” says Moctezuma.

In 2004 Homex launched a new middle-income development in Atizapan in the state of Mexico, and new affordable entry-level developments in Oaxaca City and Veracruz City. The Atizapan development will consist of middle-income apartments and constitute the first incursion of Homex in the apartment building market. “The apartment complex will be eight stories and it’s a sector we’ve wanted to explore for a long time,” says Gerardo de Nicolás Gutiérrez, Homex’s Chief Executive Officer. “The demand is there, in the Mexico City area, for this type of product and we’re excited to see how this new apartment complex develops and performs.” Homex is also continuing to expand in the middle-income housing segment by building developments in major cities such as Guadalajara, Tijuana and Monterrey.

“We made significant progress in 2004 in expanding our business. We attracted greater numbers of customers, growing the number of communities under development while reinforcing the technology backbone and management depth that supports all of our operations,” commented de Nicolas “As a result, operation performance exceeded expectations and was one of the strongest in the industry. Our scaleable business model and focus on disciplined growth allowed us to enjoy sizable operating leverage and improved profitability in each quarter this year.”

Also helping to further its position was the company’s recent acquisition of Controladora Casas Beta, S.A. de C.V. (Beta), the seventh largest homebuilder in Mexico, in a transaction valued at approximately Ps.2.10 billion (approximately US$188.9 million). The transaction involves a purchase of a portion of Beta stock by Homex and a merger of Beta into Homex. This makes Homex the largest Mexican homebuilder in terms of units sold, EBITDA and revenues.

This is an extraordinary opportunity for Homex,” said Nicolás. “Beta has established a major position in key markets. This combination will make Homex the largest homebuilder in Mexico with a leading position in the country’s top four markets.”

The consolidation of Beta and Homex is a significant step in the development of both companies. “Homex has made good progress in integrating the operations of Beta with Homex and expects to fully switch over to Homex’s IT backbone before year-end. The acquisition of Beta propels Homex into a leading position within the industry. Our goal is to efficiently consolidate Beta into our operations to maximize shareholder value, and we are confidence in achieving this goal,” commented Homex Chairman of the Board Eustaquio de Nicolas, Also, Homex has signed an agreement with HSBC México, S.A., Institución de Banca Múltiple, Grupo Financiero HSBC (HSBC México S.A.), to provide Homex’s clients with an innovative new mortgage option, combining two lines of credit, one for the down payment followed by one for the mortgage.

HSBC México S.A. and Homex consider this agreement to be the first of its kind. Homex clients will benefit from the new financing structure through which they will first obtain a collateralized loan from HSBC México S.A. for the down payment on their home. Once the first loan is paid, HSBC México S.A. will then grant a second loan for the mortgage. This agreement benefits those Homex clients, who have completed the HSBC México S.A. pre-approval process, by providing them with the opportunity to acquire a home faster by making the down payment through a special credit and not having to depend on personal savings. At the same time, HSBC México S.A. obtains an additional nationwide distribution channel for its mortgage products and access to a growing client portfolio through its association with Homex.

Record Numbers
The company continued to diversify the source of mortgage financing during 2004. By having a broad source of mortgages, Homex was able to secure funding for its clients quicker and at better terms. It will also be offering homeowners insurance to clients against structural problems to its homes.

Homex expects 2005 to be a strong year as macroeconomic stability in Mexico and further efforts by the government to reduce the large housing deficit create new opportunities in the industry. “We have a unique business model with a centralized operating structure that facilitates efficient expansion. Homex’s management team has a distinct vision and business plan and a track record of solid working capital management. In addition, the company also has very qualified and skilled regional managers that help optimize operating efficiency. Our business model, vision and culture make the company well positioned to grow at a rate above the sector average. Homex’s proven information technology systems management and business systems and cost control will help to manage the continued growth,” says de Nicolas.

Homex expects an increased participation in the middle-income segment in 2005 and its strategy to enter new markets and expand its operations in the existing ones are expected to contribute to total homes ales in the range of 27,000 to 28,000 homes in 2005. Revenues for the year are expected to reach approximately $635 million. By all measures, Homex is enthusiastic and confident about achieving its goals for the year. Home sales continued robust as the company took advantage of the growing availability of mortgages and its ability to easily switch between mortgage providers, achieving the best possible terms for its clients.