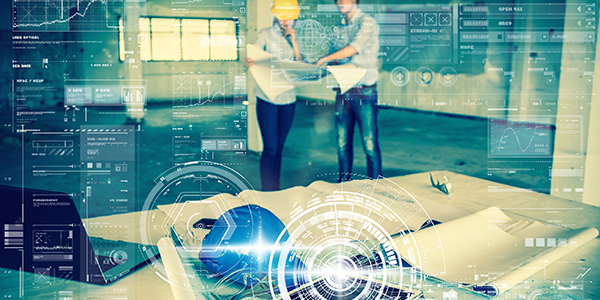 Back in 1983, before “microprocessor” was a household word, Novar Controls Corporation introduced distributed direct digital control (DDDC) of heating, ventilation and air-conditioning (HVAC) equipment. Since then, the company has established its world leadership by incorporating microprocessor intelligence into buildings through the most powerful, comprehensive and reliable systems in the industry.

Novar solutions are installed in retail, industrial, commercial and education buildings and campuses. The company’s “smart” energy infosystems are built on Logic One®, its software-based, advanced building controls platform. “Essentially, we’re embedding Novar intelligence in every device that’s in a building, mechanically and electrically,” says Dean Lindstrom, vice president and general manager. “We’ve put our intelligence into refrigeration systems; automatic doors; controls and monitors for air quality within the building; the lighting, both interior and exterior; the electrical switch gear — all the incoming electricity in a building and how it gets distributed out to all the pieces of equipment.”

With Novar’s energy infosystems, an owner can gather data to start packaging facilities together, and negotiate and leverage the economies of scale when choosing energy suppliers. Think of the big-box retailers with locations all over the country. “If I have 500 facilities, I may I want to treat those as one big site,” Lindstrom says. “Now the system has value not only for the demand side, but it also helps determine what the supply choices are.”

Global Platform
Novar Controls was incorporated in 1963 and is headquartered in Copley, Ohio. The company recently consolidated all its manufacturing operations for North America in Murfreesboro, Tenn., which now houses its automated testing procedures for prototyping and final production runs; and the manufacturing, assembly and shipping of the printed circuit boards and sensors that comprise the systems. Novar is owned by the British holding company Novar plc, which is publicly traded on the London exchange under the NOVAR symbol. Sister company Trend Controls, based in Horsham, England, serves the European markets. Novar also has customers in Asia and the Pacific Rim.

Novar designs and engineers its advanced infosystems and controls so that they can be custom-built to the specifications of its demanding OEM customers. Its products can be installed with new construction or retrofitted. One of the most important trends in the intelligent building systems (IBS) sector is to incorporate intelligence into air-handling units, roof-top units, lighting control units, refrigeration control units, electronic thermostat controls and other systems. “Instead of installing all the equipment in the field, the trend is to install more of the components, or the ‘smarts,’ at the factory of the equipment manufacturer,” says Lindstrom. Indeed, manufacturers of electrical switch gears and kitchen equipment will install some of the “smarts” at their facilities.

At All Hours
“Our philosophy is to design the basic building blocks and then apply the products uniquely for each customer,” Lindstrom says of the company motto, “With Novar, You Know.” “A building owner can go to sleep at night and know that the system’s working. It’s doing what it’s supposed to be doing. There are no surprises. That’s our robustness and reliability.”

The Logic One® platform supports that reliability with forward and backward compatibility. “That’s one of the important design specifications for us,” Lindstrom says. “We want to make sure that when a customer has made an investment in our system, they always have a way to maximize that investment even as technology changes. One of our criteria for any new products is that a customer be able to migrate from the past to the current and then to the future as cost-effectively as possible.”

Novar products are designed for interoperability, power, speed, simplicity, economy, low maintenance and ease of installation and use. Multisite customers can bring the facilities’ information back to a central headquarters via their intracompany networks so that the building intelligence operates as another node on their information systems.

Small Footprint, Big Performance
Among Novar’s products is the powerful Savvy™ energy infosystem, a smarter and faster digital communicator. Savvy™ is the highest-performance control processor now available for medium-sized facilities, single- or multisite. Smaller buildings enjoy similar performance from Novar’s Envoy system, and small is big, according to Lindstrom. “Our biggest trend is being able to apply the same technology and benefits that larger buildings have enjoyed for years, and offer that down to smaller and smaller footprints,” he says.

Another major product is the Lingo™ energy infosystem, an advanced digital controller designed to manage and monitor the Novar energy and information management system for large buildings and campuses. The Presto program is designed specifically for the QSR and restaurant industry. Hawki® Advanced is a DDDC system placed in a unitary controller, and is designed to manage and monitor air-handling units.

Another innovative offering is iScope™, an integrated imaging system that gives customers the big picture with high-definition monitoring tools to keep them visually in control through fast, flexible and real-time graphics. iScope™ is an enterprise-level software that allows customers to communicate with and obtain detailed looks at a building system of any size.

As powerful as its programs are in monitoring and controlling all aspects of the physical plant, it is the energy-saving potential that remains the greatest benefit to Novar’s customers, and to the company itself. “We are about as green a company as you can get. That’s our whole line of business,” Lindstrom says. “It’s a great business to be in. We’re helping the economy and also helping the environment.”