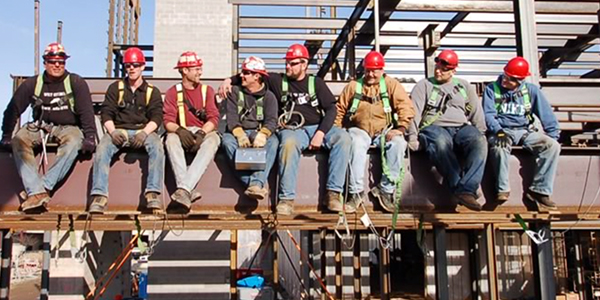 The pioneering spirit is alive and well in Michigan. Just look at the quality of the buildings.

In Michigan, as in the rest of the United States, when commercial building developers want an unsurpassed job of quality, they call on Pioneer Incorporated.

Earl Beckering started Pioneer in 1933, calling it Beckering Construction. Beckering originated the company on a basic tenet of providing the highest level of service combined with old-world craftsmanship. Originally from the Netherlands, Beckering had worked his way to the United States as a ship’s carpenter, eventually settling in Grand Rapids, Mich. From his early days as an entrepreneur, Beckering established a reputation for the strong work ethic, personal service and craftsmanship that continues today. In 1962, Earl Beckering Jr. changed the company’s name to Pioneer Construction, reflecting the innovative attitude and expanding services of the rapidly growing firm.

Now enjoying $100 million in annual sales, the company has firmly rooted itself as one of the premier building construction firms in the United States. The company is now the largest full-service general-contracting firm in West Michigan and one of the largest in the nation. “We’re primarily involved in commercial construction from bid to completion,” says Tim Schowalter, vice president of project administration. Pioneer currently employs a multitalented work force of more than 325 employees — many of whom have been with the company for more than 15 years, he adds.

According to Thomas Earl Beckering, the founder’s grandson and company president, Pioneer owes its growth to its employees. “Our people have done more for the reputation and growth of this company than anything else,” he says. “Because of that, along with the trust we’ve built with customers through the years, Pioneer has been a very successful company.”

Pioneer has established itself as a full-service general-contracting firm that excels in a broad range of services. Its five divisions include Tailored Building Systems, which specializes in post-frame construction and ensures that Pioneer’s scope of projects covers the full spectrum of sizes and types; MetalTech, which concentrates on metal roofing and building repairs; and other divisions focusing on steel, carpentry and concrete, respectively.

At the project’s outset, the company’s design/build program offers customers the advantage of flexibility, creativity and personal involvement. During the design/build process, Pioneer representatives, the architect and the future building owner all work together as a concept team — with each team member contributing individual ideas, knowledge and expertise to achieve the right final concept. Through this creative team approach, customers establish strong working relationships with Pioneer and achieve a high-quality, cost-effective building that’s been custom-designed around their needs, time constraints and budget considerations.

“We use subcontractors for 75 percent of the work,” Schowalter adds. “We also employ 300 people on staff who are very skilled in carpentry, concrete, demolition and steel and precast erection.” Pioneer Incorporated offers customers the advantages of construction management with a simple philosophy of “putting the right people in the right places at the right time.” To maintain high standards, Pioneer seeks out and retains top industry supervisors, and keeps customers up to date with ongoing, on-site access to project superintendents and key personnel. Through the company’s construction management services, customers are assured of outstanding quality, lower interim finance costs, on-time completion and peace of mind.

Pioneer Incorporated’s projects include some of West Michigan’s most prominent and impressive buildings, including the 400,000 square-foot Bridgewater Place as well as Grand Valley State University’s downtown campus.

Pioneer is currently involved in the historical restoration of the 400,000 square-foot Berkey and Gay Building, dating from the late 19th century and located in downtown Grand Rapids. “It’s a $31 million contract,” says Schowalter. “The building is being converted into new loft-style apartments, plus 70,000 square feet for GRMERC (the Grand Rapids Medical Education Research Consortium).” In addition, Pioneer recently was awarded a $10 million contract to construct the Grand Rapids Community College Tassell MTEC Center to be used as an training facility for the construction, manufacturing and automotive trades.

During the 1970s, the company established a relationship with Foremost Insurance Company and handled millions of square feet of construction in the Foremost Industrial Park, including the Marriott Hotel’s Crowne Plaza and the IBM Building. It also constructed one of the most elegant buildings in West Michigan: the Foremost Insurance World Head-quarters, a 300,000-square-foot building in Caledonia.

In addition to handling construction for its own jobs, the company also often acts as a subcontractor for some of its competitors, doing carpentry, steel and concrete work on a project-by-project basis. Although Pioneer has completed many large, high-profile construction jobs, project scopes often vary, says Beckering: “The way we look at it, it’s the small job that eventually becomes the big job, and we want to continue to handle all of them.”

The fact that some fourth-generation Beckerings now work at Pioneer makes Beckering very optimistic about the future. “I foresee strong growth for us,” Beckering says, “especially in the general-contracting area. I definitely think the future is bright.”