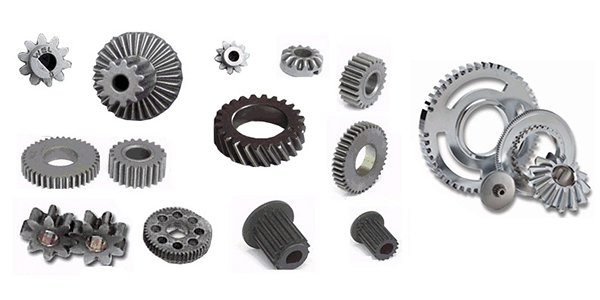 A synergistic approach continues to position Burgess-Norton for more growth.

A diversified, vertically integrated manufacturing business was once considered the “well-oiled machine.” That alone may not be enough in these days of global competition so Burgess-Norton Mfg. Co. based in Geneva, Ill. has created a new synergism with a strategic plan to expand into new markets while strengthening its solid industrial base. Expanding markets is one area of the plan. The traditional customers for products made by Burgess-Norton are the automotive, diesel engine, construction and agricultural equipment manufacturers. The company’s marketing diversification during the past three years has expanded its markets into counter-cyclical industries such as petroleum- exploration equipment for which Burgess-Norton now produces sucker-rod couplings. That new line “is a good success story because we have established relationships with producers of complete pumping systems to the makers of the sucker rods themselves,” says Todd Olson, Burgess-Norton’s marketing manager.

Another part of the plan is to expand value-added services for Burgess-Norton customers. Here, the key is the Burgess-Norton’s assembled products division. The product sold to one diesel engine manufacturer is typical. Ninety-five percent of the parts are from other divisions: machined shafts from the machined products division, cast-engine rocker arms from the casting division and supports from the powdered-metal division. The other five percent are outsourced components from vendors.

At the critical bottom of this particular production funnel is the Burgess-Norton DeKalb, Ill. facility specializing in producing assembled units. Just-In-Time (J-I-T) delivery is demanded by many customers, particularly those in the automotive industry. The benefits are lower invest-ment in inventory throughout the supply chain. Olson notes that some of Burgess-Norton’s clients “want to have only eight hours of parts on their floors, which is pretty amazing.” The DeKalb operation keeps a sharp watch on the components flowing to it from other Burgess-Norton divisions and the shipping requirements of the customers. This smooth operation allows Burgess-Norton to maintain as little finished goods inventory as possible, thereby benefiting equally from the J-I-T system.

The shorter production runs and frequent shipments have been both a challenge and opportunity for Burgess-Norton, says Olson. He notes that the auto industry tends to be a leading edge of industry and “what they do today, others will do in two to four years.” Burgess-Norton’s ability to meet the very tight shipping demands of customers maintains its excellent reputation as a key component supplier to the automotive market.

A Broad But Focused Operation

The Burgess-Norton organization, part of Amsted Industries, now has seven plants producing parts for customers or as part of the Burgess-Norton team. Powdered-metal production facilities are based in Geneva, Ill. and Beaver Dam, Wis. Castings are produced at the Muskegon, Mich. foundry. Machined products are made in Geneva, Ill., Clairmore, Okla. and Saltillo, Mexico. The assembled products division is in DeKalb, Ill.

The most recent expansion of the powdered-metal division came with the acquisition of Advanced Products in Beaver Dam, Wisc. It expands Burgess-Norton’s presence in powdered-metal components for the transportation industry and high-volume products such as lawn and garden tools. Olson says that the acquisition was made to better serve market requirements for a broader range of powder-metal products.
The casting operation at the Muskegon, Mich. foundry supplies large quantities of rocker arms for diesel-engine manufacturers and gray ductile iron castings used in agricultural equipment.

The machined products division’s plants are extensively equipped with both CNC and conventional machine tools. This division is a vital part of Burgess-Norton’s strategy to expand by providing assembled products and other value-added services to its customers.

The company benefits from its vertical integration, which allows tight process controls from powdered metal and casting production to machining and final assembly. Most secondary operations, such as heat treating, are also done in-house. Since only two products require plating, that operation is sent to vendors. Olson says the overall operation allows the company to maintain 100 percent quality at all levels.

Those manufacturing benefits come with a price tag: Steady significant investment in plant and equipment. The privately held company does not disclose those numbers, but Olson says, “The numbers are significant. We’ve invested heavily in all our facilities in the past three years.”

The opportunities for more growth will come by devoting resources to gaining better understanding of Burgess-Norton’s customers businesses, according to Olson. Working closely with customers will include providing engineering and manufacturing assistance to help customers design new products. Olson also expects that trend by major customers to outsource more component assembly work will provide other growth opportunities for Burgess-Norton.

With its commitment to expanding markets and strengthening its vertical integration, the Burgess-Norton “well-oiled machine” is poised for continued growth.