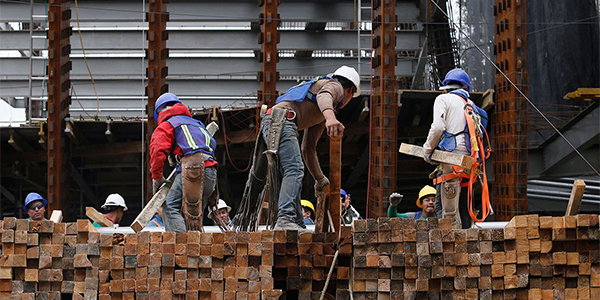 The construction industry is fundamental to the various other activities in Mexico, because it provides the necessary infrastructure for economic growth and social development in areas such as energy, communication and transport, housing, hospitals, and schools, among others. Also, it contributes 5 percent of the country’s wealth and 12 percent of employment. The construction industry serves as a catalyst for the national economy, because of its multiplier effect throughout all the businesses that provide materials and services to contractors.

The fact that construction propels economic growth is reflected in Mexico’s periods of expansion, which occurred from 1960 to 1981 with an average growth of 8.2 percent. On the opposite end, it is also the most effected industry when the country’s economic activity wains, since it decreases more than proportionally. The crises of 1982, 1983, 1986 and 1995, saw the industry fall -7.1, -19.2, -10.3, and -23.5 percent, respectively.

Areas for growth
However, the construction industry showed an estimated growth of 7 percent at the end of 2006, continuing with the positive performance initiated in 2002. Construction has been the industrial activity with the best performance and the main driving force of the economy during the last five years, a fact that has benefited the whole economy, generating employment and having a direct impact in 37 economic branches that provide construction materials and services.

Among the sectors that contributed to the positive performance of construction are:

Hydrocarbons: The public investment estimated for 2006 was $29 million, which allowed the construction of complementary infrastructure; the development of petroleum fields; actions of maintenance, safety and environmental protection; and the reconfiguration of the refinery of Minatitlan in the state of Veracruz, in the Gulf of Mexico. On the other hand, the financed investment in the same year was $11.5 billion, which was destined principally to the projects of exploration and production.

Electricity: In this sector, the investment for 2006 was $4.8 billion, out of which $2.8 billion are to public investment and $2 billion to financed investment.

Communication and Transport: In 2006, there was an estimated investment in this sector of $11.5 billion, of which 77.4 percent were from private resources and 22.6 percent, public resources.

Housing: In 2006, 750,000 credits were granted, which represented an investment of $16.7 billion. This confirmed the past federal administration as the one with the highest numbers in credits and investments for housing in our country’s history.

The positive performance of this sector is owed to the following factors: a) strengthening of the institutional frame; b) return of the banking to mortgage financing; c) new financial schemes; d) development of a secondary market of mortgages; and e) modernization of the public property records.

At the interior of the country, the region with major growth in Gross Domestic Product for 2004 (last available year) was the center-west, growing 15.2 percent, with the states of Guanajuato, Jalisco, Michoac n, San Luis Potos¡, Zacatecas, Aguascalientes, Nayarit and Colima. This was followed by the northwest, southeast, northeast
and center with 10.1, 6.3, 3.2 and 2.3 percent, respectively.

Perspectives
This year, it is estimated that the construction industry will grow 4.5 percent, whereas for the six-year period of Felipe Calderon Hinojosa, President of Mexico, the industry will have an annual average growth of 5.7 percent.

The increase of housing construction, with a goal in 2007 of $1.81 million credits and subsidies;

A major promotion in the development of infrastructure projects through public-private associations, like highway concessions and Public-Private Partnership (PPP) in highways, hospitals and centers of higher education.

Growth in private investment related to infrastructure for tourism, since this economic activity is one of the main priorities of the current administration.

The expectation for the future is that the construction industry will continue its positive performance, since Felipe Calderon has affirmed that this industry is what will facilitate economic growth and employment in our country.

Netzahualcoyotl Salvatierra Lopez is president of the Mexican Chamber of Construction Industry, the entity that oversees construction activities in Mexico. For information visit www.cmic.org