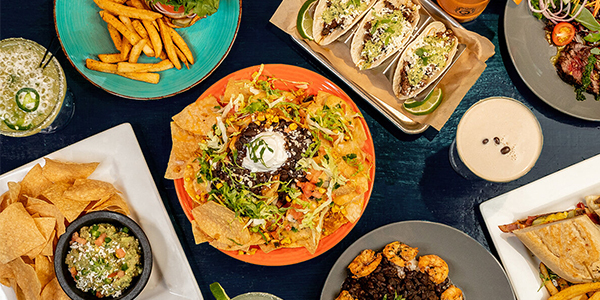 It’s the quintessential American snack food… the potato chip. Interestingly, it was an earlier case of negative American reaction to French fries that the potato chip came into being. In 1853, chef George Crum irritated at a customer who returned an order because the French-style thick cut potatoes were too chunky, sliced the spuds so thin that they cooked to a crisp. The customer was not at all peeved when the potato dish was returned to him, however, and was in fact quite delighted to the point at which a new food trend was born.
The invention of the mechanical potato peeler in the mid-1920s encouraged the mass production of the potato chip. In 1927 Leonard Japp Jr. started a snack business in Chicago, Ill. that came to feature local favorite house brand Mrs. Japp’s Potato Chips, which were actually made according to recipes formulated by Leonard’s wife, Eugenia. After surviving the stock market crash and taking on a new partner, then weathering Pearl Harbor, and the brand’s negative connotation of America’s Pacific foe, it was decided to rebrand under the name of Jays Foods, Inc.

Today, the Jays name is what current President and CEO Joe Shankland characterizes as an “iconic brand in Chicago.” According to Ted Pincus writing in The Chicago Sun-Times, Jays accounts for “a remarkable 23 percent share of the chip market in five Midwest states, even against the industry’s 800-pound gorilla, Frito Lay.” But even long-established brands require periodic reseasoning with new strategies to achieve improved business goals, which is precisely why the Chicago-based Ubiquitous Brands, which also owns Lincoln Snacks, recently acquired Jays from the Japp family.

“In the greater upper Midwest region, the Jays brand has incredible name-recognition,” explains Shankland. “Our research showed that consumers recognized the unique flavor of Jays’ entire snack line and that we put out a high quality product.” However, no company can rely on “the same-old, same-old” because without attention to periodic refreshing; every brand, particularly in the food industry, risks getting stale over time.

“Jays offers a full line of potato chips as well as other snacks, but we felt we could leverage the brand name with some new categories,” Shankland says. “We already offered a flat chip, a curly ridge, and a curly dipettte line of chips. We added a new series of kettle chips under the trademark of Jays Crunchers! Potato Chips, which has actually surpassed sales of our regular chips. We also added new flavors across all our product lines.”

New Lines
Shankland notes that these kettle-cooked chips have a distinctive flavor due to unusual seasoning coupled with a “hard bite” that consumers increasingly prefer. An example is Sweet Baby Jays, made from sweet potatoes, which in 2004 represented the brand’s first new product introduction in five years. “This was an opportunity to demonstrate to customers our commitment to offering them the same premium-quality products with bold new flavorings,” Shankland says. “And customers have overwhelmingly made it their potato chip of choice.”

Similarly, Jays introduced a new white cheddar cheese to its O-KE-DOKE popcorn. “In our Midwest region, Jays has over a 60 percent market share in the ready-to-eat popcorn category,” Shankland says, “which I attribute to our quality manufacturing process and the use of real cheese. It makes the real difference in why we dominate the premium end of popcorn.”

Jays also offers a line of specialty products that includes pretzels, shoestring potatoes, caramel and cotton candy. It also extends its name recognition to products it doesn’t itself make, such a line of tortillas it co-brands with another manufacturer.

Asked if the addition of new flavorings and categories might lead to some self-cannibalization of its other products where grocery shelf real estate is at a premium, Shankland responds, “The only way to grow in this industry is to innovate. Those that don’t’ continue to innovate never capture new market share. While there is a little bit of risk that you’ll adversely affect sales of older product, the net growth you achieve more than offsets it. And, when you come down to it, if you find that customers prefer new product to older varieties, then perhaps that’s an indication it’s time to phase out what they don’t want.”

New Look
From a sales/marketing perspective, the best way to build on the well-regarded Jays name was to reposition the packaging and introduce new graphics “It’s a way to reintroduce yourself,” Shankland says, “and to help us stand out on retail shelves that can get pretty crowded.

The repackaging was also key to highlighting products made with zero trans fat, which is a growing nutritional trend. “Next year labeling laws are going into effect that require identifying how much total trans fat is in the product. We took the opportunity to highlight as part of our core identity the fact that we already have a product totally free of trans fat, and have for some time,” Shankland says. “A product such as Unsalted Sweet Baby Jays has only five grams of carbohydrates, 90 calories and offers 90 percent of the daily recommended value of vitamin A per serving. Not many potato chip brands can say that.”

That said, however, Shankland is quick to point out that Jays is not making any health claims. “It is a snack food, after all. Our research shows that consumers feel less indulgent if they feel the snack is better in terms of nutrition and health than similar products. It is something of the modern fashion these days to assert that a particular kind of food is now somehow good for you when it’s primarily just enjoyable to eat. We make a good snack with good ingredients. And with the new labeling, people with dietary concerns who have to watch their fat intake know they can confidently enjoy a good snack from Jays without worry even when, true to our slogan, they ‘can’t stop eating them!’”

Best Practices
From a management perspective, according to Shankland the other way to build the brand – and the company – was “to make a substantial investment to improve the efficiencies and capabilities of manufacturing and distribution.” Jays operates a 116,000-square-foot manufacturing facility on the south side of Chicago and has 27 distribution sites to serve its primary markets of Illinois, Indiana, Wisconsin, Missouri, Minnesota and Iowa, though it extends throughout the Midwest region to cover 11 states total. Currently, Jays has 310 company-owned routes, and 200 routes owned by independent distributors.

Long-term, the thinking is to expand geographically, with the possibility of competing as a national brand. “We’ve conducted some marketing research and held focus groups in New Jersey and California,” says Shankland. One factor driving this expansion is that Ubiquity Brands overall is looking to expand national coverage of all its product lines to become more, well, ubiquitous.

Shankland notes that despite the many dietary fads and food trends, as well as the general state of the economy, the snacks business is a fairly stable business. Indeed, the so-called indulgent food market, the $23 billion salty snack field has been growing at a 5.1 percent annual rate since 1994, vastly outpacing the 3.3 percent average of the food industry, according Ubiquity Brands CEO Tom Healy as quoted in The Chicago Sun-Times.

That certainly presents a sizeable portion for a company like Jays Foods to munch on.