The development of the can has had enormous impact, as it has accompanied – and well served – the development of the modern world. This ubiquitous grocery-store item plays a vital role in modern life. Canned food represents nutrition, convenience, year-round availability and overall value.
The Canned Food Alliance (CFA) feels this message is worth noting, as we come up on the 200th anniversary of the can. You may not think of this as an important observance. After all, the can has become commonplace. However, if you truly look at the can – and understand how it helped shape Western civilization – you’ll no doubt join us in celebration.

The can has a most interesting history, so let’s go back to the beginning, when military necessity helped mother this all-important invention. In 1795, an unfulfilled need ultimately led to development of the can. Maximization of European military prowess and colonial expansion required that someone find a way to prevent food spoilage. Food was being transported great distances, which resulted in lengthy transit times and, at the end of the line, inedible items.

Seeking a solution, the French government prodded the populace’s creativity by offering a prize of 12,000 francs to anyone who could invent a method of preserving food. At the time, Napoleon Bonaparte, the famous French army general, found his troops being decimated more by scurvy and hunger than by enemy fire. The problem not only undermined the French army’s military might, but it also led to Napoleon’s famous quote that an army “travels on its stomach.”

After experimenting for 15 years, Parisian Nicholas Appert came up with an idea to prevent food spoilage for long periods. The French government’s challenge compelled Appert – a former candy maker, vintner, chef, brewer and pickle maker – to perfect his own techniques. As a result, he became the first to successfully preserve food by partially cooking it, sealing it in bottles with cork stoppers, and packing it air tight by immersing the bottles in boiling water (which expelled the destructive air). As a true test of Appert’s discovery, preserved food samples accompanied Napoleon’s army for a four-month tour of duty upon the sea. Items retained their freshness. As Appert wrote, “Not a single substance had undergone the least change at sea.”

Ultimately, Napoleon himself presented Appert with the 12,000-franc prize.

It wouldn’t be a stretch to consider food preservation as an early weapon of warfare: While the English were still suffering from scurvy and lack of nutrition, Appert’s innovation helped increase the French military’s power. So, if the English army wished to compete with France on a level playing field, it realized it needed a similar spoilage prevention method.

The same year that Appert came up with his invention, England’s King George III – who actually did more than lose the colonies – granted a patent to countryman Peter Durand, who came up with an idea to preserve food in “vessels of glass pottery, tin or other metals or fit materials.”

The ambitious Durand sought to surpass Appert by coming up with containers made out of tinplate, which could be made airtight but not breakable (unlike Appert’s glass model). Durand’s idea initiated the evolution of the can.

As cans began traveling through all terrains, can making manifested itself in appropriate centers. Englishman Thomas Kensett immigrated to the United States and set up a small canning plant in New York, an enterprise that earned him recognition as the “father of can manufacturing.” Initially, Kensett used glass jars to preserve food, but he found glass too expensive, breakable and difficult to package. To resolve these problems, he looked to tin – no doubt influenced by soldiers returning from military duty, who expressed affection for the “can.” By this time, cans were closely associated with the health and survival of combatants. Afterward, emotional affinity for cans spread beyond the military and into everyday life in America.

The continuing narrative of world history included the desire for geographic expansion and increased wealth, with the resulting and inevitable wars. Also, western civilization began shifting from its agrarian roots to increased urbanization and industrialization. In this enormous historic sweep, the humble can remained an influential element: Need for provisions and cans were in high demand. Starvation in the new nation was palpable – consider the horrific fate of the Donner party. This infamous episode became a driving force in can improvements.

Inspired by travelers’ need for easily transportable and nutritious foods that would occupy little space, Gail Borden invented canned condensed milk – a major milestone in the history of the can.

Borden’s canned milk, widely promoted at the time, proved to be cleaner, purer, fresher and overall more palatable than other brands available to the masses. Borden’s discovery became vital as urbanization continued, particularly in New York.

As the United States expanded westward and, at the same time, witnessed eastern seaboard population proliferation, people began to depend heavily on the can as a way to receive proper nutrition. Demand gave rise to a major industry. Canning, once a cottage industry, developed into one of the most prosperous business segments that contributed to the burgeoning American economy.

The canning market became highly competitive, as the industry fostered new ideas and came up with pioneering capabilities. As production increased, so did the number of purchasable canned items available (e.g., condensed soup and tuna fish, which were first canned in the early 20th century to sustain the canning business when produce was not in season). Soon, the introduction of conveyer belts and automatic machinery, along with the nation’s enlarging railroad network, kept the industry moving at an incredible pace.

Following the two major wars, and the post-World War II “baby boom,” consumerism took on a whole new meaning. Cans were fully integrated into the new American lifestyle. The number of canned products rapidly expanded, which helped symbolize the new prosperity. Cans became a common fixture and packaged just about everything – from house paint to pet food and even shaving cream. During the 1950s, cans became the housewife’s best friend. As appreciation grew, so did demand, production cost and efficiency.

So, the can has not only evolved but it remains relevant, thanks to its constant adaptation that remains beneficial even as the world changes. This will drive its future, which certainly looks bright. The increasingly denser population and urbanization throughout the world continues to create an even larger demand for ready-to-eat, nutritious food. The International Food Information Council reported that in developing countries, as much as 40 percent of available food products spoil before reaching hungry mouths. According to European surveys, about 30 percent of the purchased food is thrown away before consumption even takes place. Canning of fresh foods eliminates this waste and creates a more plentiful source of food, again affirming the longevity and adaptability of the can.

As in the past, The CFA will undoubtedly continue to be one of the driving forces behind articulating the importance of the can.

Rich Tavoletti is executive director of the Canned Food Alliance (CFA). For more information about the CFA, canned food research, history of the canning process or tips, tools and recipes that use canned foods, visit www.mealtime.org. 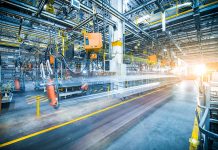 Why Now is the Time to Revitalize US Manufacturing 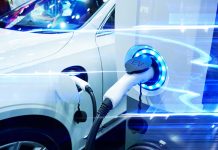 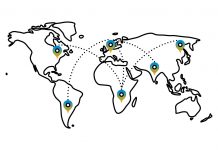