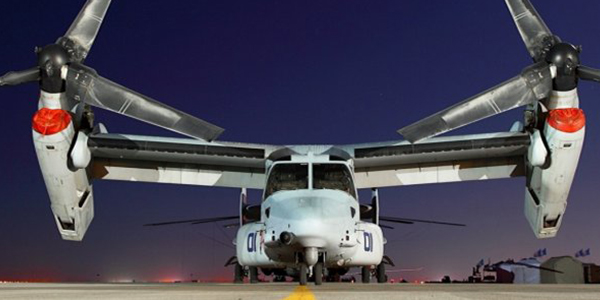 “The improvements have not stopped by any means. We are always preparing for what lies ahead. For example, we recently completed construction of a brand new, $12 million, state-of-the-art shell-molding facility that incorporates all of the necessary safety precautions, computerized process controls and efficiencies necessary to comply with the stringent requirements of both our customers and future governmental regulations.”

The speaker is John M. Cameron, senior vice president of Jahn Foundry Corporation of Springfield, Mass. Cameron adds, “Doing things ahead of time, preparing for the road ahead, is a philosophy that has worked well for this company in the past. It is obviously a solid philosophy for the future.”

When US Industry Today last visited with Jahn Foundry, about two years ago, the theme was that America’s economy is what it is today because of the toil and sweat of traditional industries. And those industries remain as a force to be reckoned with in terms of future economic growth, no matter how far technology evolves.

Tele-castings
Jahn, for example, provides castings for one of the most technologically advanced and fastest-growing businesses around: telecommunications. The company, which turns 60 this year, also has a stellar list of clients that is dotted with the names of such industrial powerhouses as Carrier Corporation, York International, Simpson Industries and Garden Way, to name a few.

Jahn Foundry was first established by Earl W. Jahn in 1941 as the Springfield Pattern Shop. Fueled by the war years, the company grew, and after a subsequent sale and a later reorganization, it emerged in 1955 with its present name.

“Recapping Jahn Foundry’s past accomplishments is very easy,” Cameron says. “Throughout the 1940s, Jahn installed the SPC controls — without computers — that provided at least 90 percent of the information derived from modern SPC systems. Throughout the ‘50s and ‘60s, this company invented and manufactured the first twin-arm shell-mold machine, known as the ‘Chicopee twin,’ and it’s the identical machine sold today by the Robert Sinto Company.”

Better Chemistry
In other words, Jahn Foundry has always been way ahead of the curve. And that’s not all, by any means.“Jahn installed perhaps the first computerized foundry cost/MRP systems in the country in the early ‘70s,” Cameron continues. “Throughout the ‘80s and ‘90s, continual improvements were made in terms of automating materials-handling equipment. We have made major capital improvements to our quality-control laboratory, and we have installed — according to Inductotherm [the Rancocas, N.J.-based induction furnace maker] — the first coreless induction holding furnace in the country, duplexed to our continually melting cupolas. The result is a 30,000-pound bath of homogeneous iron that is giving us flat-line metallurgical properties — consistency at its best.” That consistency is especially true in terms of iron chemistry. “Our molten iron is initially produced by the cupola process, and is then duplexed into our 15-ton holding furnace, which we installed three years ago,” Cameron explains.

From there, the molten iron is transferred from the holder to smaller ladles. At that point in the process, alloy inoculants are added to the base iron mix to produce the metal required to meet the specifications of the company’s various clients.Indeed, innovation has always been part of Jahn Foundry’s corporate culture. Aside from the products that the company makes for the air conditioning industry, the hydraulic-valve and pump industries, the machine tool industry and a variety of others, “our niche product is our expertise and ability to manufacture the cast-iron cylinder liners used in the automotive industry,” says Cameron.

“Jahn has proprietary processes, which allow us to excel in thin-wall, net near shape liners,” he continues. “At the same time, Jahn has developed and patented a shell-molded cylinder liner that allows OEMs to increase the cooling capacity of their engines, increase engine life and drastically reducing tooling costs, resulting in substantial costs and warranty savings.”

One of the automakers on board for the latter is General Motors’ Saturn division, which made the change to Jahn’s shell-molded liner in the mid-1990s. Since then, Saturn has experienced the advantages — the extremely low PPM rates, the drastic reduction of tooling costs and the substantial engine performance benefits — that the technology produces.

Part of the Whole
Jahn, which was acquired by Kansas-based Atchison Casting Corporation a little over four years ago, maintains two manufacturing plants. One is at the company’s home base of Springfield, Mass., while the other is in Chicopee, Mass. The two facilities add up to almost 200,000 square feet of foundry space. Atchison, incidentally, owns nearly 20 companies, including various types of foundries and modern machining operations.

In terms of geographical markets, “most of our customers are located in the U.S.,” Cameron says. “But we do ship product to Canada and to Germany, and we have also shipped telecommunications-related products to the Far East.”

Besides its historic role as the pioneer of the shell-mold process, and its long list of other innovations, the company continues to work to stay on the cutting edge of the foundry business. That includes tending to such crucial issues as clean air and water. Indeed, the company’s cupolas are completely capped to meet all national and local requirements pertaining to environmental quality. As Cameron points out, “Cupola melting has the benefit of keeping costs down and avoiding the costly shutdowns that other melting processes can cause.”

Jahn Foundry has also prided itself from its very beginnings, as the Springfield Pattern Shop, with its emphasis on customer service. As Cameron explains, “We are always looking for ways for improvement in that area.” What’s ahead for Jahn Foundry, in a few words, is “more of the same.” As Cameron concludes, “We look forward to, and are prepared for, the future.”