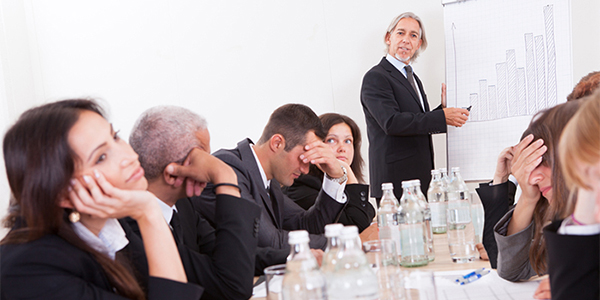 Many corporate clients have told us that too many of their employees are not sufficiently well motivated. Though such employees are often fired, their replacements frequently descend to the same level as those whom they replaced. “What’s happening?” they ask. “Are we always destined to have employees who are under-motivated, who are clock watchers, and complainers?”

To increase employee morale and corporate productivity, you must dramatically alter corporate culture. Corporate culture comprises the values, ethos, and behaviors of a company. It affects how business is conducted, one’s level of profitability, the time it takes to reach goals, and the responses of customers among various other important elements. To have a well-run company that hums along smoothly and productively and employs dedicated and hard-working employees, you must design a corporate culture that nourishes such behaviors through a strategically implemented action plan.

Here’s an example of a problem brought to us by one of our clients. The CEO had complained that a number of his employees were not highly motivated and were not reaching established benchmarks of productivity. In addition, they were a drag on their colleagues; by their complaints and overall negativity, they tended to sap the drive and ambition out of those with whom they worked. They never volunteered solutions, but always found fault with the way the company operated. Our client, of course, could and did fire such employees based upon their performance, but he was never really successful in replacing them with the kind of employees that would be ideal workers.

To determine what the CEO should do, we first conducted a survey of his workforce. Not surprisingly, it revealed a high level of discontent in about 32 percent of his workers. Many of them were perpetual fault finders, always looking for what was negative about the company and then complaining to their colleagues about what they discerned.

By contrast, within that same company, as in many other companies that we had also surveyed, were groups of individuals who were highly motivated, who enjoyed their work and took pride in their accomplishments.

Our client wanted us to help him clear out dead wood and put together a hiring and selection program that would result in his having highly motivated, positive minded employees who would significantly raise his level of productivity and so add to the company’s bottom line. In other words, he wanted us to help him change his corporate culture.

No more dead wood
Once the dead wood was cleared, we initiated a program for hiring productive workers. We hired employees based upon certain key attitudes as well as aptitudes and skills that conform to the sought-after work environment. In other words, prospective employees must have the type of positive attitude that will not only be reflected in their job performance, but will also be contagious to others within the workforce itself. Their aptitudes must also be appropriate for the jobs they will have to do. Aptitude and attitude must be complementary, for one without the other will only accomplish half the goal. And in many cases, if an employee has an appropriate aptitude for a specific job, but has a negative attitude, the company will not be well served. When the right combination of aptitude and attitude has been found, then one should also make sure that such a worker has the necessary skills to perform at a high level of efficiency and productivity. In addition to those qualities, we wanted employees who would feel as if they were part of a corporate family, who would take pride in being stakeholders in helping a company to reach its goals.

To further maintain a productive and satisfied workforce, we put in place a program of mentoring workers. Mentors coach workers to excel. They are thoughtful, helpful individuals who help workers to reach benchmarks of productivity. The coach-mentor is also there to make sure that there are no obstacles to a worker achieving success.

After our client implemented all of the above, levels of productivity dramatically increased and that went directly to the company’s bottom line. The corporate culture had been refashioned and the workers thought the company a great place to work.

Stephen J. Cabot, Chairman of the Cabot Institute for Labor Relations (www.cabotinstitute.com), is a nationally renowned labor relations expert and strategist. His e-mail is sjcabot@cabotinstitute.com