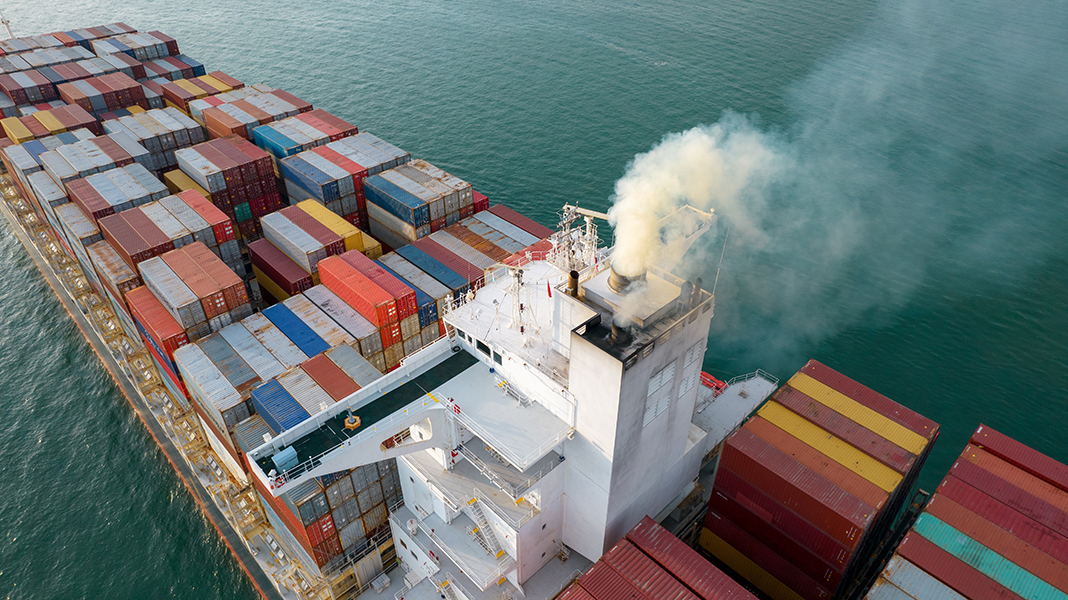 Road travel is transforming as electric cars gain favor and countries encourage the phase out of conventional gasoline engines. The shift is essential in the effort to wean ourselves from fossil fuels and slow climate change.

But for heavier modes of transport, like shipping, electrification isn’t going to save the day anytime soon. Using batteries instead of heavy fuel oil to propel gigantic cargo ships, which annually move more than 10 billion tons of goods, isn’t yet feasible.

So what will fuel the commercial fleet of the future? Scientists at U.S. Department of Energy (DOE) national laboratories are exploring a raft of biofuel options and the results are promising. A recent analysis found that compared to conventional fuel, biofuels could cut greenhouse gas emissions between 40 and 93 percent, depending on the feedstocks and conversion processes. Even better, the study—conducted by researchers from DOE and the Department of Transportation—found cleaner biofuels could also be cost-effective after considering credits such as those offered by California’s Low Carbon Fuel Standard.

A Sea Change Ahead?

The viscous, tar-like fuel most commercial fleets run on today is relatively cheap and energy dense, but a replacement is needed for the maritime sector to play a role in curbing planet-warming pollution and other air pollutants. Shipping currently contributes 11 percent of all transportation carbon dioxide emissions, according to the International Energy Agency. That share, along with the sector’s annual emissions, is growing. The International Marine Organization (IMO) has set a target to cut emissions by at least half by 2050.

“The shipping industry knows that to reduce greenhouse gases, things need to change,” said Troy Hawkins, a scientist at DOE’s Argonne National Laboratory and a lead author of the recent biofuels analysis together with DOE National Renewable Energy Laboratory’s (NREL) Eric Tan. “But there are a lot of questions about what the best energy carrier will be in the long term.”

To conduct their research, Hawkins and team relied on Argonne’s Greenhouse gases, Regulated Emissions, and Energy use in Technologies model (GREET®). The analytical tool helps determine the energy and environmental impacts of different fuels—not just the impacts of burning them, but also of producing/procuring and transporting them, and converting the feedstocks and transporting fuel to users. Long used to evaluate the impact of transportation technologies, GREET’s marine transportation module has been significantly expanded recently to include new alternative fuel pathways for seagoing vessels.

Beyond lowering carbon emissions, biobased feedstocks could also reduce the release of harmful sulfur oxides by 97 percent or more, the researchers found. Particulate matter emissions fell between 84 and 90 percent. The study’s datasets are publicly available and could also support the evaluation of fuels to meet California’s Low Carbon Fuel Standard, which takes a similar life-cycle view to encourage options with the lowest carbon intensity.

Another recently published study by Hawkins and colleagues at Argonne and NREL affirmed the potential for biofuels to keep ships moving with fewer emissions. However, it also highlighted the complexity of the decisions involved for investors and the industry.

Potential feedstocks for shipping biofuels include wastes from wood products and agriculture operations; used cooking oil; wastewater sludge; manure; soybean and corn crops; or energy crops like switchgrass or miscanthus. Each biofuel type comes with its own set of considerations, including cost, energy density, where and how it can be stored, and whether additional infrastructure or engine retrofits are needed.

With many fuel options on the horizon, Hawkins said, “Our goal is to support decision-making about which ones offer the best potential for mitigating greenhouse gas emissions and are the most cost-effective to pursue.”

Argonne and three other DOE research labs—NREL, Pacific Northwest National Laboratory, and Oak Ridge National Laboratory—are engaged in an ongoing effort to study options for lowering the marine sector’s carbon footprint. And recently, DOE announced a partnership among the governments of the United States, Denmark and Norway to develop technologies for zero-emission shipping as part of Mission Innovation, a global initiative to accelerate affordable, accessible clean energy solutions.

Many of the biofuels Hawkins and colleagues analyzed are drop-in fuels that can be used on their own or mixed with conventional heavy fuel oil. Biofuel blends could be used in existing ships to help lower carbon intensity in the short term.

“For a biofuel producer, there’s potentially a big opportunity for producing minimally upgraded, low-cost biofuel for the marine market,” Hawkins said. But low-level blends won’t get us to where we ultimately need to go with decarbonization—we would need full replacement with low-carbon biofuels, he added.

“It may also turn out that new ships using different fuels, such as ammonia, hydrogen, or methanol, are needed to achieve decarbonization goals—and those may have a higher cost. There’s a lot of uncertainty about which technologies are most promising in that case,” he explained. “Argonne’s analysis is contributing to the understanding of which solutions can deliver low carbon emissions together with the performance that’s needed.”

About the Author:
Christina Nunez is a writer and editor based near Washington, D.C.