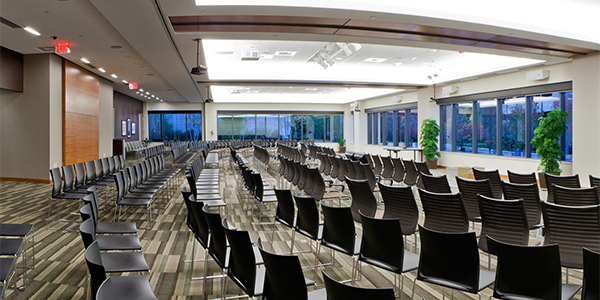 As a driver of mainstream culture TV has outdone all other media, with the ability to captivate, grab attention and get people talking. But having dominated American households for the last half century, television – more specifically its advertisers – are now seeking new outlets for their brand message and one of these just happens to be the super center down the street. Helping to shape this still-emerging transition is Premier Retail Networks (PRN), a wholly owned subsidiary of Thomson SA. The company has conducted extensive research, recently for the Wal-Mart Television Network, a network of televisions strategically placed throughout Wal-Mart stores that air a customized mix of informative content and advertising. The study (conducted by TNS) measured the ability of Wal-Mart TV to drive positive brand equity, motivation and purchase for advertised brands.
The results from TNS’ 2005 study, conducted with over 5,500 Wal-Mart shoppers, highlight that customers who have viewed advertising for specific brands on Wal-Mart TV are significantly more likely to:
• Agree with positive statements about those brands (61 percent agreement) vs. customers who did not see those same advertisements (40 percent agreement);
• Purchase the advertised product “today” (15 percent vs. 4 percent);
• Plan on purchasing the product “in the future” (85 percent vs. 62 percent).

TNS intercepted 5,630 customers at the exits of 20 geographically dispersed stores installed with Wal-Mart TV Network Next Generation configurations. Research took place over three waves between March 28 and May 15, 2005. The study also demonstrated that advertising on Wal-Mart TV drives significantly higher motivation levels than advertising for similar brands on in-home TV.

“The purpose of this research was to quantify the impact of Wal-Mart TV,” explained Mark Mitchell, PRN Executive Vice President of Advertising Sales. “These results combined with the latest Nielsen study viewership numbers show that advertising on in-store television is not only a great way to reach a massive audience of viewers, it is also a highly effective way to drive positive brand equity, motivation and purchase. The TNS study results clearly highlight that consumers viewing an advertisement on WMTV are significantly more likely to make a brand purchase decision for that product today and in the future. ”

Mitchell continued, “While we have conducted viewership studies annually for the past few years, we are very excited to release the results of the first network wide study to measure Wal-Mart TV’s influence on the viewer’s awareness of ad messages, their motivation towards the brand, and purchase intent. The effectiveness of our Network for advertisers is evident and consistent with previous smaller, internal studies of these metrics that we have conducted in the past.”

The content on Checkout TV is complementary but distinct from content aired on Wal-Mart TV in other areas of the store. Programming at checkout is designed to entertain shoppers as well as inform them about new products and products that are available near the checkout stand. A ticker provides news and weather updates.

It is a concept that is being employed in a wide number of stores. Following Wal-Mart’s 10 years of experience in running in-store TV other retailers have jumped on the bandwagon, notably Costco and Albertson’s.

In the case of Wal-Mart, the retail giant has placed 100,000 screens in more than 2,650 stores, reaching approximately 336 million shoppers every month. PRN manages Wal-Mart’s network and provides news updates, concert excerpts, and repurposed broadcast content from cable programmers like Telemundo, The Outdoor Channel, and CNET Networks. Programming includes 12 minutes of advertising every hour: five minutes of Wal-Mart house ads, with the remaining spots sold by PRN to advertisers such as Kraft Foods or Gillette.

In Costco, its 325-plus stores broadcast high-definition programming covering sports and entertainment, to 65 million shoppers per month. PRN manages the retailer’s in-store network, which is supported entirely by national advertising and marketing dollars rather than co-op or trade funds. For Albertsons’ PRN manages 15-inch screens at Checkout.

It works
According to a report by Nikki Baird of Forrester Research, “Retailers and vendors alike have been working hard to validate the effectiveness of in-store TV, implementing pilots, holding focus groups, analyzing POS data, and even working with ratings companies like Nielsen Media Research to measure results like ad recall and sales lift. Result: proven benefits.”

Among the benefits Forrester Research cited was the broad reach of in-store TV. “With 138 million shoppers per week trooping through Wal-Mart stores, Wal-Mart TV has the fifth-largest reach of any network, trailing only the big broadcasters ABC, CBS, NBC, and Fox. Grocery retailers in general, normally conservative on technology investments, have been early adopters because of their reach.”

The report also stresses that through in-store TV, content can be targeted toward a specific store department. “Programming can also vary by day part or geography, allowing advertisers to target the high-traffic times and store locations that match their demographic. Amazingly, in-store TV has better targeting than traditional cable and broadcast TV, which have been slow to adopt new targeting strategies.

Above all, stresses the report, it works. Consumers watched the network an average of five minutes while in stores in 2002 and increased viewing to seven minutes in 2004. Brand recall among Wal-Mart TV viewers was 65 percent – a significant improvement over the 23 percent average recall among in-home viewers.

In addition an in-store network reaches consumers who: 1) can’t turn it off, change the channel, or fast forward; and 2) are already primed to buy, giving advertisers the opportunity to deliver brand messages just in time for the consumer to make a decision.
The report points out that shoppers “aren’t going to wait around for a 30-second spot.” Making the most of the medium will mean rethinking things such as ad content. This is where PRN has established itself as a leader by tailoring the type and duration of content or advertising by the retail environment including the type of retailer, where the store is located in the U.S., the location within the store, and other relevant issues that would impact the preferences of the consumer. “Ordinary TV ads are about branding that catches the eye of uninterested consumers. This is the wrong approach for in-store TV, where ad relevance ought to be higher. Ads will need to get both longer and shorter, depending on their location in the store. Ten second spots work in high-traffic areas where shopper attention is limited. But for areas where shoppers linger – the deli counter, dressing rooms, or checkout – advertisers should deliver in-depth messages like product demonstrations,” the report states.

Most importantly the report finds that manufacturers should aim to inform, not scream: “Make spots that are useful, rather than irritating or intrusive; the medium is already in the consumer’s face. Think outside the 30-second box. You will need to re-learn what makes for effective content. What would you like to tell consumers when they’re at the shelf and poised to learn – or buy? Before the medium becomes ubiquitous, you should work to ensure that measurement delivers the information you need to make effective in-store advertising investments.”

Founded in 1992, the PRN Corporation operates the PRN Network, the largest in-store television network in the United States based on the number of consumers reached each month. visit http://www.prn.com.

Forrester is an independent technology research company that provides pragmatic and forward-thinking advice about technology’s impact on business. Visit: www.forrest.com.
TNS is a market information group, the world’s largest custom research company and a leading provider of social and political polling. Visit: www.tns-global.com