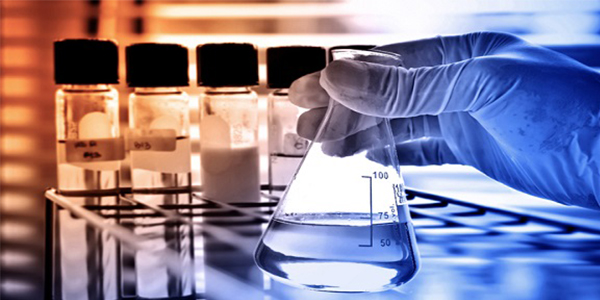 It is not a burgeoning field but, environmentally speaking, a vital one. It is the manufacture of potassium permanganate, a chemical withapplications as diverse as water treatment and the synthesis of pharmaceuticals.

But it is the groundwater aspect for which officials are thankful. Here, the large amount of sites across the country, and indeed the world, polluted with hazardous solvents such as TCE and PCE are causing myriad headaches to property owners as they attempt to clean up their sites before these nasty solvents seep into water tables and pollute drinking water supplies.

Fortunately, there is Carus Chemical Company of LaSalle, Ill., manufacturers of potassium permanganate, a substance that can effectively destroy these solvents.

And that’s just a small portion of Carus’s business. Producing permanganate since 1915, the company has stretched its physical and mental boundaries over the last 85 plus years to become a leading producer of the chemical widely regarded as a technology which solves a host of air, soil, and water pollution problems.

“This is a versatile chemical,” explains Inga Carus, whose grandfather began the business. “It doesn’t have a huge worldwide market but has diverse applications along with key strategic uses in drinking water treatment and groundwater remediation.” And it is these applications that Carus will focus its expertise on as it continues its steady stream of strategic moves to become a globally known supplier of permanganate.

A horse barn becomesa manufacturing facility
Generally, those who began a business around the turn of the century began with simple means and Carus was no exception. Edward H. Carus was working on his Ph.D. when a professor encouraged him to enter the business of permanganate manufacture. It was 1915, the outset of World War I and the chemical, relates Bob Glaze, vice president of sales and marketing, “was necessary in wartime. It was used in explosives and in the fabrication of polymers.” Carus started a crude batch manufacturing process in a horse barn behind his residence. That barn has since been replaced by a 193,000-square-foot manufacturing operation, still located on the same site on which Carus both lived and began his business. Carus did well for a while but his chemical manufacturing operation suffered in the following decades as cheap imports flooded the market.

In the late 1950s Carus’s sons, Blouke and Paul, (now chairman and vice-chairman of the board, respectively) redefined the operation by patenting a novel permanganate manufacturing process and building a new plant. The key, explains Paul Carus III, Vice President of Manufacturing and son of Paul Carus II who helped invent the new process, was the electrolytic cell, which enabled the manganese to be oxidized electrolytically, transforming it into the permanganate ion. In the 1950s and 1960s, this new chemical was being used in the purification of drinking water, the reduction of iron and manganese in water and for taste and odor control, which continue to be significant market segments for the company.

Recently, Carus has found new markets in cleaning up groundwater by oxidizing hazardous solvents, and in improving drinking water quality by preventing the formation of disinfection-by-products in drinking water. Then there’s a host of other beneficial used of permanganate such as the effective action to eradicate the zebra mussel.

By land, by air and by water
In the areas of drinking water and wastewater, Carus offers a product called CAIROX® potassium permanganate, a highly versatile chemical that easily oxidizes organic contaminants that cause odors and off-tastes. It also aids in the removal of undesirable inorganic contaminants in raw water.

CAIROX also is a powerful and environmentally friendly oxidant that has been called the most versatile of its chemical class. Municipal and industrial wastewater treatment facilities use it to control odor and destroy toxic pollutants. Also effective in industrial applications, CAIROX and other permanganate-related products offer refineries an environmentally safe and cost-effective alternative to the use of peroxides or other potentially dangerous chemicals for pyrophoric iron sulfide destruction. Other industrial applications include chemical synthesis and purification, general organic oxidation, the production of manganese chemicals, wire descaling, metal cleaning, and electronic printed circuit board desmearing.

To help us all breathe easier Carus produces CARULITE® catalysts, a series of environmental catalysts that eliminates carbon monoxide, ozone and VOCs.

Growth through acquisition,and new technology
In line with these products as well as industry trends, Carus has set its sights on taking its operation to the next level. “We had set a target to double in size in five years,” explains Dr. Asphahani, President and CEO, “by doing three things: by growing the core business, developing new technology-based businesses, and acquiring companies that enhance our position through synergy and leveraging our market positions.” In line with the latter, Carus, in the mid-1990s, acquired a phosphate product line used for corrosion control in drinking water treatment. At the turn of 2000, the company bought a permanganate manufacturing facility in Trubia, Spain, to help establish a European presence.

Internally, Carus has developed a line of catalysts for air purification that can destroy ozone and help eliminate hazards such as VOCs andcarbon monoxide.

For the future, Carus is poised to further its expansion into the specialty chemical market by introducing a stronger, more soluble form of permanganate. Also, production is targeted to increase capacity of a “more easy to apply” chemical, in line with customer demand.

What will remain the same is Carus’s commitment to quality and its expertise in producing and delivering a substance that has become critical on so many environmental fronts. With decades of experience that qualifies the company as the source for identifying and devising new technologies, the Carus Chemical Company will no doubt be a player in the remediation of many pollution problems.

“We have more permanganate application knowledge in water, groundwater, and wastewater treatment than anyone and knowing how to apply this chemical successfully in a cost effective way requires this knowledge,” Ken Pisarczyk, vice president commercial development, says. “We do it better than anyone else.”