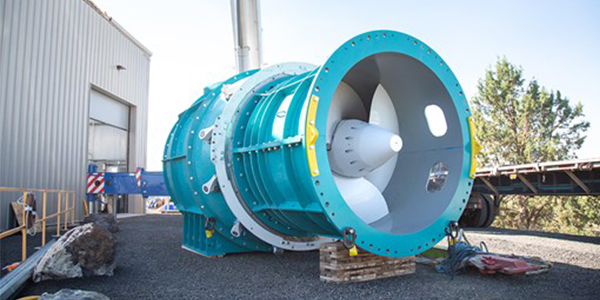 It’s hard to imagine that a small, minority-owned microelectronics firm in Southern California, could help Raytheon, the defense electronics giant that does billions of dollars of major contract work for the U.S. Department of Defense every year, become more efficient and competitive.

But a couple of years ago, Natel Engineering Co. – a fast-growing manufacturer of hybrid circuits and microelectronic modules – was able to do just that. Company officials participated in a transaction with a Massachusetts-based defense contractor to help them on outsourcing the production of hybrid circuits for its high-tech weapons systems, a move that would mean shutting down a Raytheon plant on the East Coast in favor of using the small subcontractor.

“We helped Raytheon close some of their internal, captive manufacturing and give us that business,” said Doug Russell, the chief operating officer of Natel Engineering. “We proved to them that this work was not part of their core competency, that they are a systems designer and developer.” Outsourcing the work, Natel Engineering officials proved, was not only cheaper but would result in a better product.

Today, Natel Engineering makes more than 200 different circuit types for Raytheon, including some high-volume lines. The products that the California company helped to build – including microelectronics for the F-15 and F/A-18 fighter jets radar, as well as Patriot, Sidewinder, Sparrow, Stinger and RAM missiles – played a key role in the recent U.S. military action in Iraq and in Afghanistan.

Growth at rivals’ expense
In the process, Natel Engineering has won wide recognition. The Defense Contract Management Association cited its work during the buildup for the Afghanistan campaign, while in September of this year the U.S. Small Business Association named the firm subcontractor of the year for the West Coast region.

“Natel has done a remarkable job over the last two years,” Bruce Riblett, the manager for the Raytheon fighter-jet radar program, said recently. “We have the utmost respect for their professionalism, diligence and
attitude.”

Natel Engineering, based in Chatsworth, Calif., has been around since 1975. But the last few years, as the company has emphasized outsourcing and branching out into new areas such as medical technology, have brought unprecedented growth.

“We are conservatively on track to implement our strategy that over the next three to five years will increase our business revenue by 25 to 30 percent annually,” said Russell, who added that current year revenues are expected to be $45 million, which is almost three times the company’s output than in 1999. He said that most of the company’s dramatic gains over that time has come at the expense of competitors.

The basic mission of Natel Engineering has changed little since its founding 28 years ago. The firm is a contract manufacturer of multi-chip modules, chip-on-board and hybrid circuits. Its primary customers are in a variety of highly specialized industries that include defense, aerospace, medical, fiber optics, microwave and instrumentation. For more than two decades, the same man had led the company: President and CEO Sudesh Arora, an award-winning electrical engineer.

The hybrid circuits and other microelectronic products that Natel Engineering produces are the microscopic connections that take the power of a semiconductor and allow it to communicate, essentially, with the outside world. Because of the intricate, minute nature of these products, they must be manufactured in a completely clean environment, Russell said. Contamination of any sort will affect the function and compliance of the items being built.

Focus on defense work
The firm’s COO said there’s a reason why the chief focus of Natel Engineering has been on defense and aerospace work and not on more mass-market types of microelectronics. He explained that in order to meet the high standards needed for military equipment, Natel Engineering has to operate “clean rooms” to such a high standard that it would be too costly for any large-scale consumer production.

“There’s always been a problem to take a facility that’s meant for military applications and spin it into the highly competitive commercial world and make it affordable,” Russell said. “History has shown that you can’t do both in the same facility and have the infrastructure be complementary.”

Natel Engineering’s main manufacturing facility is located at the company headquarters in Chatsworth. The total size of the plant is 100,000 square feet, with 23,000 square feet of that devoted to “clean rooms” for hybrid manufacturing. The company also owns a second, much smaller facility in nearby Simi Valley, Calif., that has 7,000 square feet of clean room space, in a 17,000 square foot facility. Russell said that as the company looked to increase its outsourcing business, it also worked hard at taking the very latest in manufacturing philosophy and applying those ideas to its high-tech facility. The push to adopt Toyota-style lean manufacturing and a more in-line manufacturing process as well as Six Sigma quality controls have helped Natel Engineering to increase its yield of sellable product from roughly 75 percent up to a near-perfect 95 percent.

“The implementation of the lean process has meant instilling the idea in the employees that they have ownership of quality and a right to reject product if it doesn’t meet our standards,” Russell said. “They are as interested in a first-pass yield of 100 percent as we are in management.”

The company’s tighter focus has allowed it to push for more business in areas in which precision is as important as it is with high-tech weapons systems. Thus, Natel Engineering has stepped up its efforts in the past couple of years to capitalize on the success and experience of manufacturing medical, military and space related hardware.

Russell said Natel Engineering’s recent revenue growth has allowed it to look to further expand through acquisitions, and he predicted there could be major moves in the next few months that would involve either buying out competitors or even acquiring the captive shop of a large defense prime contractor. He said the eventual goal would be to take the company public – but he also was quick to point out that there’s no great hurry.

“It would be a logical extension of our growth, but we’re not hell-bent on becoming a public company,” Russell said. “We think we do what we do better than anybody else, and as we demonstrate that it will allow us to grow naturally. That’s what we’re trying to do.”