The 3rd most populous city in Colorado, with over 350,000 people, the City of Aurora’s guiding mission is to be an innovative leader in the nation, across all facets of local government – from maintaining superior infrastructure, to ensuring the city is a safe and desirable place to live, work and visit. It meets its mission by adhering to four core values: Integrity, Respect, Professionalism, and Customer Service.

The City of Aurora’s IT organization supports all city departments, including but not limited to: city management, police, fire, safety, 911, and parks and recreation. It does so via two true datacenters that currently support the IT requirements of the city’s 3,000 plus employees, as well as maintains 24×7 access to its public website for its over 350,000 residents, and others that wish to visit. Its datacenters support standard city management applications, such as computer aided dispatch, geography information systems, water and facilities management, police records management, building permits, tax and licensing, golf and recreation registration, financial and payroll system, storage and management, etc.

The City of Aurora’s datacenters supported a storage area network (SAN) that was thin provisioned and oversubscribed. In 2005, Microsoft SQL Server sprawl was reaching unmanageable proportions. The IT team turned to a relatively new technology, VMware to begin to address the ensuing problems, virtualizing about 80% of its servers. It also turned to PolyServe to address the severe SQL Server sprawl issue. Until recently…

“Unfortunately, while our datacenters continued to grow, and as we were adding and refreshing infrastructure and applications, PolyServe was end-of-lifed,” said Danny Santee, Enterprise Systems Architect, Information Technology, City of Aurora. “That meant all product updates and support would be eliminated.” He continued, “A very helpful HP Support Manager actually recommended we check-out a relative newcomer to the space, DH2i, as its co-founders were two of the senior members of the PolyServe development team. He further suggested that he believed that the DH2i solution offered an even more robust solution for SQL Server management, overcoming the previous shortcomings of the PolyServe technology.”

Santee immediately reached out to DH2i to learn more. After exploratory calls, the City of Aurora IT organization initiated a “try before you buy” program on its three Dell Sandy Bridge Servers (each with 2 sockets, 8 cores per socket, plus hyperthreading totaling 32 CPUs per server plus 128 GBs on each) for a 30-day evaluation. After a successful testing period, it went live initially supporting its fleet systems (i.e., responsible for city cars and trucks inventory, maintenance and repair records).

“We were very happy with the licensing model – happy that we could run multiple instances,” said Santee. “For SQL Server 2012, due to our purchase window of SQL Server 2008 R2 with SA, we were able to grandfather-in socket purchases – all sockets would receive a free upgrade. This was a huge win as our goal is always to save our citizens money and spend our budget wisely.”

Santee continued, “The licensing costs for SQL Server on VMware were crazy! The Enterprise Edition was four times as much per CPU, even though we really only functionally needed the Standard Edition. And, while so many still have the silo mentality – ‘if you are doing it for your VMware, then do it for all your databases’ – we must spend our citizen’s money wisely, so this model just didn’t fit for us. Today, not only are we saving money with DH2i, our DBAs are significantly more productive, our systems more highly available and performance has been dramatically improved.”

The City of Aurora now has 686 GBs of SQL Server on its DH2i solution. This will increase to include all of its production SQL Server. Its Compellent SAN (where production DH2i software is now configured) has a current 49 TB capacity.

Further, the City of Aurora is currently in the process of moving all of its 15 additional SQL Server instances (representing 226 user databases) off PolyServe and over to DH2i, upgrading to a mixture of SQL Server 2012 and 2008R2. The goal is also to eliminate all SQL Server 2005, as well as avoid SQL Server 2008.

“The cost of using a VMware-based solution including hardware, Microsoft SQL Server Enterprise Edition together with software support would have cost the City of Aurora roughly $750,000. The cost of the DH2i solution was less than 25% of what would have been spent,” said Don Boxley, Co-Founder and CEO, DH2i. “In addition to saving the City of Aurora a tremendous amount of money, they have been able to virtually eliminate the time needed to ‘fight fires’ and rededicate it to activities that support and enhance the services provided to the city departments and citizens of the City of Aurora.” 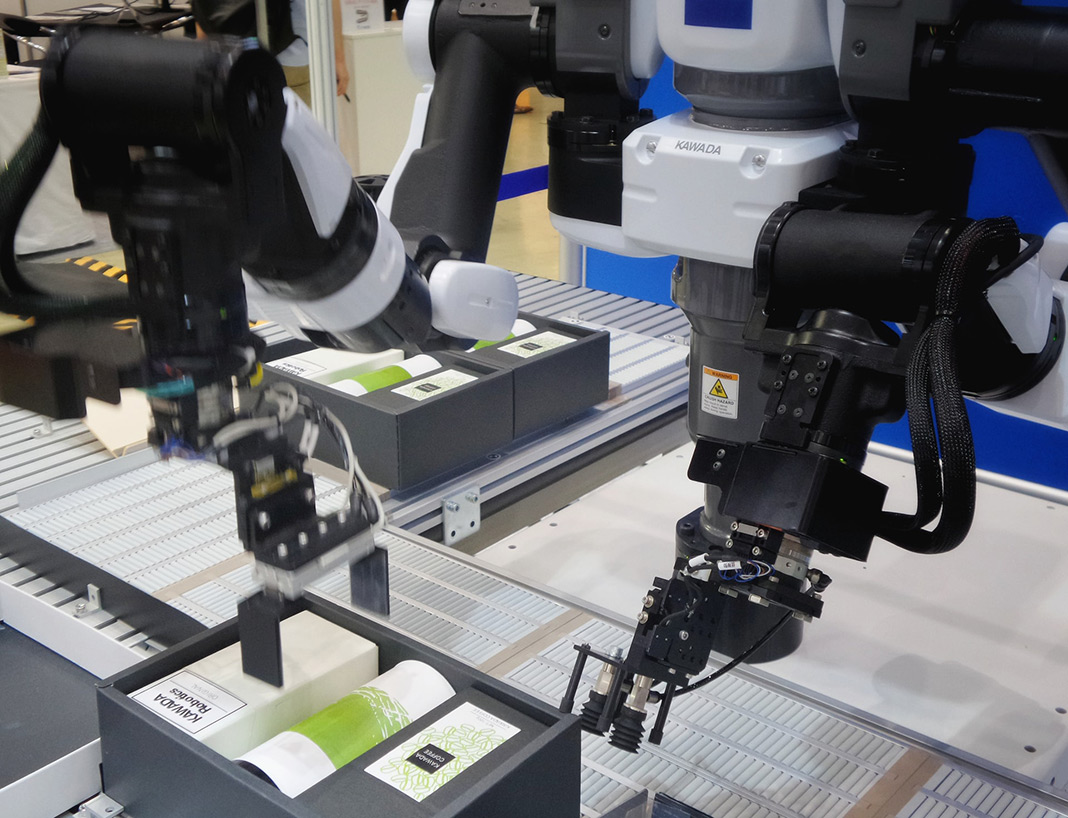 How Can Robotics Shape Your Warehouse?