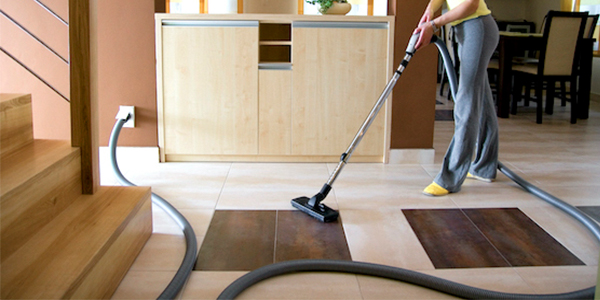 Innovation has been a hot buzzword over the past few years. Management gurus, star CEOs, and headlining high-tech companies have loudly proclaimed their commitment to innovation.

But one of the more compelling stories about innovation comes from a middle-aged, family-owned, Midwestern central vacuum manufacturer named H-P Products. Unlike the mammoth high-tech company that shares its initials, H-P Products delivers goods that are decidedly low-tech. However, the company is driven by a culture of inventiveness that stands out.

Nothing better illustrates this than the rapid and total reinvention of its product line and manufacturing operations. In under 12 months, the company tripled the models in its line of central vacuums and expanded its distribution channels. It re-built its assembly operations from the ground up and installed information technology systems to support overnight delivery of orders placed via the Internet and built on demand. The new setup helps H-P Products react rapidly to market opportunities. “What I’m most proud of in this company is that we’ve developed a culture that is very innovative. Almost everyone in this company adapts very quickly to change so we can respond quickly to our customers’ needs,” says H-P Products President Bud Kirkpatrick.

A clean business
A core portion of H-P Products’ business is its Vacuflo line of central vacuums. A central vacuum is a system built into homes consisting of a vacuum motor and dirt canister located in a basement, garage, or utility room. The motor connects to a series of pipes that run through the inner walls of a house. Inlet valves at various locations connect to long, lightweight hoses and cleaning accoutrements such as wands and carpet brushes. Vacuumed dirt travels through the pipes to a canister and the used air typically is exhausted outside.

The most fundamental benefit of central vacuums is a healthier indoor environment. Central vacuums are more powerful than portable vacuums, so they extract more dirt. And by exhausting outside, they eliminate the problem inherent in standalone vacuums, which exhaust air with residual dirt back into the home.

The potential difference in air quality was highlighted by a 2001 study conducted by two doctors at the University of California at Davis School of Medicine. The doctors reported that 25 allergy sufferers experienced a 44 percent to 61 percent improvement in various allergy symptoms during three months of using a central vacuum system. Dynamics such as these have helped the North American residential central vacuum system’s market grow to $300 million, says Kirkpatrick. Vacuflo’s central vacuum system takes the cleaning model a step further using a technology it calls “true cyclonic filtration.” Cyclonic filtration is an H-P Products-patented technology that separates air and dirt without bags or filters. It works by swirling dirty air through two cylinders, one inside the other.

The inside cylinder tapers toward the outside one at the bottom, creating pressure that compresses the air and forces dirt into a canister. Eliminating bags and filters is important because these tend to clog over time, reducing a vacuum’s sucking power. Cyclonic filtration enables VACUFLO’s system to retain its full power indefinitely, which in turn helps extract more dirt. Cyclonic filtration exemplifies the kind of innovation that has helped H-P Products build and sustain a reputation among customers and distributors as a forward-thinking company.

“They’ve changed with the times. They’re always planning for the future, looking forward to what should be the next step in product development,” says Gary Phillips, owner of a Gary’s VACUFLO, a distribution business in Portland, Ore.

A history of innovation
H-P Products got its start in Louisville Ohio when two brothers-in-law, Harold Bishop and Paul Shumacher helped a friend convert an oil furnace to gas using a commercial conversion kit. Unimpressed by the design of the kit and recognizing a burgeoning conversion trend, the brothers-in-law designed their own conversion kit and launched a company in 1945 and named it after the initials of their first names.

Understanding that at some point all the furnaces would be converted and the need for kits would dry up, Bishop bought out Shumacher and purchased a company that bends metal tubing. He had spied an opportunity to make pipes and fittings used in industrial vacuums out of new thin-walled tubing materials. After building a customer base among industrial vacuum makers, he expanded into pneumatic carrier systems for remote teller machines and grain and feed transportation. HP products still runs the tubular air business today in a 190,000-square-foot facility in Louisville.

In 1955, Bishop hit upon the idea of applying his company’s industrial vacuum and tubing expertise to building smaller systems for homes. At the time, residential central vacuums were custom-built, expensive and limited to a few, very wealthy homes. Bishop developed his residential system, adapting the filtration technique used in the industrial systems. Cyclonic filtration vacuuming for the home was born.

From that day on, the company made incremental improvements aimed at increasing its products’ performance, longevity, and ease of use. In 1961, H-P Products introduced plastic tubing and fittings, which were less expensive, lighter weight and easier to install than metal ones. That development attracted more business. In 1972, the company came out with a compact, easy-to- install central vacuum for recreational vehicles. In 1978, H-P Products introduced hoses that eliminated wire reinforcements and smooth interiors that were easier to use and optimized vacuum power. In 1980, the firm partnered with Black & Decker to develop an air-power carpet brush that didn’t require a heavy motor and electric supply.

In 1990, Kirkpatrick joined H-P Products after being recruited by Paul Bishop, one of two brothers who inherited the company from Harold Bishop. Kirkpatrick oversaw a series of improvements to motor designs, and by 1995, H-P Products was the first central vacuum manufacturer in position to offer a life-time warranty on its units. It is the only one to continue to offer such a warranty today, he says.

Back to the future
By 2000, business had grown to attract a significant but fragmented group of customers including existing home owners, new home buyers, custom builders, and high-volume builders. Each of these customer groups has its own needs. For instance, homeowners are more comfortable with brand names they already know.

In September 2001, to meet the corporate objectives of expanding business and increasing market share, H-P Products rolled out multiple new models that had been developed in house and it significantly increased distribution. H-P Products partnered with Dirt Devil to offer dealers who install custom home electronics such as security systems a central vacuum system, and it partnered with Royal to sell to consumers through commercial vacuum shops. The company now offers 41 models aimed at specific market segments.

To support the larger product line, the company had to completely rethink its operations. Historically, it followed a traditional manufacturing model involving forecasts, manufacturing lot sizes of 100 or more units and keeping a large inventory. But pre-building and stocking 41 models simply wasn’t an option.

“You’re going to go broke from a cash flow basis if you try to keep that much inventory, so we had to reinvent the manufacturing model,” Kirkpatrick says.

So H-P Products set out to create a build-to-order operation in its 65,000-square-foot floor care facility. The company started from scratch to redesign floor operations, using new assembly techniques and tooled components that helped minimize transition time required to build different models. The company invested in information technology to enable its distributors to place Web orders that automatically tie in to the manufacturing operations’ software. Now when a dealer places an order, the company builds and ships the order the next day. The last truck leaves at 4 p.m.

“I call it the Burger King model. What drives the business is a customer order; that has to cause everything else to happen.” Kirkpatrick says.

Radically transforming the entire manufacturing operation in a mature company certainly wasn’t a foregone conclusion. It took a while for people to buy into the need for such profound change and to realize that it could be done. But buy in they did, and now H-P Products is well positioned to expand its culture of innovation and responsiveness which, of course, pleases its dealers.

“From day one they have been an excellent company, one of the most responsive companies I could imagine buying products from. They listen and act on suggestions, they stand behind their product, and they ship on time. They are head-and-shoulders above the rest,” says Phillips. “That has given me the freedom to focus on growing my own business throughout the past 20 years.”