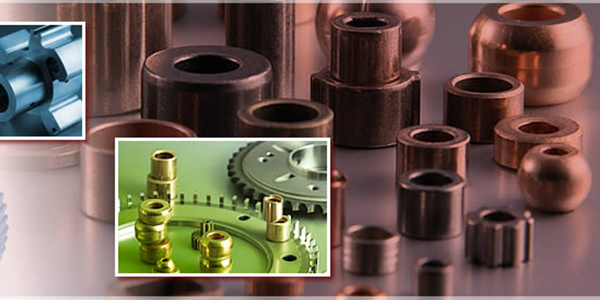 In past days, an auto parts factory like that of Diamet Corp., an industry leader in making key components from powdered metals, might consider dirt a badge of honor — a sign of thriving activity.

But instead, one of the first things that strikes a visitor to Diamet’s 140,000-square-foot facility in Columbus, Ind., is how clean the place is. Company officials are quick to point out that every visitor who is familiar with the powder metal process quickly notes that Diamet’s plant floor is the cleanest that they have observed in the industry. For Diamet, cleanliness is next to profitability.

“We are the benchmark,” said plant manager Mike Gabbard, his voice brimming with enthusiasm. “We are the cleanest powdered metal plant in America and we’re getting better. You can tell by looking. Just walk in and you can tell that everything is cleaned regularly and organized.”

The source of both Diamet’s spotlessness and its executives’ enthusiasm can be summed up in three letters: TPM. They stand for Total Productive Maintenance, a program that Diamet adopted in 2000 and now says sets it apart from many rivals in the auto-parts field. The program seeks to give employees more of a stake in the production process by involving them in every step of their role, rather than treating them as cogs in the assembly line.

‘Cadillac of employee involvement’
“It’s like a race car driver – some know every tweak of the way that a car handles,” explained Gabbard. Scott Davis, Diamet’s manager of product engineering and quality assurance, added “We try to educate an operator totally about everything that goes on in their environment. We empower them with what goes on in their area on a daily basis.” Part of that effort is making sure that tools are cleaned, kept in top working order, and stored in the proper place.”

“It’s the Cadillac of employee involvement,” added Gabbard, although after nearly four years results for Diamet run more like a Rolls Royce. Consider some of these numbers: Labor productivity on the company’s various production lines is up anywhere from 30 to a whopping 61 percent. Customer complaints are also down sharply, 29 percent, while scrap – rejects from the factory process that get tossed out – is down even more, 42 percent. But the most important number may be the one pertaining to employee satisfaction. Diamet’s rate of employee turnover has plummeted by 70 percent since TPM was put in place.

The new-and-improved process is what really sets Diamet apart in the somewhat mundane world of producing hidden auto components like oiless bearings and shock absorber parts. Even in the greatly slowed economy of the last few years, Diamet is thriving, with employee overtime availability to address increasing demand. Said Gabbard: “We’re the exception to the rule. Columbus is heavy in the auto industry, and when people ask me, ‘How are you doing?’ and when I say, ‘We’re working six or the occasional seventh day this week,’ they just look at me and ask why. But it’s partly our diverse product base and our new product lines.”

Diamet has only been around for about 15 years. It was established in 1988 as a subsidiary of Mitsubishi Materials, the Japanese-based major auto-parts supplier that’s linked to the Asian auto giant. At the time, foreign automakers were greatly stepping up their production here in America, and so Mitsubishi wanted a presence in the United States. “Mitsubishi was already supplying directly to the Big Three, but they wanted localization,” said Larry Van Epps, Diamet executive vice president.

Today, Diamet supplies key components directly or indirectly to the Big Three automakers – Ford, Chrysler and General Motors – as well as lower-tier assemblers and parts makers such as Showa, Engineered Products, Aisin, US Tsubaki, Asmo, and Afco. The firm is a leader in powder metallurgy, in which powders of elements or alloys are mixed and then compacted in a die, then sintered, or heated, in a controlled-atmosphere furnace to bond the particles.

100 percent line production
This process is used to make a number of key parts in an automobile – mostly ones that you don’t see. The typical U.S. passenger car uses 39 pounds of powdered metal parts, and that figure is expected to go even higher over the next few years. These are key components in the engine, suspension, fuel pump, electric motors, steering system, braking system, and transmission.

“Transmission rotors is one of our niches and our expertise,” said Davis, “as well as high-precision strut components.” We typically do not target the easy parts. We look for the more difficult parts that can be produced at high volumes.

In addition to the TPM program, officials at Diamet stress that they continue to manufacture all of their products utilizing the line concept – the only major supplier of powdered metal auto parts to do so. Most of the company’s competitors are still using the so-called “batch” process, in which partially completed parts are put in trays or tubs and have to be manually loaded into the sintering furnace. Van Epps said that Diamet is the only powdered metal parts maker in North America, that he’s aware of, that has moved to 100 percent line production.

Thanks to its success in developing high volume production lines, Diamet officials boast that they have placed parts in just about every brand of automobile that you could name. Yet they are already looking to expand their product offerings in the near future.

“We’re getting into sprockets and additional sensors as well as looking at new product potential down the road – in the automobile industry that can be three, four, or five years out,” said Van Epps. He and his fellow managers are confident that TPM will play a key role in the company’s growth.

Just since 2000, Diamet has been able to grow its business every year even as the increased productivity has allowed it to shrink its workforce, through attrition, from 300 employees down to just over 240. In the meantime, the firm has expanded the size of its plant in Columbus three times since it opened in 1989. Diamet is now a $40 million company, and that number is expected to rise.

Davis says a lot of the credit for that must go to the TPM process. Said Gabbard: “We tell our employees that it’s like a journey around the world, instead of a one-destination vacation.”