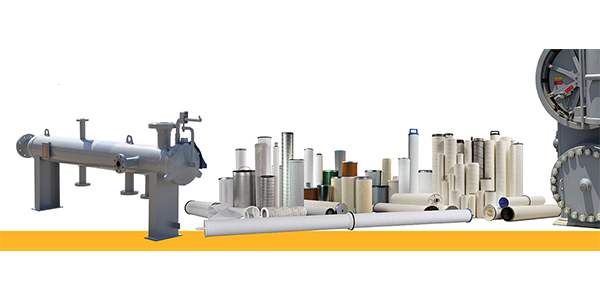 A combination of old-fashioned family values and progressive technology has made the Perry Equipment Corporation (Peco) a trailblazer in its industry. Through three generations, this family-owned business based in Mineral Wells, Texas, has added to the body of knowledge in the field of filtration and separation.

In 1936, in the midst of the Great Depression, Dunman Perry, Sr., saw a need in the Texas oil fields, where the transmission line pumps were having problems with their lube oil. They developed lacquers and varnishes that became oxidized and formed deposits in the crankcase. This contamination of the lube oil was causing excessive engine wear and maintenance. Perry devised a bypass lube oil filter, which became Peco’s first product, and was successful enough to enable the company to grow and thrive to serve the industry and nation through the war years.

The company flourished in the following years based on its initial contributions, until the early 1960s when Perry’s son, Dunman Perry, Jr., made a technological breakthrough with his innovative gas filter/separator. The natural gas industry had been in dire need of some way to clean up the contaminants that pervaded the gas they were pulling from the ground. Peco’s patented Gas FilterSep® continues to serve as the standard in the gas transmission industry, where Peco has been a leader, and it forms Peco’s core business today.

Today, the bulk of Peco’s business is in two distinct markets: the oil, gas and petrochemical industry; and the chemical process industry. According to Marketing Manager Gene Minichello, these are two separate business units with two sets of products. “Some of the products can cross over, but we try to make a distinction between the two units.” Other industries serviced by the 400-employee company include: food and beverage, electronics and utility, in addition to general industry applications such as machine tool coolants, hydraulic fluids, off-road equipment and water purification. The company’s impressive customer list includes such industry giants as BP/Amoco, Chevron, Coca-Cola, General Electric, National Semiconductor, Shell, Tenneco and Texas Instruments.

In a recent mission statement, Laine Perry, president and granddaughter of founder Dunman Perry, Sr., reaffirms Peco’s long-standing philosophy: “The company has grown through these many years because we have a timeless vision that includes our customers, our employees, our products and our family….Our products are solidly based in new technologies that we develop to better serve our markets…. Peco is a company that believes in producing the best quality products….We believe the customer is not an interruption of our work, but the purpose of it….Peco believes our employees are our most valuable resource, an extension of our family and its values….There are many formulas for success, but these are ours. Past successes and basic family values weave themselves into an intricate tapestry that assures our customers, our employees, our family, a vision and a road map for the future.”

Over the years, Peco has built a solid reputation as a supplier of first-rate products. As stated in the company’s Quality Policy, its goal is to “set the standard for quality in our industry through continuous quality improvement in all interactions with employees, suppliers and customers.”

Of its five manufacturing facilities, two have received the prestigious ISO 9001 certification for compliance with international quality standards: the Norfolk, United Kingdom, plant; and the company headquarters in Mineral Wells, Texas. The company also operates a facility in Calgary, Alberta. And in June 2000, two new plants will open in Mexico.

To continue its distinction as a market innovator, Peco has stepped up research and development efforts in recent years. The result? The creation of a revolutionary patented technology for manufacturing filter elements called PEACH™ (Peco Engineered Applied Conical Helix). The PEACH® technology consists of several lateral sections of media formed into a conical helix pattern. Each section consists of multiple helical wrapped layers. Through thermal bonding, spiral layers are applied to conform and overlap the previous layer, forming a cone – the conical helix structure. This structure results in a graded density pattern that yields high contaminant loading, structural strength, maximum efficiency and excellent reproducibility.

While most of their competitors manufacture filters using material that was originally designed for other purposes, Peco’s PEACH® process starts with Peco Engineered Media (PEM), which is designed specifically for its filters.

Many new products have arisen out of this new technology, including a PEACH® gas series and a PEACH® liquid series. One innovative new product, the patented PEACH® Gemini PuraSep™, succeeds the company’s widely accepted Gas FilterSep® developed in the 1960s. An improvement over the original gas filter, the PEACH® Gemini PuraSep™ has a filtration purifying level of 0.3 microns, and can handle higher levels of dirt.

What’s ahead for Peco? More solutions for Peco customers. Says Minichello, “We have about 12 new products in the pipeline. They should be released within the next 18 months. Most of them are based on the new PEACH® technology, or on our capacity to produce media. We’ve put a lot of resources into R&D in the last two or three years. What we’re trying to do is keep coming up with innovative technologies to satisfy our customers and markets. This has been our focus from the beginning and will continue to be our focus.”

A worldwide presence, Peco also has its eye on the international marketplace. In addition to strengthening its sales force and engineering support in various foreign offices, Peco is working to establish licensed manufacturing in such far-off locations as Malaysia and India. It is also upgrading its ERP system to make it easier for its customers to do business with them.