Until the 1960s, most American public schools offered shop courses focused on practical subjects such as carpentry, electricity, metalwork and print. Those classes were a standard, and frequently a required part, of high school education. And many of their students continued on to pursue careers in manufacturing and other skilled trades.

But then something happened. Public, private and independent programs, often with support from civic and educational leaders, came onto the scene – programs that elevated the importance of advanced academic study for everyone. Teaching, testing, and funding for schools, as well as individual teacher salaries, became linked to their success at placing students in colleges and universities. College admission was, it came to be understood, the preeminent goal of public education; the more students placed in well-known institutions of higher education, the greater the prestige for that school system and the rewards to its staff.

Factory jobs, many teachers believed, were considered ‘low tech’ and poorly paid. America’s future, they were convinced, lay in a knowledge-based economy. Steering students toward white collar careers and into professions where they could fulfill both their work and financial aspirations was thought to be a central role for the nation’s public schools.

It was a shift that carried consequences. Colleges expanded into universities. Enrollment numbers escalated. Student debt exploded. And it’s now been decades since students were exposed to hands-on vocational trades as part of their high school experience. Instead, the tenor of the times demanded that higher education – particularly liberal arts and the learned professions – were the appropriate goals for schools to set for their students.

Of course, higher education is genuinely valuable. I don’t doubt its importance to the nation’s well-being. Nor do I dismiss the value of philosophy, literature or science in the lives of many students. However, a companion distain for jobs in manufacturing is seriously out of date. Manufacturing products of all kinds remains essential to the nation’s economy. Manufacturing jobs and their work environments are now very different than the dark, gritty assembly-line images associated with factories in the past.

The shop floor areas in most major manufacturing operations today are clean, brightly lit, high-tech workspaces where workers’ sophistication in controlling digital machinery has almost entirely replaced the backbreaking and often dangerous factory work of generations past. Workers are trained in the use of costly equipment capable of turning out precision product components. And their training – almost always at the expense of their employer – is ongoing as the technology of their industries and processes of their workspaces continue to evolve.

Today’s high-tech factory workers are far better paid than their counterparts of years past. But in addition to good pay and advancement opportunities, most are free of the crushing college tuition debt that many of their high school classmates will carry throughout much of their working lives. Even so, the need for factory employees today is acute.

Experienced workers, including aging Baby Boomers, are retiring at a faster pace than they can be replaced. And recent immigration restrictions are sharply limiting their jobs from being filled by workers born abroad. That gap – between the talent that’s available and the talent that’s required – is only growing. Particularly in locations where state-of-the-art manufacturing equipment, agile production strategies, and advanced work practices are in place, the need is particularly acute. Nor is it unique to the United States; many parts of Europe are experiencing the same problem.

There are, however, models for cultivating a sophisticated manufacturing workforce. Germany comes particularly to mind with its multi-track school curricula and workplace apprenticeship programs along with a more positive attitude toward factory workers. Some U.S. states and school districts are also making strides in that direction.

Amazon recently said it would invest $700 million to train roughly a third of its entire workforce over the next six years on automation and other advanced technology. AT&T and Walmart are among the other U.S. firms that have announced similar initiatives. And America’s National Association of Manufacturers, which counts Caterpillar, Merck, Salesforce and Boeing as members, has announced a five-year strategy to improve and expand access to STEM education.

Of course, none of these measures reprise America’s old school approach to vocational education from decades past, but they all promise help to ease the serious and growing shortage of highly qualified factory workers with a mind for advanced technology.

Tom Hennessey is the VP of Marketing & Business Development at iBASEt, a leading provider of digital manufacturing, MRO and quality software solutions. 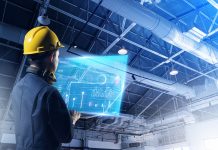