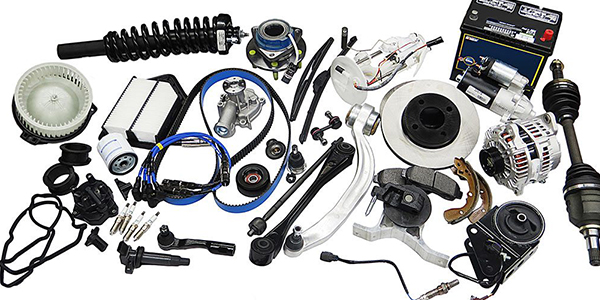 Remanufacturing used automobile parts doesn’t just save money. Industry leader ARI – the name stands for American Remanufacturers Inc. – wants you to know that using the latest technology to remanufacture auto parts such as brake calipers, drive axles and power-brake boosters also helps to save the environment. It also helps to conserve energy.
Larry Pavey, the chief executive officer of ARI, noted that remanufacturing auto parts keeps the parts out of a landfill, where such equipment has been known to leak gear fluid and other substances that are harmful to the environment. Likewise, Pavey noted that melting metal and recasting it in a foundry to produce brake calipers requires a large amount of electricity.

“Our business provides cost effective replacement parts that are remanufactured to the original specifications and performance criteria. In addition, there are benefits to the environment and energy savings that benefit our country and communities. While the business is driven by economics, all of these are important.”

Born in California
The Chicago-based company has been around for more than two decades with an ever-expanding product line that has grown to now include newly manufactured parts, including components for clutches, brakes and disc pads. But remanufactured parts have really fueled ARI’s rapid growth.

Pavey said that the company was launched in the early 1980s in Southern California, strictly to remanufacture brake calipers and sell them in the regional area. “It really grew from there,” he said.

At the time, the auto industry was looking more toward remanufactured parts because of the rapidly rising costs of new ones. What made ARI was a special technology for installing the friction material in the caliper that both improved the overall quality of the job and allowed for faster installation. Said Pavey: “It was bolted together and ready to install, so it took off and became a major product line for the company.”

That caliper technology is still in use today, but in the meantime ARI continued to expand so that, in the words of Pavey, it makes “everything a customer would need to service the underbelly of a vehicle.”

ARI’s products include remanufactured CV drive axles, disc brake calipers, power steering pumps, gears and racks and power brake boosters. ARI also distributes premium clutch kits and a full line of premium brake components. Pavey said most of the company’s sales are to large wholesalers and through well known parts firms such as CARQUEST or NAPA Auto Parts, although there is also an increasing number of retail customers. ARI also sells to some original equipment manufacturers, including Daimler Chrysler and Mazda.

In 2003, the company moved to strengthen its position within the industry by acquiring CCT, or Car Component Technologies. Pavey said that did two things – it allowed the firm to dramatically strengthen its position on the East Coast and in remanufacturing axles, where CCT held an edge. CCT became a key operational unit of ARI based in Bedford, N.H.
The corporate headquarters of the privately held company is now based in Chicago. However, about 800 employees still work in the company’s main production facility in Anaheim, Calif. Prior to the merger with CCT, the company also operated facilities in Bedford; Phoenix; Compton, Calif.; Cleveland; Batesville, Miss.; and Ontario, Canada. Total employment is roughly 2000.

In the clutch
Pavey said that the new equipment line is now 25 percent of the company’s business, but he’s expecting that to grow substantially over the next few years. One of the most popular products is ARI’s complete, five-piece clutch sets available for most foreign and domestic vehicles. These include a clutch cover manufactured by OEM suppliers with heat-treated diaphragms and designed for proper fit and function for easy installation, and a clutch disc made with premium-grade friction materials for long life and smooth, positive engagement.

One area in which the company has seen strong sales is its Continuous Velocity, or CV, drive axles. First, all shafts are meticulously inspected. To ensure vibration-free performance, any shaft that is not straight or that has damaged splines is thrown out. Next all threads are chased and seal surfaces machined and polished for easier installation and longer seal life. Outer and inner constant velocity joints are remanufactured to ensure quality and performance. All new metal slingers and dust shields are used to keep sealing surfaces clean, along with new ABS Rings for trouble-free anti-lock operation.

Every component of an ARI premium rack and pinion unit is inspected, remanufactured and often replaced with an entirely new part. Rack shafts are precision machined, new seal packs are installed, port threads are inspected and new O-rings are provided for leak-proof installation. Long life steel sleeves are installed in most domestic and import aluminum housings.

Pavey said that ARI is also optimistic about its new line of clutches, which is doing well even as automatic transmissions continue to comprise a larger share of the automotive market. “There’s a fair number of the more exotic vehicles still in use,” he said.

In the end, however, technology is just one part of what makes ARI such a successful company.

“The company, from its very first day, is a customer-focused, customer-oriented company, and we pride ourselves on that, and we want to make that part of the culture,” Pavey said. “Our growth and our success depend on finding out what the customer needs and finding a way to meet or exceed that. That’s the message that we’re trying to get out.”

In order to meet that goal, he said, the company has a staff of 12 ASE certified technicians who man the company’s “1-800” number to talk to people in the field and help them with their problems. “We’re interested in helping no matter what the issue – even if it’s not coming from a part we sell.”

In the end, reusing parts isn’t ARI’s only contribution to the environment. It’s also improving the climate for doing business.