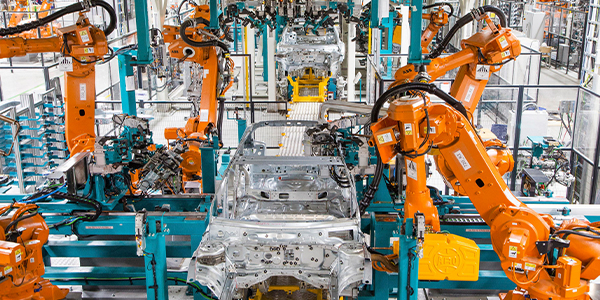 Making advances in protective coatings
is the passion of Sermatech International. Headquartered in Pottstown, Pa., the company has been developing the expertise and applying engineered protective coatings with help from its state-of-the-art service centers throughout the world to serve original equipment manufacturers (OEMs), tier one suppliers and end users in the aerospace, oil & gas, and chemical processing industries.

“That’s something that sets us apart from our competitors,” says Tom Lewis, Senior Vice President and Chief Technology Officer for Sermatech International. “We are not only experts at applying coatings, we also have an exceptional track record of developing and manufacturing them. Our products and services save our customers in fuel costs, replacement parts and repairs by keeping their equipment running longer and more efficiently.”

Smooth Performance & Chrome-Free
The right protective coating significantly prolongs the life of equipment, reduces operating costs, and solves a multitude of performance and production challenges. Sermatech’s experience in developing and applying engineered coatings for specific applications, an extensive family of products, and the ability to offer customized solutions have made it a significant niche player and often in the top two spots in any given marketplace it serves.

“Our coatings protect machinery against the ravages of corrosion, erosion and wear. They can enhance the nonstick or anti-fouling properties of in-service equipment. They provide corrosion barrier or sacrificial protection for a variety of metals. And they shield valuable components against extreme temperatures, chemical solvents, high humidity, high acidity, wind, sand, salt spray, marine environments, and other severe conditions,” says Lewis.

The origins of these innovative coatings can be traced back to Charlotte Allen, who developed a graphite-filled dry-film lubricant for use in a nuclear reactor. She developed a binder that would bond practically any filler material that could be reduced to the right particle size and would survive 615° F for 15 minutes.

Initially the coatings were used in steel components and engines to stop corrosion, but then in the 1970s and early 1980s the company found it could make a very smooth version of the coating that saved fuel. “We discovered we could increase efficiency by one-half to 1 percent,” says Lewis. “It doesn’t sound like all that much but it translates into $150,000 to $200,000 per engine and every airplane has two – so the savings were in the millions.”

Sermatech diversified over the next 10 years offering a full array of coatings for gas turbines. In the early 1990s it diversified into the oil and gas, electronics, and chemical processing markets and by 2000 it started developing environmentally friendly coatings (hexavalent chrome free), which are just being accepted and introduced to the market in recent months.

Globally Geared, Lean Focused
In addition to its headquarters, Sermatech has 10 locations across the world including facilities in Korea, Germany, two in the U.K., Canada and throughout the U.S. Typically, the manufacturing facilities range in square footage from 20,000 to 100,000 square feet. “The purpose of having multiple facilities is because coatings are the last step in the manufacturing process,” says Lewis. “We need to be close to our customers to create a lean manufacturing environment, thus reducing our customer’s inventories.”

Lean manufacturing is more than a buzzword at Sermatech. It is intricately woven into the company’s processes. “We need to make our processes such that they fit right into the customer’s workflow. For instance, we have one process that we’re doing now for a customer who is about one hour from our facility, they send a truck in the morning, we process several thousand parts for them, and eight hours later, it’s back to the customer. It fits within a shift and we have six hours to coat the parts and ship them back.”

Another Sermatech lean solution is its shop-in-shop concept. In Samsung Korea, Sermatech actually put a coating facility inside the Samsung plant for optimum efficiency.

“In aerospace they’re always trying to reduce fuel and increase efficiency. What we’re finding is new engines have new problems that we have never been seen before. So we find ourselves addressing new types of corrosion that develop new types of alloys that in the past have never corroded before,” says Lewis.

Sermatech is coming up with advanced coatings for hot sections of gas turbines to last longer and operate more efficiently. “We try to help the engineer who is designing the machines reach his goal. So if he wants to run at a higher temperature to increase the efficiency of the engine, we do everything we can to help him make that a reality,” says Lewis.

One such process that grew out of collaboration with customers is SHORCOAT®, developed in conjunction with Short Brothers plc as an alternative to anodization of aircraft aluminum skin surfaces. The SHORCOAT process was designed to maintain its cosmetic appearance while operating under corrosive, erosive and deicing conditions. SHORCOAT offers greatly improved corrosion protection to bare aluminum alloy, easy touch up capability during manufacture, consistent metallic color, touch up without removing components and no loss of fatigue strength.

Protect & Serve
In future months, Sermatech International will expand its already impressive global presence into the growing regions of Eastern Europe, the Middle East and China. While the company has enjoyed steady growth over the past several years, it also has a goal of doubling its size in the next three years.

In order to protect the environment Sermatech has also taken a leadership role in developing new compliant coatings, such as its CS (Compliant Solutions) and CF (Chrome Free) coatings that are being evaluated and used in the aerospace industry. and services through continuous research efforts. Members of its research team have backgrounds in metallurgy, materials science, inorganic and organic chemistry.

Ultimately, it is the perfect marriage of customer and product that fuels Sermatech’s administrators and engineers. “Our primary market focus is on being an OEM/first-tier provider of coatings and services and meeting our customers needs and requirements,” says Lewis. “Our dedication to research and development, supported by our own metallurgical and chemical laboratories, coupled with our internal engineering capabilities, and our constant drive toward operational excellence assures our customers the continuous development of new technologies that will meet their needs for years to come.”