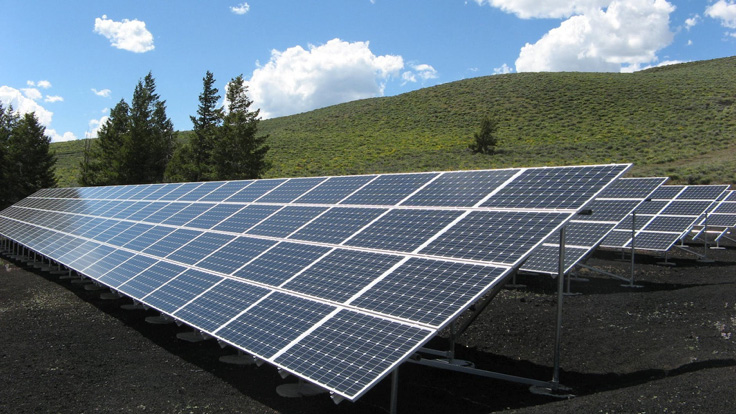 There are a wide range of technologies used to generate electricity through solar light energy and here is a commercial application.

Solar energy research and use have been increasing with the passing of time. The thought of having an unlimited source of energy that doesn’t harm the environment is far too attractive to let it slide. For home and business owners, this has become quite the chance.

That’s why you can, in some places, start to see sunlight-fueled lighting around. Some homeowners have taken the audacity to build houses based on this system, too. If you are thinking of building a parking lot or perhaps just adding some light to the exterior side of your house, you should consider using commercial solar lighting.

There’s a wide range of technologies used to generate electricity through solar light energy. You can find heating devices, thermal energy devices, photovoltaics, and much more.

What’s so great about it is that it is a completely renewable source of energy. There are two categories when it comes to the technologies used to turn solar light into energy: active and passive techniques. If you want to know more detailed information about both, you should visit https://en.wikipedia.org/wiki/Solar_energy.

Understanding it: How It Has Affected Modern Architecture

Believe it or not, even during ancient Greece and China periods, people used the power of the sun to their advantage, designing their buildings to face the south so it could provide both light and warmth.

In the modern era, some homeowners have decided to build their houses with the idea of using solar energy to fuel their electric appliances. With that said, some countries don’t like this idea. Spain, for example, has forbidden the use of panels for private purposes, punishing people that ignore this law with a huge. Still, most countries allow it.

China, on the other hand, has become very dependant on the use of solar energy, and this is due to the damage they have done to their own environment because of more standardized methods and techniques to obtain electricity. More than 70% of all panels produced and used in the world are attributed to China. Still, in 2017, solar energy was only 1,84% of the total electricity produced by the country.

The Benefits of Solar Energy

One of the main reasons why this type of energy source is being held in high regard is because of how harmless it is to the environment. Since it doesn’t produce CO2 emissions or other harmful gases, it is a very environment-friendly source of energy. Still, there are other benefits to add.

This investment is great in the long-term run because you’ll be saving money that otherwise you would be paying in electricity consumption. As mentioned in this article, although the investment may be big at first, solar-energy technology maintenance and function costs are pretty affordable. Of course, there are other advantages to it and recommend you to check the article if you want to learn more about them.

There are several reasons why someone might want to purchase this type of commercial lighting for their business ideas, or homes. If you are thinking of buying solar lighting for a parking lot, for example, these reasons might convince you to stick to the idea.

The first reason is that commercial lighting fueled by sunlight is self-sustained, and may even last for 5 days if you purchase the right model. Some models come with a battery backup that works wonders when something happens. If your area is prone to blackouts, that’s a really good investment.

Secondly, you won’t have to worry about electricity bills. Since these lights produce their own electricity thanks to the sun, you’ll save a lot of money in the long-term run.

Some models are pretty easy to install and set up. Most of the time, commercial solar parking lights are grid-dependent, meaning that you can install them almost everywhere, depending on the model you decide for.

And, seeing it from a more naturalist perspective, you’ll be adding your contribution to the world’s environment. It’s a win-win situation. Of course, you’ll have to be willing to do the first big investment, but when time goes by, you’ll notice that you took the right decision.

Economic Climate Holding Back 70% of US Manufacturers