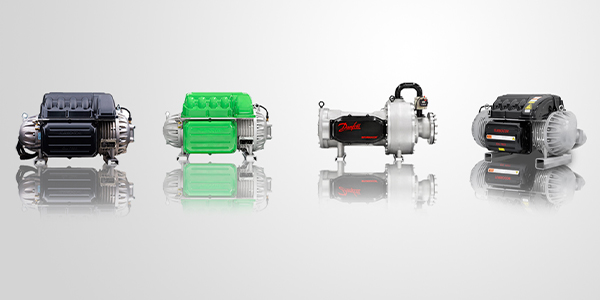 PM Inc. had a problem. As explained by Walter Pipan, engineering manager for the California plastics firm: “If the chillers went down, the whole plant went down. And we didn’t trust the chillers.”

His manufacturing facility, one of the largest plastics firms on the West Coast, produces a wide array of plastic parts for applications such as crates, containers, trays, and many complex specialty parts. Injection molding machines absolutely rely on a flow of chilled water to remove process waste heat.

Until recently chilled water was supplied to the facility by an older 150-ton, water-cooled chiller, with six reciprocating compressors and a 106-ton water-cooled chiller with two screw compressors. Additionally, there was an air-cooled reciprocating compressor chiller that was in reserve, though its condition was questionable. The chillers and related equipment are located at grade level in a mechanical yard adjacent to the manufacturing building.

UPM went to Thermal Care, Inc., a process cooling product manufacturer headquartered in Niles, Ill., that specializes in chilled water equipment for industrial applications. Thermal Care recommended removing the water-cooled and the standby air-cooled reciprocating compressor chillers in stages and replacing them with two chillers custom-designed for the installation. The new units featured a new type of centrifugal compressor manufactured by Danfoss Turbocor Compressors, Inc. Thermal Care and Danfoss Turbocor had worked together for over a year in the development of this chiller product.

Because the new system would operate at a dramatically higher efficiency than the existing chillers, UPM was eligible for a rebate from the electric utility, Southern California Edison, which would further shorten the project payback. In early 2003, the water-cooled reciprocating chiller was removed and replaced with the first Thermal Care chiller. In June 2004, the air-cooled machine was removed and replaced with a second Thermal Care package.

An oil-free solution
At the heart of the two new chillers are the Danfoss Turbocor compressors, which have a number of advanced features that contribute to their high reliability and performance. The Turbocor machine is an oil-free design: the shaft and twin impeller assembly is its only moving part. The impeller shaft rotates on magnetic bearings, which eliminate friction and wear in the compressor and reduce noise. They also require no oil, avoiding many associated maintenance costs and problems.

The fact that these compressors helped UPM to make its operation more efficient is no surprise to Danfoss Turbocor, whose invention of the oil-free compressor has enabled more than one operation to run more efficiently. “Our compressors are 33 percent more efficient,” relates Vice President of Sales and Marketing Gene Smithart. “Being oil free brings a whole raft of benefits,” he stresses.

Danfoss Turbocor’s mission “is to redefine lifetime operating costs for commercial HVACR applications.” The company has dedicated its operation to the design, manufacture, marketing and support of “the world’s most efficient” commercial refrigerant compressors. With its breakthrough convergence of industrially proven component technologies largely sourced from the aerospace industry, Turbocor’s compressors promise new horizons in energy efficiency and lifetime operating costs for mid-range chiller and rooftop HVACR applications.

The company was founded by Ron Conry, who spent the first 25 years of his career as a service technician, explains Smithart. “He had many years of experience during which he put together a mental image of what was really needed in compressors and formulated ideas.”Conry started the company in Australia, but to get closer to the North American market, he moved the plant to Montreal in 1999. In 2004 Denmark-based Danfoss A/S and Montreal-based Turbocor Inc. formed a 50/50 joint venture that became Danfoss Turbocor Compressors, Inc. At present, the company is immersed in a move to Tallahassee that is expected to take most of 2006 to complete.

Citing a need to expand to meet rapidly growing customer demands, Joe Orosz, President of Danfoss Turbocor, said at the time of the move announcement: “We are excited about this move and the potential it offers to both our company and to our customers. The Tallahassee plant’s production capacity potential of over 10,000 compressors per year, a production goal we will exceed in the next several years, will allow us to meet rapidly growing production demands and underscores Danfoss Turbocor’s growing leadership position in the commercial air conditioning market.”

Re-locating the new plant in Florida is part of a global Danfoss Turbocor’s strategy to place manufacturing facilities in the markets they serve as well as positioning operations to take advantage of high-tech resources. “Basically, if you’re involved in magnetics Tallahassee is the place to be because the U.S. Navy and NASA have magnetics labs there, plus Florida State and Florida A&M both offer degreed programs on magnetics,” Smithart says. And exactly how does this affect Danfoss Turbocor and its lines of products? “The way you produce oil free bearings is through magnetics,” Smithart explains. “The shaft is levitated and held on a cushion of magnetism, which is why you need no oil to lubricate the bearings.”

Hotel engineers like the fact that Turbocor can generally be adapted to either use the existing refrigerant or cost efficiently convert an existing system to R-134a, reducing the expense of costly equipment replacement. This can prove to be a huge savings for existing mechanical rooms especially where access and rigging are difficult.

Experience has shown that Turbocor compressors can cut compressor maintenance costs in half compared to traditional “oiled” systems. There are no annual oil inspections, no oil changes, no oil-filters, and no expensive teardowns. In addition, Turbocor compressors redefine “soft start,” pulling less than 2 amps at startup versus 500 to 600 amps with a 75-ton, 460-volt X-line starter for screw compressors. Plus, the compressor only weighs 265 pounds. Two workers can lift it without the need for a crane.

Likewise, the healthcare industry can reap the same benefits as it looks toward challenges in increased government regulations, spiraling cost of health care technologies, tightening availability of qualified doctors and nurses, to name a few. These challenges extend to the HVAC systems critical to quality health care and encompass the need for comfort and reliability, energy efficiency, emergency operation, remote monitoring, and reduced maintenance budgets.

For manufacturers, the benefits are many, as unplanned equipment shutdown can cause the greatest problem. Equipment used for comfort or process cooling can certainly be included in this scenario, as was the case with UPM. Additionally, in today’s economic climate, equipment energy efficiency is mandatory, especially in applications that frequently operate 24/7. Wasted energy can make a major difference in product profitability. Yet many facilities are still using outmoded chiller technology for process or environmental cooling applications. The solution to inefficient cooling compressors is the Turbocor compressor, which is up to 50 percent more efficient than similarly sized compressors, especially at part load conditions. Reduced maintenance costs, the need for emergency generation and remote monitoring are also factored in to the engineering of each Turbocor compressor.

Military ready
Not only has Danfoss Turbocor’s technology aided businesses and other institutions, it is also being employed by the Navy under its Techval Program, which is operated out of the Naval Facilities Engineering Service Center. The program was created by the Navy to assess the effectiveness and viability of technologies that have potential to reduce energy consumption, pursuant to the goals set forth in Energy Policy Act 2005 (EPACT05). EPACT05 requires all Federal agencies to exhibit leadership in implementing energy efficiency improvements.

The Navy’s Techval program has numerous ongoing activities studying installations of actual equipment, comparing their efficiency and reliability with conventional technology, in actual installations. This program is currently utilizing three Danfoss Turbocor oil-free centrifugal compressors with conventional chiller technology, which have proven advantageous in a number of ways: for starters, they are quieter than traditional screw compressors; being oil-free eliminates oil related maintenance and prevents oil contamination of the evaporator. In addition, because it uses a direct-drive, two-stage centrifugal chiller complete with a variable frequency drive, the compressor operates more efficiently, especially at part load, and generally 30 percent better than typical screw compressors.

Such advances in technology have garnered the company much recognition in its field, including the receipt of the prestigious U.S. Environmental Protection Agency’s (EPA) Climate Protection Award. Danfoss Turbocor’s was only the second HVAC refrigeration technology to be selected to receive this highest of environment awards. “We feel that the Turbocor technology epitomizes the goal of the U.S. EPA’s Responsible Use vision; a vision that encourages owners, system designers, and manufacturers to invest in highest efficiency/lowest emissions technologies and then provide documented sustainability of this high-level performance over the entire lifetime of the product, system or service,” commented Brian Evans, Turbocor President & CEO, at the time the award was made.

Given these milestones, it stands to reason that industry can expect more of the same in the way of efficient, time- and cost-saving systems in the future from Danfoss Turbocor.